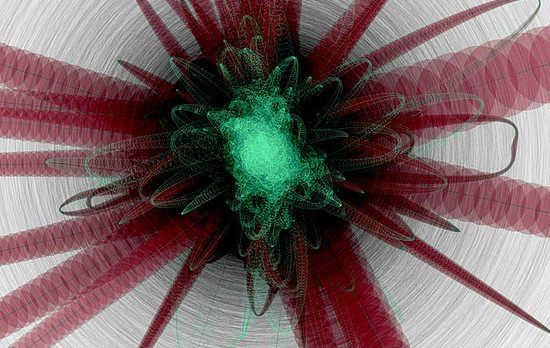 Vortices of any kind are cool, especially when they’re small and harmless, as opposed to huge and deadly, à la tornadoes. Leave it to scientists, though, to find something ridiculously cool but on such a small scale that you can’t even see it. See, for the first time, scholars have fashioned a lasso made of ultrasonic sounds that can ensnare and move around microscopic objects.

In a study published online in Applied Physics Letters, the team demonstrates how infinitesimally small particles, like cells or any other microscopic objects, can be caught in an ultrasonic whirlwind — or “sonic lasso,” which sounds to me like a 3rd-level wizard spell. 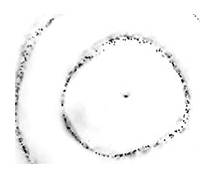 This ultrasonic vortex can then manipulate and move around said objects, opening the door to further advances in nanotechnology, not to mention the manipulation of cells in human tissue.

Professor of ultrasonics Bruce Drinkwater — who has a very cool surname — led the study. He said:

“Our research has shown we can grip and move particles pretty much anywhere and along any path. The impressive thing is that it is completely non-contact, harmless and so ideal for moving delicate things, such as cells, around under a microscope. With further development this could be used to assemble human tissue as part of a tissue engineering production line.”

So how are they doing this?

With Bessel-functions, of course! They’re acoustic vortices with waves that carry linear and rotational momentum, making the objects they capture move with them. Consisting of 16 ultrasonic sources, a circular device is used to generate and focus an acoustic field within a chamber. Then adjustments can be made to the signal phase of the device, which moves the Bessel-function pressure field — the lasso — and the unwitting particles in its clutches.

While I like to imagine the scientists are wearing chaps and spurs, I’m fairly sure they’re doing their lassoing with lab coats and buttons. Still…very cool, in a Doc from Back to the Future sort of way.

(via PhysOrg, images courtesy of Bruce Drinkwater, and Anthony Mattox on Flickr)