Fish Communicate Via Farts, Nature is Truly a Beautiful Thing

Just when you thought it was safe to get back in the water. 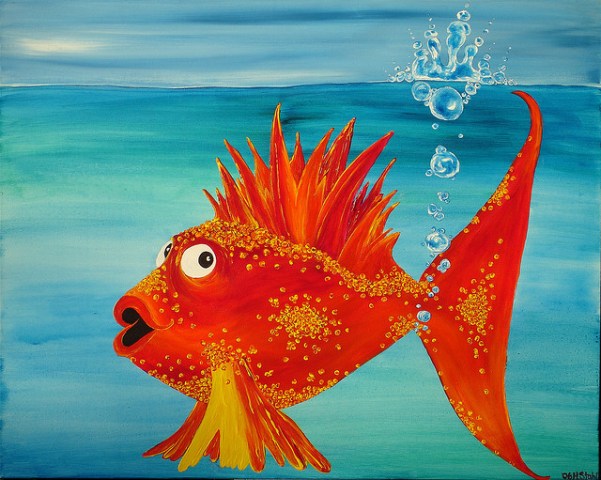 It’s long been known that herring are noisy fish, especially when they’re chilling in groups. Now a team of scientists eager to unlock the mysteries of fish friendship have discovered that herring use air emissions from their anuses to communicate with their species, and just in case you’re still not clear what’s going on here, the sound has been christened “Fast Repetitive Tick”, or FRT.

Scientists interested in the strange noise associated with the fish captured Pacific and Atlantic herring to observe their mysterious “burst pulse sounds” in captivity. The team recorded that the herring emitted “broadband pulses (1.7-22 kHz)” that “lasted between 0.6 s and 7.6 s”, and that the higher the concentration of herring in one place, the more pulse sounds an individual fish was likely to produce.

The pulses also occurred more frequently at night, and appeared unrelated to subjects’ feeding habits or access to air. Thankfully, science had a video camera to crack the case! The study explains that “video analysis showed an association with bubble expulsion from the anal duct region”. Since the scientific literature is understandably so dry, take a minute to think of the work that went into utilizing that fart footage: some scientist undoubtedly spent days watching an air bubble emerge from a fish’s anus, forwards, backwards, and in agonizing slow motion, all so that humanity could recognize how vastly inferior our own forms of communication are.

The study (which was published a while ago, but fish farts are timeless) says the video analysis is significant since  “sound production by such means has not previously been described”.  The research could also help humans conserve the “commercially important” fish by shedding light on herring social interactions as well as the impact that our noise pollution could have on their population. In the meantime, science, maybe we should change the fish’s name… to smelling.

(Discover via Neatorama, image via ArtsieFartsie)