Trump Budget Would Eliminate Funding for AmeriCorps, NPR, PBS, and the Arts 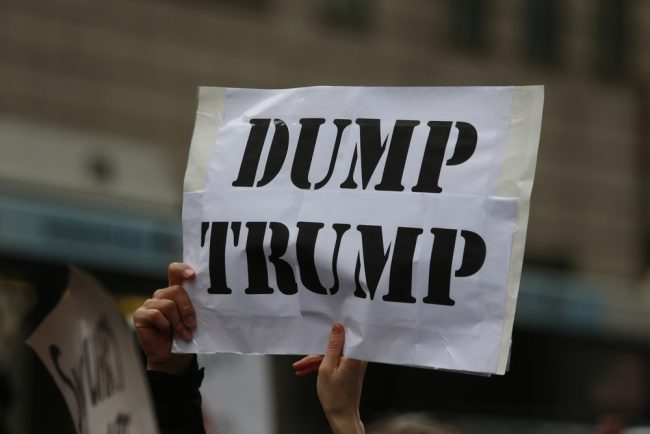 We reported on the inhumane overall plans for the Trump administration’s budget last month, but now that his budget chief, Mick Mulvaney, has been confirmed by the Senate, more concrete proposals have cropped up.

The New York Times obtained an internal memo, circulated in the Office of Management and Budget on Tuesday, which laid out nine programs to eliminate. These programs would be eliminated in order to…Someone please let me know. Losing them certainly won’t make a dent in overall federal spending. They include the following:

If all of the targeted programs were eliminated, the government would save approximately $2.5 billion, compared to overall federal spending of $4 trillion and the estimated $21.6 billion cost of Trump’s border wall. So frugal! Such business acumen!

But what exactly do these programs do?

AmeriCorps is something like a domestic Peace Corps. It places thousands of young Americans in 10-month or year-long intensive service roles, where they work with nonprofits, schools, community organizations, disaster relief agencies like FEMA, and other groups to address critical problems across the country.

The National Endowment for the Arts dispenses grants for working artists, partners with state-level arts agencies, and promotes equal access to the arts across the United States. Its National Council for the Arts also advises on policy decisions that might affect the arts, such as those related to copyright.

The Corporation for Public Broadcasting does not produce any content itself, but it dispenses funding to nearly 1,500 locally owned public radio and television stations. Nearly half of its grant recipients operate in rural areas. It is a major source of funding for PBS and NPR stations.

The Office of National Drug Control Policy currently has a blank website, because this administration’s negligence never ceases, but it gives out grants to reduce drug trafficking and drug abuse. It’s also the agency responsible for those sometimes-silly anti-drug commercials.

If reading about all those taxpayer-funded initiatives filled you with a flicker of pride instead of a torrent of rage, congratulations! You’re a functioning member of modern human society. You also wouldn’t fit in in the White House.

As Teresa Jusino summed up in her initial article on this budget:

[To this administration], the arts and Humanity are considered wastes. Taking care of people and supporting not only their constitutional right to express themselves, but the kind of innovation and creativity that actually could “Make America Great” is a waste.

While these proposed cuts will hopefully (likely?) face public opposition, as the agencies involved are generally popular, there’s real danger here. Trump made budget cuts a priority throughout his campaign, and Paul Ryan loves nothing more than taking things from poor people, so the Republican-led Congress is likely to go along with these senseless cuts.

In addition to robbing the U.S. of its culture and volunteers, this budget is the definition of penny-wise, pound-stupid.

(Via The New York Times; image via Shutterstock)