First-Ever Images of Atoms Moving Inside Molecules | The Mary Sue 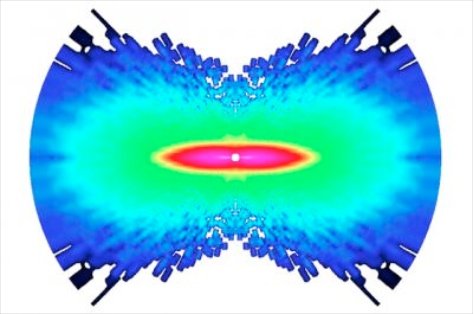 Researchers from Ohio State University have captured the first-ever images of atoms moving within a molecule. The technique used to capture used the energy in the molecule’s own electron to act as something similar to a camera’s flash in order to illuminate the movements, while a laser that shot 50 femtosecond pulses were used to actually take the pictures. A femtosecond is one quadrillionth of a second, so, you know, science.

The goal of the experiment wasn’t just to capture some never-before-seen pictures, but can lead researchers to being able to precisely control chemical reactions at the atomic level, which will hopefully lead to all kinds of mad science.