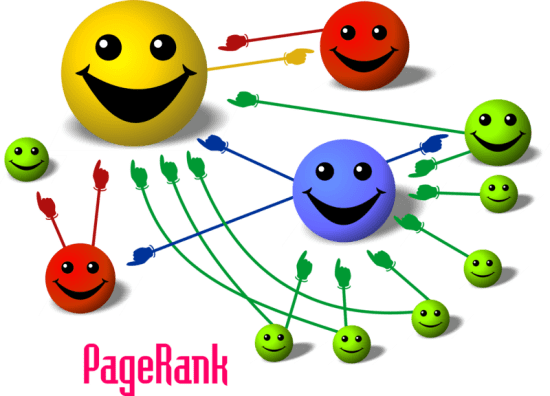 You might not think that Google’s PageRank algorithm, or the Internet at large for that matter, would have much to do with chemistry besides maybe helping you to find some chemistry content. In actuality, the two are far more similar than you might imagine. Google’s PageRank indexes webpages by the way they cohere to each other through hyperlinks and chemistry is concerned with the way molecules cohere through chemical bonds. Not that different, right? That’s what Aurora Clark, associate professor of Chemistry at Washington State University thinks, which is why she’s using PageRank as a jumping off point for moleculaRnetworks, a sort of chemistry emulator.

Now she doesn’t actually have access to the guts of PageRank, very few people do. Instead, she’s working off the ranking system’s broader functionality, essentially the way in which it parses the importance of hyperlinks. Clark and her colleagues have been able to co-opt these basic principles to map connections between water particles using their PageRank-inspired moleculaRnetworks system. Clark explained it to The Atlantic this way:

That picture isn’t just for show either; it can actually be used to predict chemical activity, giving it the potential to emulate chemistry experiments. Granted, in their paper on the subject, Clark and company only discuss their experiences in using this technology to play with water molecules, but even that test case has its important potential. Given how plentiful water is, especially in living things, the technology could eventually be put to use studying things like the spread of disease without having to actually hunt down and test sick people.

Who knows what kind of magic people might be able to work if they had their hands on the real guts behind PageRank, but that’s pretty unlikely to happen. In the meantime, aping PageRank’s general style seems to be beneficial enough. Hopefully people can keep biting Google’s style to do cool stuff like this and hopefully Google continues not to mind.