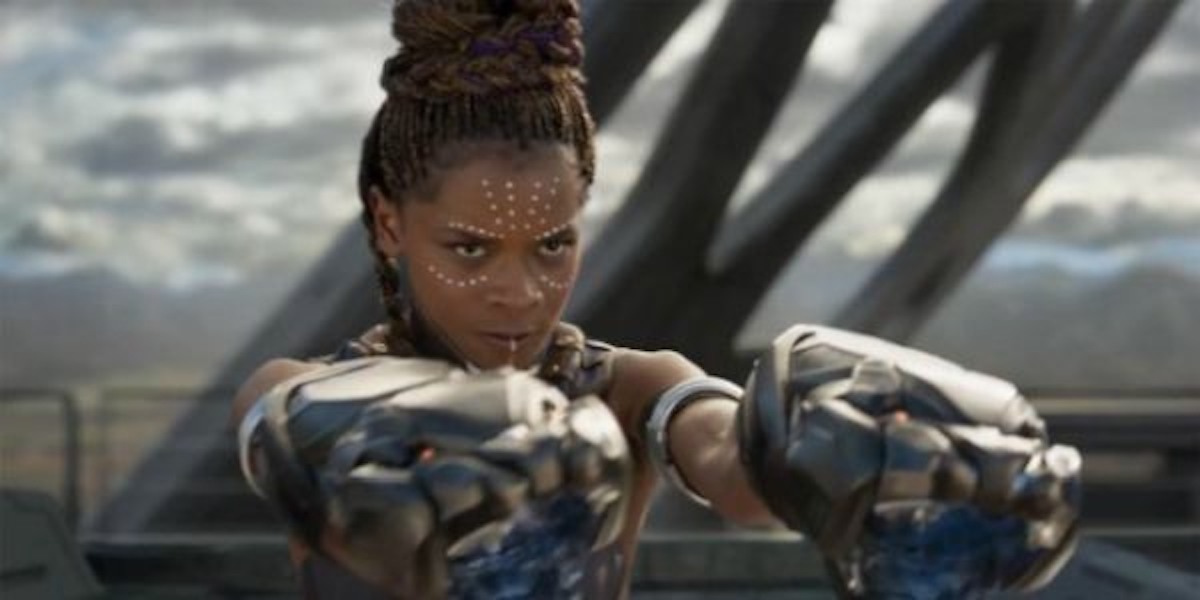 A new study confirms a deeply held belief by all of us here at The Mary Sue: that female superheroes give young girls more confidence and inspire them to be leaders. The study, “Superpowering Girls,” was conducted by the Women’s Media Center with support from the BBC, surveyed 2,431 participants (male and female) focusing on the age ranges of 5-9 and 10-19.

The study shows a clear confidence gap between the genders: 70% of girls 15-19 identify themselves as “confident” compared to 81% of boys in the same age range. When it comes to identifying as “brave”, only 69% of girls identified as such, compared to 82% of boys. And, perhaps the most upsetting, 57% of girls said they feel “not listened to” compared to only 38% of boys.

These results are hardly surprising to anyone who identifies as female, especially in today’s toxic political climate. Given everything we’ve seen in the news, is it any wonder that girls feel ignored? Sarah Barnett, the president of BBC America, said “If you can’t see her, you can’t be her. It’s time to expand what gets seen.” 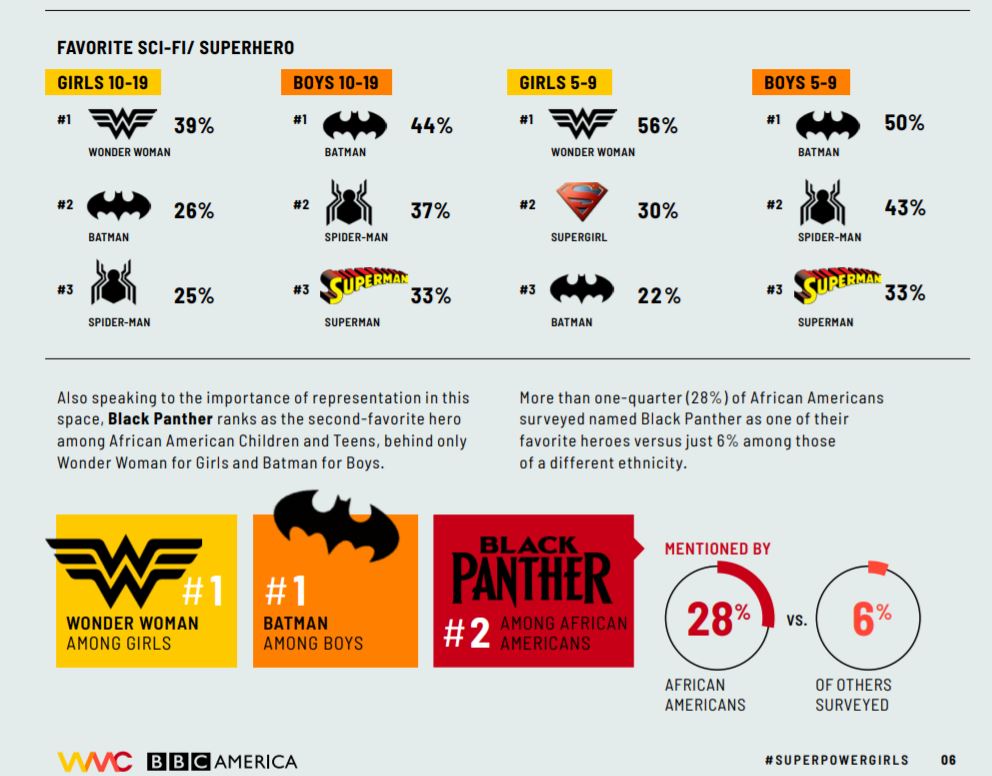 But where do superheroes fit into all this? According to the study, the top role models for girls ages 5-9 are parents and family members, with female sci-fi/superheroes coming in third. Wonder Woman ranks as the favorite hero for girls of all ages, with girls 5-9 listing Supergirl as their second favorite.

For boys, it’s Batman, followed by Spider-man. Black Panther was number 2 among African American kids of all ages. And despite the pop culture proliferation of superheroes, 2/3 of girls say that there are not enough strong, relatable female role models. And the lack of female role models doesn’t just affect girls. Boys have overwhelmingly said they want to see more female sci-fi/heroes, and 2 out of 3 boys say they enjoy watching female superheroes just as much as male ones.

What’s most interesting is the impact that these female heroes have on girls. 9 out of 10 girls find sci-fi/superheroes to be positive role models, which the majority of girls thinking that female heroes are smarter and more powerful than their male counterparts. A whopping 70% consider female heroes to be smart, compared to only 42% of male heroes. 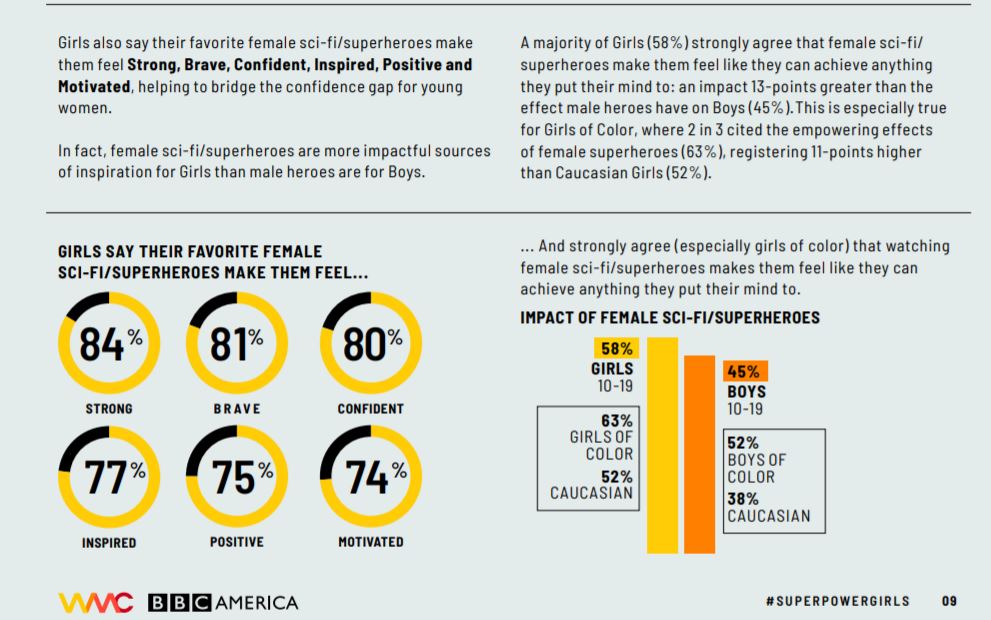 The evidence couldn’t be clearer: women, and women of color especially, are desperate to see themselves reflected onscreen, and have the most to gain when they do. It’s no surprise then, that Wonder Woman and Black Panther were as massively successful and culturally impactful as they were. I’m excited for the new generation of boys and girls growing up with more diverse heroes and role models than ever before.