Female-Directed Movies You Should Watch - Foreign Films | The Mary Sue

You didn't have any non-movie-watching plans this week, right? 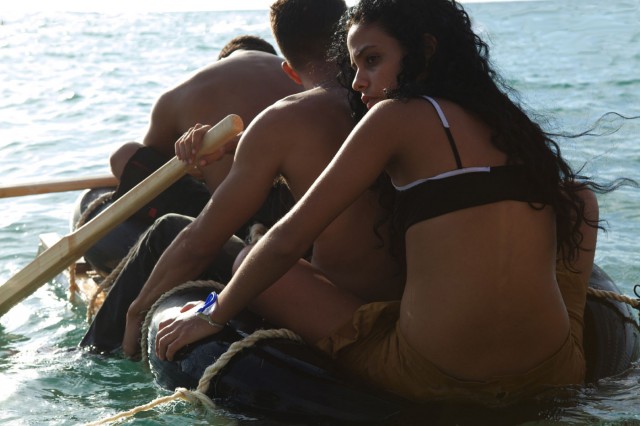 Welcome to day three of our series on films by female directors. We’ve covered mainstream and American independent movies so far, and now we move on to the foreign flicks. It’s a broad range, stretching from current festival hits all the way back to what is literally the oldest surviving film by the world’s first female director. So this is a good time to mention that on Friday we’ll be sharing reader recommendations. If I didn’t include your favorite (foreign, indie, whatever), let me know about it in the comments, or send us a Tweet if that’s your druthers.

Una Noche, dir. Lucy Mulloy
Lucy Mulloy has only one movie to her name, but after watching it it’s easy to see why Indiewire said she was “born to make films.” Una Noche is about three young adults from Havana, all played by non-professional actors, who decide they’re going to try and make it to Miami. It’s an engrossing, emotional film, rough around the edges in a way that only enhances its quality. And it’s available for streaming on Netflix Instant! So get to it.

A Girl Walks Home Alone at Night, dir. Ana Lily Amirpour
Or if the cinéma vérité style of Una Noche isn’t up your alley, maybe you want to see a film noir vampire western? Of course you do—it’s a film noir vampire western. The vampire in question, played by the excellent Sheila Vand, is a stunning addition to the undead film canon. She expresses herself less through words and more through ’80s music, and though she doesn’t have a lot to say—why speak, when you’re a centuries-old vampire with no real connection to anyone?—her screen presence is absolutely mesmerizing. A Girl Walks Home Alone at Night is still on the festival circuit, with no theatrical release date yet announced, but when it becomes more widely available we’ll let you know. This is one you need to see.

The Adventures of Prince Achmed, dir. Lotte Reiniger
German director Lotte Reiniger was only 23 years old when she made The Adventures of Prince Achmed, arguably the first animated feature film of all time. Most people, if asked, would say that honor belongs to Snow White and the Seven Dwarfs, and it’s true that that’s the first animated feature that used cel animation, but Lotte was rocking silhouette puppetry while good ol’ Walt hadn’t yet made the jump from shorts.

Zero Motivation, dir. Talya Lavie
First off, apologies: Zero Motivation, like A Girl Walks Home Alone At Night, is another film that hasn’t been theatrically released yet, at least unless you’re in Israel, Serbia, or Macedonia or you attended the 2014 Tribeca Film Festival, where it had its world debut and was named Best Narrative Feature. You’re just going to have to put it on you to-do list, because this dark comedy about young Israeli women completing their mandatory military service is absolutely worth seeing. “It’s an army movie but not a war movie,” says Lavie, who cites MASH and Full Metal Jacket as two of the films that ifnluenced her. “It’s a comedy, but a black comedy. It’s a female film, but it’s serious. It was hard for some people at first to categorize it, and it took some time.” Zeitgeist Films picked up the film for U.S. distribution, so if you’re stateside you should be able to see it eventually, even if only on DVD/VOD.

Whale Rider, dir. Niki Caro
I’ve mostly managed to block this 2002 New Zealand film from my brain, not because it’s bad—far from it—but because even thinking about the scene where Paikea delivers a tearful speech dedicated to her absent grandfather, who’s always resented her for living when her twin brother who was supposed to uphold the tribal legacy died, makes me want to start ugly sobbing. I’ve embedded it below, so you can relive (or live for the first time) that intense emotional pain as well. No wonder Keisha Castle-Hughes got an Oscar nomination.

>>> Next Page: The answer to the burning question “Did Rebecca include Persepolis?”