Netflix queues at the ready! 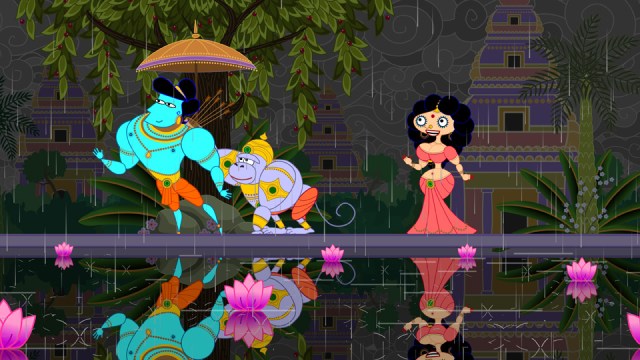 Welcome to part two of our week-long series on movies with female directors. Yesterday was all about mainstream movies. Today is for 10 American indies that, in my opinion, are pretty dang worth watching. If I didn’t include your favorite, quit whining: Didn’t you hear that our last post is going to be 100% reader recommendations? So get to the comments section and explain why I’m an utter bastard for not including Winter’s Bone. You might be chosen, but not in a bad Hunger Games way.

Mosquita y Mari, dir Aurora Guerrero
This coming-of-age story by first-time director Guerrero follows the relationship of teenage girls Mari (Venecia Troncoso) and Yolanda (Fenessa Pineda), one a street-wise rebel, the other a sheltered only child whose illegal immigrant parents are determined that their daughter stay on the straight and narrow so she can go to college and have a better life than the one she was born into. It’s a fairly run-of-the-mill premise, but what sets Mosquita y Mari apart is that it refuses to hit the melodramatic beats that other coming-of-age movies have beaten into the ground. Simply put, it’s an authentic movie, particularly when it comes to the growing sexual attraction between Yolanda and Mari. Do you want a movie about teenage lesbians—Maybe you were one! Maybe you are one and want to see yourself represented on-screen—that doesn’t fetishize? BAM:

Pariah, dir. Dee Rees
All aboard the USS Lesbian Coming-Of-Age Movie for our second voyage, this time to the sweet land of Dee Rees’ Pariah. Like Mosquita y Mari, it’s an indie drama about accepting one’s burgeoning sexuality in an environment where anything non-heterosexual is capital-B Bad. Like Mosquita y Mari, it’s refreshingly non-melodramatic. All the challenges in the life of Brooklyn teen Alike (Adepero Oduye) aren’t magically fixed by the time the credits roll, because that’s not how life works. I’m not interested in saying either Mosquita or Pariah are better than the other—they’re both excellent films. Special mention for Pariah goes to Kim Wayans as Alike’s mother, who has trouble accepting her daughter’s sexuality (putting it mildly). It’s a brilliant dramatic performance from an actress best known for comedy.

Sita Sings the Blues, dir. Nina Paley
I’m going to go out on a limb and say you probably haven’t seen another film like Sita Sings the Blues. Director Nina Paley mixes animated autobiographical segments with a feminist retelling of the Hindi epic Ramayana done as a series of music videos set to the songs of 1920s jazz singer Annette Hanshaw. So yeah. Unique. It’s a lot of elements for one movie, but Paley makes it work.

Is it on Netflix Instant? No. But. Paley released the film online under a “Public Domain” CC-0 license, the upshot of which is that you can watch it online, free and completely legally, on its official website. You should. Thanks, Nina.

Let Them Wear Towels, dir Ricki Stern and Anne Sundberg
You tend to find more women directors among docs than you do among narrative films, probably for the same reasons the indie world is slightly more female-friendly than Hollywood: The difficulty level for anyone to get a doc or an indie made is through the roof, so many of the opportunities major studios deny to women just aren’t there in the first place. Plus, it’s more difficult to have institutional sexism when indie filmmaking isn’t so much an “institution” as thousands of individuals begging other individuals to give them cash, please. All that is to say that Stern and Sundberg are two of a thriving group of successful female documentary directors, success being qualified by actually getting their docs into theaters, holy crap. (Doesn’t happen often.) Their most well-known film is Joan Rivers: A Piece of Work (available on Netflix Instant), and their filmography also includes a pair of well-received sports docs, Knuckleball! (also on Netflix Instant) and Let Them Wear Towels, a short doc on the struggle of female sports reporters to be allowed into locker rooms. Even if you know nothing about sports (*raises hand*), it’s still an interesting look at a particularly infuriating slice of all-too-recent history.

Is it on Netflix Instant? No. The easiest way to get this digitally is through Amazon or iTunes, where it was released by ESPN as part of their Nine by IX series on women in sports.

Thirteen, dir. Catherine Hardwicke
Any time someone refers to Nikki Reed as “Twilight’s Nikki Reed,” I want to take them gently by the hand and lead them down the path of redemption. Before Reed was Rosalie Cullen and Catherine Hardwicke directed the first Supernatural Abusive Relationships: The Movie, the pair of them co-wrote Thirteen, starring Evan Rachel Wood as young girl who gets sucked into a life of drugs, sex, ‘n’ violence by her best friend (Reed). The film’s notable because it has actual teenage girls playing teenage girls, not 20-somethings. Incidentally, that means that Thirteen was co-written by a teenage girl, too. As for Hardwicke, this was her debut feature film, and it showcases a talent that, like that of many Twilight actors, far exceeds what was possible to show with the limited opportunity Twilight provided.