50 Female-Directed Movies You Should Watch, Part 1: The Mainstream 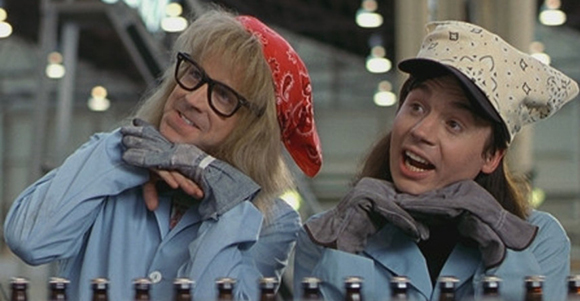 We talk a lot on The Mary Sue about the “celluloid ceiling,” or the underrepresentation of women in Hollywood both behind and in front of the camera. While women constituted over half of those who bought movie tickets in 2013 (and are a pretty sizable percentage of the general population, now that you mention it), only nine percent of the year’s top 250 films were directed by women. It’s not that female directors aren’t out there. They most definitely are, and while studios may not be throwing love their way to the same extent they do with male directors, they are out there making powerful, quality films that deserve to be seen.

This week, we’re celebrating 50 of those films. We start off our series today by highlighting ten mainstream movies—Oscar winners, Hollywood movies, pop culture classics, you know the drill—directed by women. Later in the week, we’ll be looking at American indies, foreign flicks, and kitchen sink movies, aka whatever the heck I want to talk about. Friday, Reader Recommendation Day, belongs to you. So don’t get pissed that I haven’t included [insert movie here]. If you like it, and if you think more people should see it, drop us a comment explaining why. I’ll choose ten of those reader recs for the final entry in this series.

DISCLAIMER TIME! 50 is a very small number. I make no claims to any of these lists being either comprehensive or some sort of objective analysis of the “best” films directed by women. I make selections based on on what I’ve seen, what I like, and the position of the stars. One film per director. Ready? Let’s go.

Wayne’s World, dir. Penelope Spheeris
Penelope Spheeris hasn’t done a heck of a lot directing-wise since the ‘90s, but that’s OK, because directing Wayne’s World is enough by itself to grant one passage through the pearly gates of heaven. That Spheeris directed The Little Rascals (”They like to moon ya!”) and the Chris Farley/David Spade comedy Black Sheep is just very nostalgic icing on the cake.

Frozen, dir. Jennifer Lee (with Chris Buck)
I feel like things have gotten pretty polarized with Frozen—people either love it or they hate it, or at least they’re intensely, viscerally sick of it. So I’m not going to talk about the movie itself. I’m just going to mention that co-director Jennifer Lee is the first woman to get a movie past the billion-dollar mark. Oh, and that what is now the highest-grossing animated movie ever was co-directed by a woman. And one with no previous directing credits to her name, at that. Take chances, Hollywood!

Is it on Netflix Instant? No, it’s not. Let it go.

American Psycho, dir. Mary Harron
At one point, Mary Harron wasn’t going to be the director of counterculture classic American Psycho. After she cast Christian Bale as yuppie serial killer Patrick Bateman, Lionsgate swooped in and gave the role to Leonardo DiCaprio instead, so Harron quit in protest because you don’t play that sh*t with her on her own movies. Oliver Stone was brought on to replace her, but after DiCaprio ditched to co-star in The Beach (probably not the best call) he left as well. When Lionsgate invited Harron back to the director’s chair (after some substantial groveling, I hope) she brought along Bale, who’d spent the intervening months calling other actors up for the part and telling them to back off because “ [it’s] my role. Don’t touch. Step away.” Because of Harron’s determination we got Christian Bale funky dancing and rhapsodizing about Huey Lewis and the News right before murdering Jared Leto. So thanks.

Is it on Netflix Instant? Yes it is! In ’87, Huey released this, Fore, their most accomplished album…

The Matrix, dir. Lana Wachowski (with Andy Wachowski)
OK, so the cinematic output of Lana Wachowski (back then she was “Larry”—the director has since come out as transgender) has been… er… less than exceptional since The Matrix slow-mo kung-fu’ed onto the scene in 1999. That in no way lessens how groundbreaking it was, not to mention just plain good. Let’s just forget the sequels happened. There is no spoon Matrix: Revolutions.

Is it on Netflix Instant? Woah. No.

Point Break, dir. Kathryn Bigelow
This isn’t The Hurt Locker, which made Kathryn Bigelow the only woman in the Academy Awards’ 86-year history to win a Best Directing Oscar. And it’s not Zero Dark Thirty, which made Bigelow the only female director in Oscar history to receive two best director nominations. But I have a secret: I prefer Point Break to any of Bigelow’s more, er, critically acclaimed movies. Can you blame me?