Believe in Yourself, Sailor Clara!: The Mary Sue’s Fave Comments of the Week 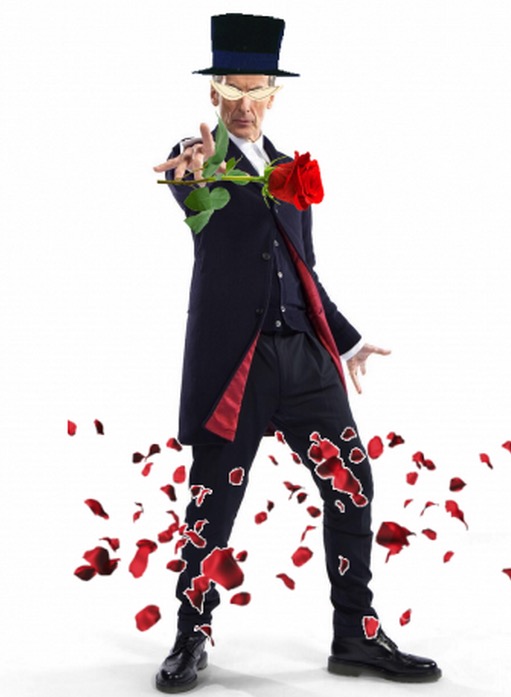 We’re so glad you all still made time for us in this busy holiday week; your efforts did not go unnoticed. These are the little Internet gifts of joy we received.

“Now I just imagine Clara fighting various aliens perfectly well on her own and the Doctor randomly jumping in like ‘BELIEVE IN YOURSELF’ *mysterious dracula pose* *jumps off across the rooftops*” – Charlie gave us a strong desire for an ineffectual, Tuxedo Mask-inspired version of the Doctor to be a real thing for the next regeneration.

But that’s not all the Doctor Who goodness we got this week, thanks to Wauwy’s scientific explainer for why women don’t write for the show: “It makes sense, because women lack that extra bone in their foot that helps one write British genre TV. I read it in a science book.” It all makes sense!

First of all, how dare you:

Nianicole has used their powers to show us what it’s like in the alternate universe where a DC/Marvel crossover movie is a reality: “Why do I get the feeling it would just be 3 hours of Peter and Barry yelling at people to, “oh my gOD YOU GUYS STOP FIGHTING” while Galactus and The Watchers eat popcorn like its the Super Bowl?” I can imagine the civilian casualties alone.

Square Peg pointed out that the Legend of Korra finale basically ran down a checklist of everything we love here at The Mary Sue, and it melted our brains as well as our hearts: “So a canon bisexual strong (both physically and character-development-wise) woman of colour just walked into the sunset hand in hand with a woman in STEM and I’m honestly surprised theMarySue is even still standing at this point.”

And, as usual, we’ll leave you with all the panda puns you can bear: 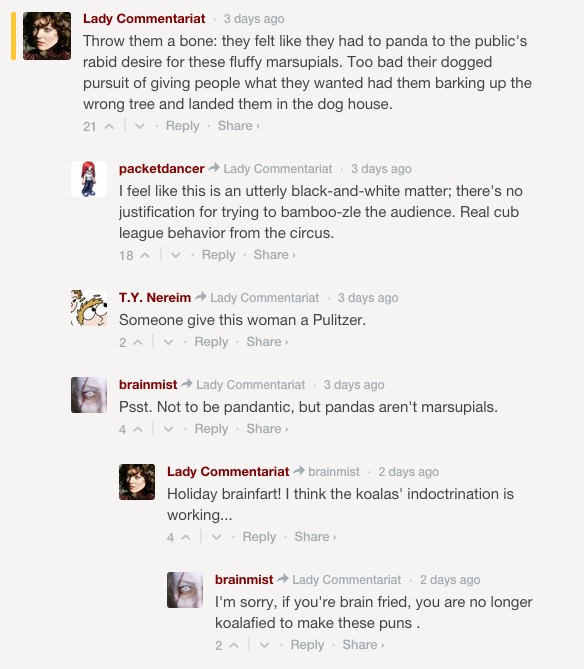