Happy is the head that wears the crown. 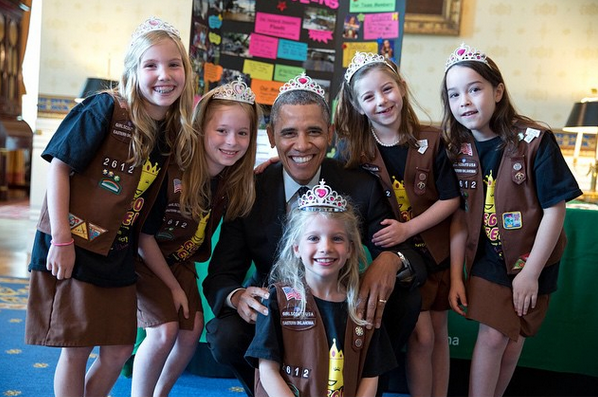 On Wednesday, chief official White House photographer Pete Souza posted a picture on his Instagram of a tiara-topped President Obama posing with a Girl Scout troop from Tulsa, Oklahoma. Although Souza shared the picture in December, the adorable image was actually snapped way back in May, at the annual White House Science Fair.

This year’s Fair placed a particular emphasis on women in STEM, so it’s gratifying to imagine what an inspiring experience attending must have been for members of the Troop, and exciting that Obama (who showed his support of girls in science at a Marine Corps event earlier this month) agreed to pose for the picture–especially since he’s refused similar requests in the past. In April, the President declined to wear a Navy football helmet, explaining,”Here’s the general rule: You don’t put stuff on your head if you’re president.”

Unless, of course, you want to flout some gender norms and a couple of kid scientists happen to have a spare tiara. USA! USA!