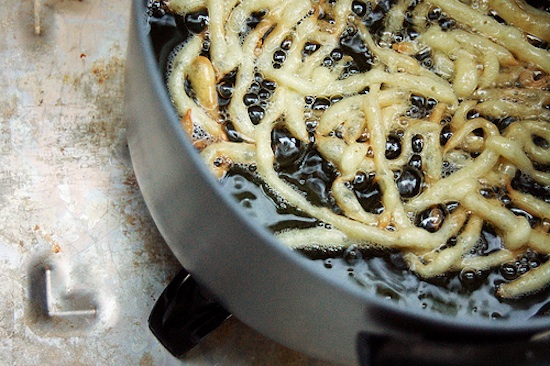 While fossil fuels drive the economy, they’re not going to last forever, which is why we’re looking pretty much everywhere for new sources of energy. Now solar power, wind power, biodiesel fuel, geothermal energy, and many other have been joined by a new source of fuel: Fatbergs, the massive lumps of congealed oil that coagulate and sometimes clog the sewers of London. A British energy company is planning to harvest the bergs and use them to generate electricity. Enough electricity, in fact, to power 39,000 British homes every year.

Employees of Thames Water will have the unenviable task of harvesting the cooking oil glaciers, which in the course of their formation collect plenty of things that are not just cooking oil, meaning that the congealed, used cooking oil is probably the most wholesome ingredient in these lumps of goo. You can’t argue with results, though, and whatever else fatbergs are, they are chock full of potential energy.

That energy will be unlocked at the Beckton power plant on London’s east side, where the grease will be transformed into an estimated 130 gigawatt hours of energy. Much of that power will go right back to Thames Water, which has agreed to use the power to run a nearby sewage works and desalination plant. And thus, the circle of life continues.

While the idea is stomach-turningly vile, it does seem like a pretty decent way to make use of a nuisance substance. It also proves that if you eat enough fried food as a society, you can turn the used oil into a renewable natural resource. I’ll bet all those healthy eating advocates are feeling pretty stupid right about now.