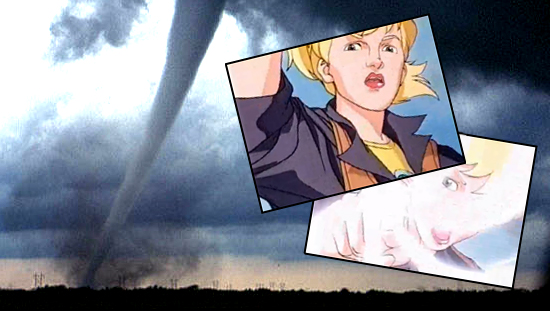 When you hear the word “tornado,” what do you think of? Destruction? Linka and the power of Wind? Flying cows? 113 minutes of Bill Paxton? Mostly, twisters are a dangerous, mysterious natural phenomena, capable of tearing through communities and wreaking havoc. The big ones take lives. But what if whirlwinds could be put to good use, give them jobs so they could stop freeloading and tearing up the place? What if we could harness them for sustainable energy? That’s what mechanical engineers Mark Simpson and Ari Glezer at the Georgia Institute of Technology are doing. No, Helen Hunt isn’t involved this time.

It’s not really about shackling down the big twisters that roam the plains. That’ll be for another day. No, this is about deliberately creating smaller, controlled vortices that can be used to produce cheap, renewable energy. The experiment was inspired by the dust devils of Arizona. Simpson explains that his colleague, Glezer, “had experienced naturally occurring dust devils and the kinetic energy they contain, and wanted to create a method for extracting that power.”

The creation of a whirlwind involves temperature. When hot air is close to the ground, it rises, and cool air above it descends. Convection currents form between the layers, and that spawns whirlwinds. Simple enough, and not so scary on a small scale. True tornadoes are often fed by supercell thunderstorms, which is a power (for now) best left to superheroes.

The Solar Vortex, Simpson’s and Glezer’s system, engineers an artificial whirlwind to create power. Comprised of blades and vanes, it funnels airflow into a vortex. Warm air rises, cold air descends, and as new air rushes to fill the void, the vortex is renewed — and in turn, spins a turbine. Bam, cheap energy.

They started small, of course. Their turbine was 1 meter in length, involved a hot, sun-baked metal sheet, and was used to generate only a few watts of power. Scaling it up, Simpson estimated that a 10-meter turbine would generate 50 kilowatts. A whole spread of vortex turbines could, in turn, produce 16 megawatts for every square kilometer they covered (compared to conventional wind turbines’ yield of 3-5 megawatts per square kilometer).

Simpson and Glezer submit that maintenance and installation costs for the Solar Vortex would be much cheaper, too. The systems are smaller, lower to the ground, than traditional wind turbines — which require considerable elevation to harness the wind. The Solar Vortex’s output would also be steadier, as ground temperature varies slowly during the day and lingers even after sunset. Their team concludes that the system would be 20 per cent cheaper than wind turbine and 65 per cent cheaper than solar power.

So what’s next? Well, the Advanced Research Projects Agency Energy (ARPA-E) has agreed to fund larger-scale trials, while Simpson will present a paper about the Solar Vortex in July at the ASME International Conference on Energy Sustainability in Minneapolis. Simpson and Glezer aim to get a 50 kilowatt system up and running within two years. “We would like to start with building a small-scale farm of these things. At that point we start to produce real energy, and can begin to sell some of that energy and convince people of our system,” says Simpson.

People have certainly marveled at cyclones and whirlwinds before, wondered how they worked, and what we could do with them. But it should be noted that Eternians — the people who share a planet with He-Man, for you laymen out there — already had a man on the job for a good long while now. 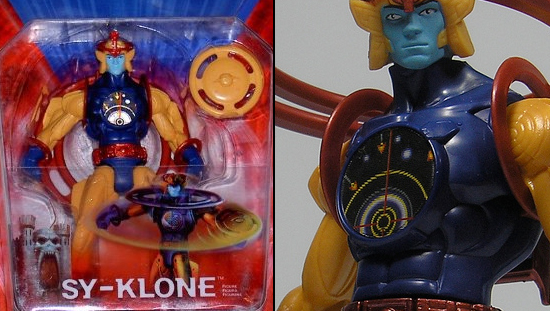 I mean, look at the science going on there on his chest. Sy-Klone's not joking around.