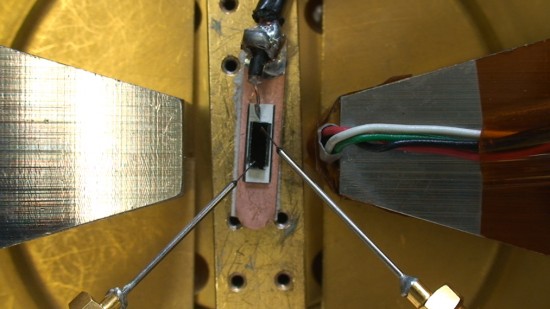 A group of researchers, consisting of Tohoku University professor Eiji Saito, and researchers from JAERI and Technical University of Kaiserslautern, have successfully obtained a flow of magnetism, otherwise known as a spin current, from sound waves. In the experiment, electrodes generated electrical signals, which were then measured, while sound waves produced by a piezoelectric element were put directly into the interface between a metal layer and a layer made of magnetic material. Once the spin current is created and detected, the team used the reverse spin Hall effect to convert the spin current into an electrical voltage.

So, why does the research matter, aside from comic brook writers now being able to base their characters’ sound-based powers on science? Because the research shows that it is possible to obtain electrical and magnetic energy from materials of all kinds, and considering sound is everywhere, one day researchers might be able to obtain energy from anything. Head on past the break to see a video of the experiment.