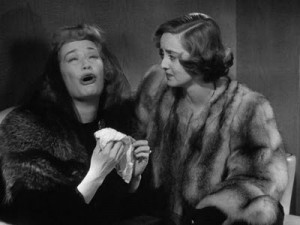 Don’t you hate when you find yourself innocently perusing Facebook to see what your friends (or minor acquaintances, or “girls/guys you met that one time”) are up to, and all you come up with are pictures and statuses about how awesome their dumb lives are? And in comparison, you suddenly realize how much your own life totally sucks? A new study says that you are not alone — spending all that time on Facebook is making people sad, and it’s all because everyone else is so darn happy and won’t shut up about it. Those inconsiderate jerks and their filthy, filthy joy.

The study, published in the journal Cyberpsychology, Behavior, and Social Networking, was conducted by sociologists at Utah Valley University and surveyed 425 college students about the quality of their lives. And then the students were asked how much time they spent on Facebook, how many friends they had on it, and how many of those people were actually their friends. And as it turns out, the students who spent more time on Facebook and were friends with a lot of people they didn’t actually know agreed with statements such as “Many of my friends have a better life than me.”

Facebook photos generally depict smiling, cheerful people having good times, conveying a sense of happiness. Of course everyone likes to smile for the camera, so that good cheer may be inflated or false. As others view the photos, they may believe this conveyed sense of intense happiness is real, making them think that their friends are much happier than they are.

It’s true. Even on the rare occasion that someone photographs you when you are scowling, it’s rare that you think, “I’m definitely posting this to Facebook.” (Probably won’t stop someone else from posting it, though, especially if they are the one who caused yo to scowl and thought it was hilarious. “Lulz, she looks like a pissed off cat!”)

But going on an image-heavy social networking site like Facebook and being inundated with possibly hundreds of people talking about how happy they are, how exciting their life is, how great things are going for them — even if that kind of day is a rare one, and it just happens that one day is great for a few people, then the next day is good for completely different people, etc. — can makes one’s perfectly ordinary, but uneventful day seem, well, depressing. As if those sadder users felt like they were the unlucky ones compared to their seemingly happy friends, who could not stop telling people how happy they are.

On the flip side, however, those who actually spent time — in person — with their actual friends — in person — were much less likely to believe their friends had better lives. Maybe because they weren’t sitting around, waiting for life to happen to them … or something a lot less philosophical: they had things to do, people to see.

Social networking is clearly not a purely evil part of our everyday lives in the 21st century. Some of those “actual” plans are made on Facebook, and surely it serves as an excellent way to keep in touch with people you really don’t get a chance to see very often due to distance or other perfectly reasonable circumstances. But if you find yourself sitting around for hours on Facebook one evening, watching the people you can hang out with having a good time without you, maybe it’s time to turn off the computer and join the party. And, as a result, have your own happy life to post about.

(via ABC News on Yahoo!)