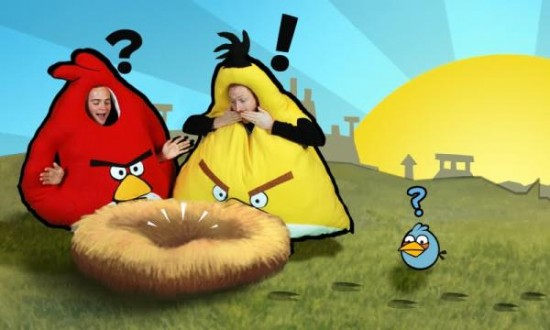 We’ve been saying it for roughly ever, but Angry Birds is coming to every platform you can imagine. This time, on Valentine’s Day, your favorite game about birds that commit suicide-murder (oddly backwards) in order to save their children but leave them parentless, will be coming to Facebook.

Rovio honcho Peter Vesterbacka said the launch will be held in Jakarta, a “major Facebook hub.” Even though Angry Birds is on its way to one billion downloads, currently sitting somewhere around 700 million, releasing the game to the Facebook masses opens up a new market currently sitting at 800 million accounts. Surely, a portion of those 800 million accounts have Angry Birds on some other device, be it a phone, PSP, or computer, but another portion probably doesn’t, and Facebook sure is a good way to get anything in front of most people’s eyes.

Rovio will be introducing new power-ups to the game when it releases over Facebook (though they don’t reveal specifics), which one can earn while playing the game, or buy for the microtransaction pricing’s best friend, $0.99. Along with the power-ups, Rovio will also be upgrading Facebook’s Angry Birds to a full screen display and as well as higher quality animation. Perhaps most importantly, the game will include Facebook leaderboards, so fellow Facebook gamers can compete with one another.

When the game launches worldwide on Valentine’s Day, try to remember that you have a significant other you need to pay attention to. If you don’t, lucky you, you can play Angry Birds on Facebook all day without any distraction.