Exclusive: Nancy Drew Comes to Comics in New Series From Dynamite With an All-Female Team! | The Mary Sue

Exclusive: Nancy Drew Comes to Comics in New Series From Dynamite With an All-Female Team! 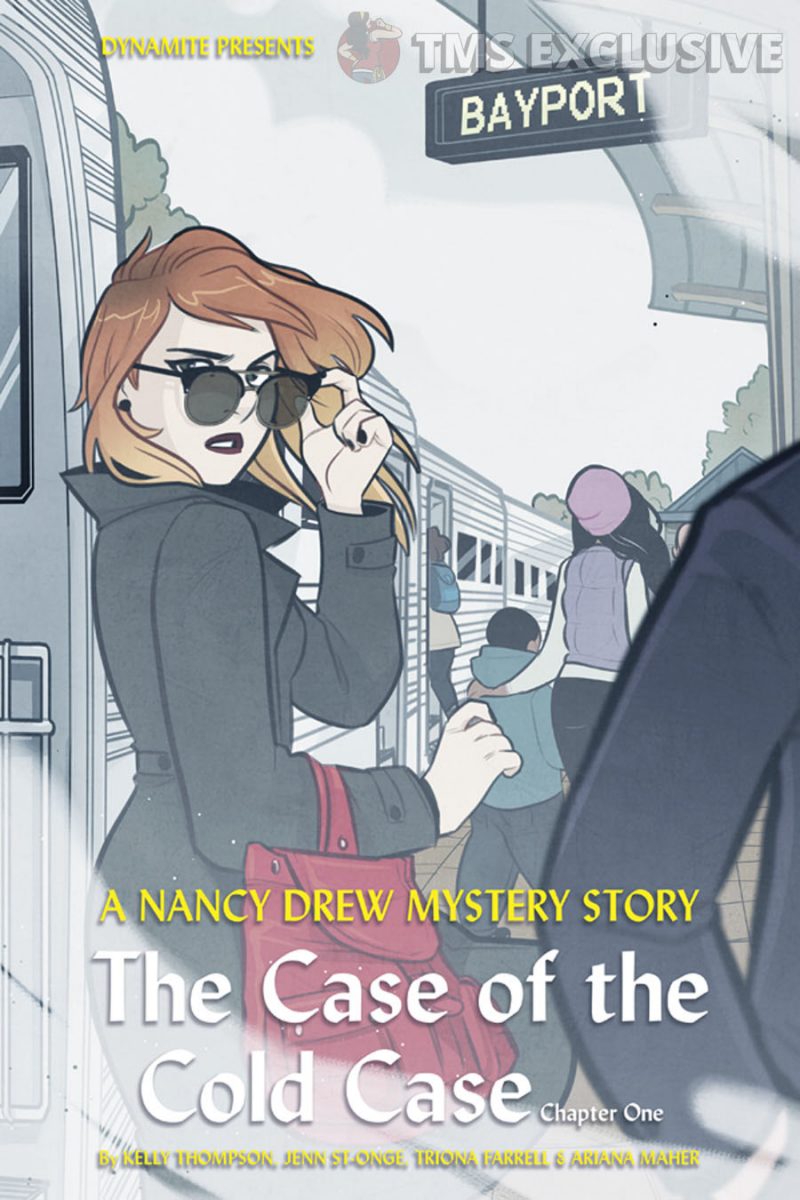 Earlier this week, we teased the return of a favorite childhood heroine in comics. Now, as part of their Emerald City Comic-Con announcements, Dynamite Entertainment has announced that the heroine is none other than our favorite teen sleuth, Nancy Drew! They’ve provided TMS with an exclusive first look at their variant covers, as well as interior art, and character sketches. Check them out below!

Nancy Drew comes to Dynamite in June in a new series written by Kelly Thompson (Jem and the Holograms, Hawkeye), with art by Jenn St-Onge (Bingo Love, The Misfits), color by Triona Farrell (Mighty Morphin’ Power Rangers, Doctor Who: The Eleventh Doctor), and letters by Ariana Maher (Ringside, 8House).

You can already see Jenn St-Onge’s retro-inspired cover for the first issue above, but Dynamite has rounded up some amazing female talent on variant covers, too! Check out these variants from Tula Lotay (All-Star Batman), Marguerite Sauvage (Bombshells), and Annie Wu (Black Canary): 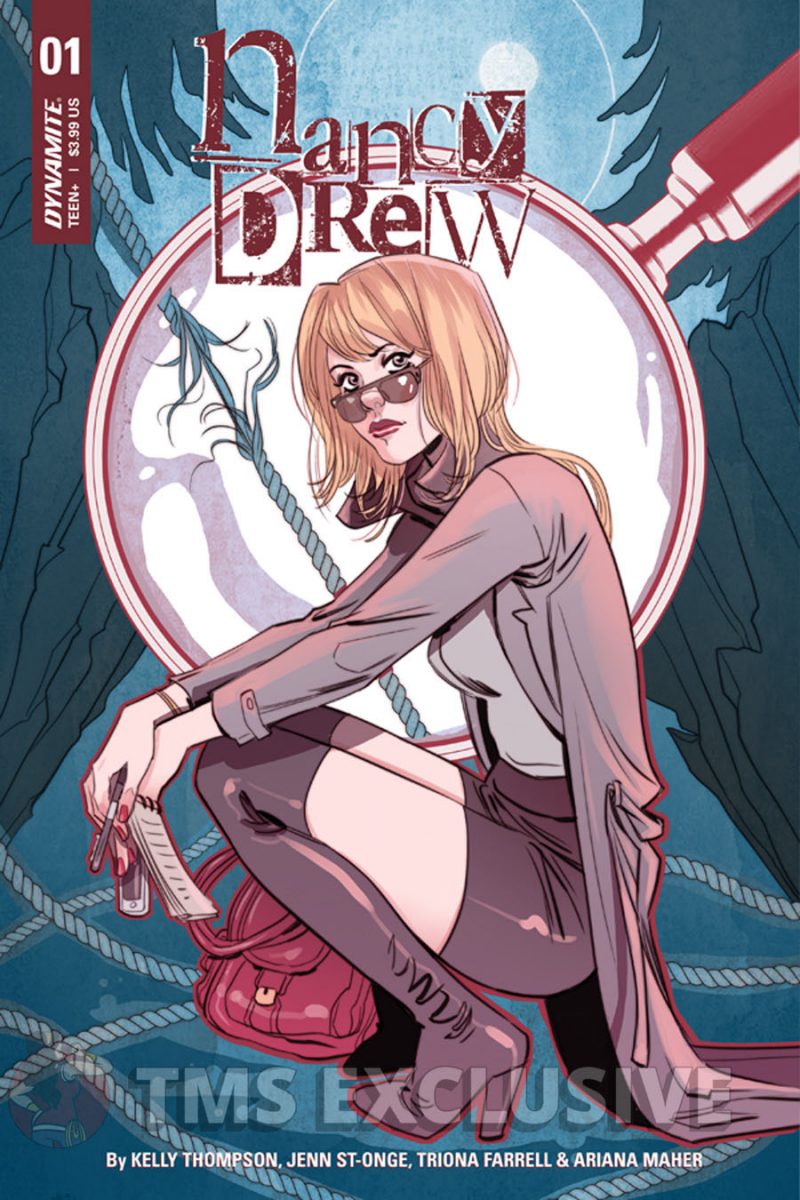 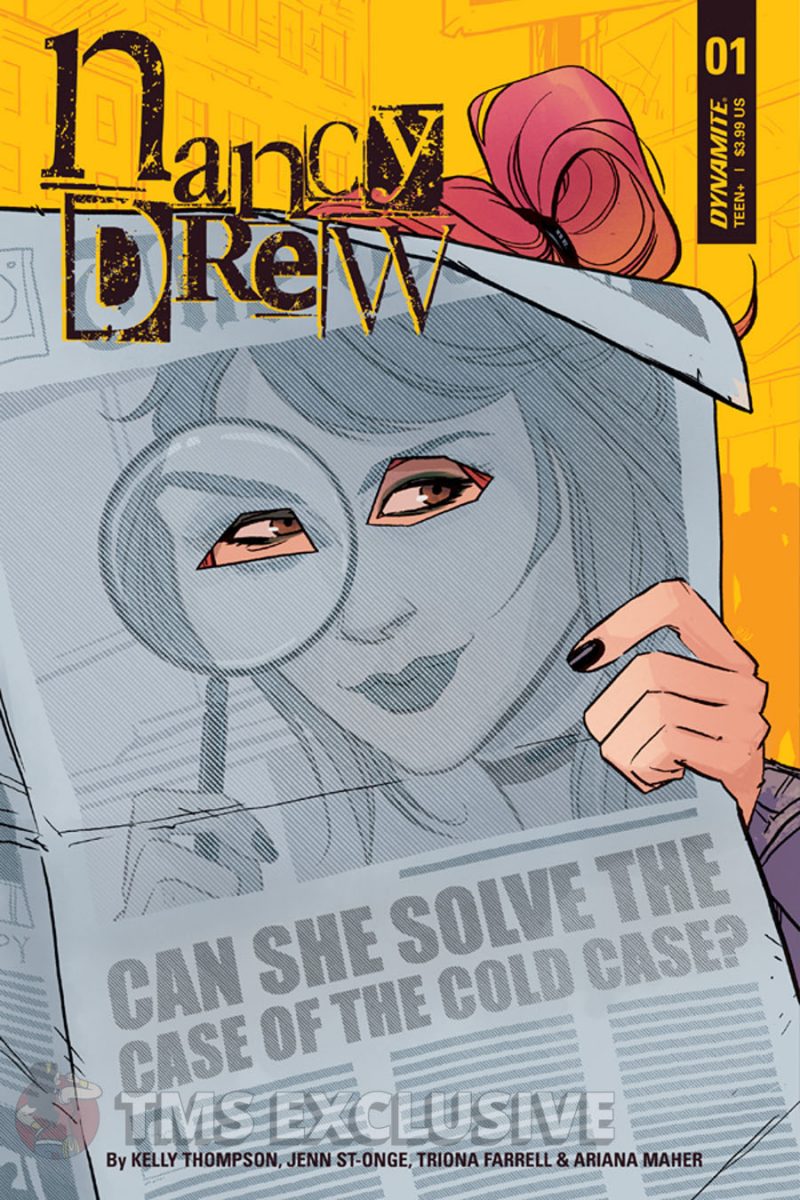 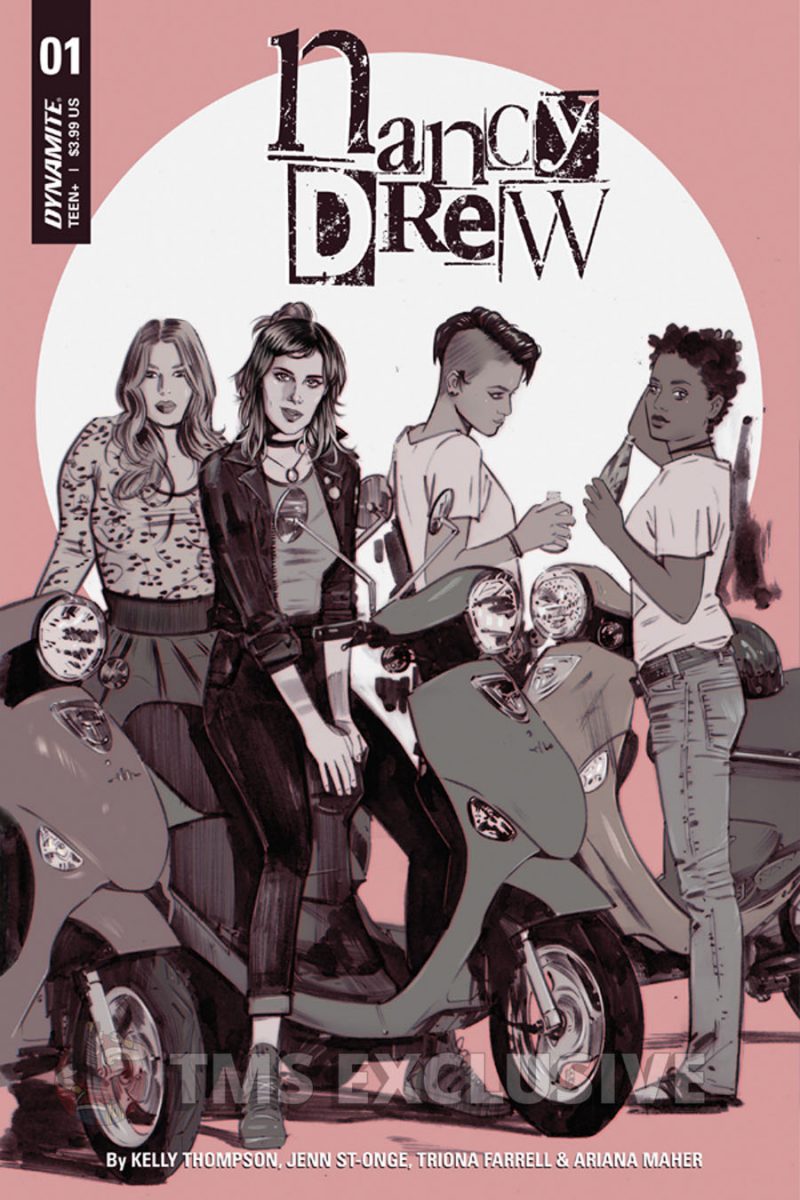 Here’s the official description from Dynamite:

In the new series, Nancy Drew is seventeen and good at everything… especially solving crimes. But her totally-in-control-and-obviously-running-perfectly-smooth-(but-not-really) life hits a snag when a mysterious message drags her back to the hometown she left behind. There she’ll have to find out which of her friends are still her friends, which are enemies, and who exactly is trying to kill her…and (hopefully) stop them before they succeed. Nancy, the classic master teen mystery-cracker, will be shown in a way you’ve never seen before, by a creative team with a huge respect for the original tales, and what she could mean for a modern audience.

Writer Kelly Thompson is thrilled to take on this iconic character. “One of my absolute favorite things about Nancy,” she says, “Is the look on people’s faces when you say her name. Everyone from my mother to friends of all different ages have this incredible connection to Nancy – and everyone sees her a bit differently.”

When I asked her why she wanted to take this title on, and what she hopes to do with it, Thompson said, “Nancy Drew is one of the most iconic characters in all of literature so getting a chance to put a modern spin on her for a modern audience was truly exciting. Nancy’s a character that appeals to me on so many levels – she’s smart and sassy, heroic, and determined, but she’s also got some sharp edges that people too smart for their own good often have and I think that makes her really relateable and well…human. And none of that even mentions the fact that she’s a detective and detectives are always my favorite characters with all their sharp senses and tragic origins. This is also the first time my mother has been genuinely excited about one of my projects – so that’s extra fun.” 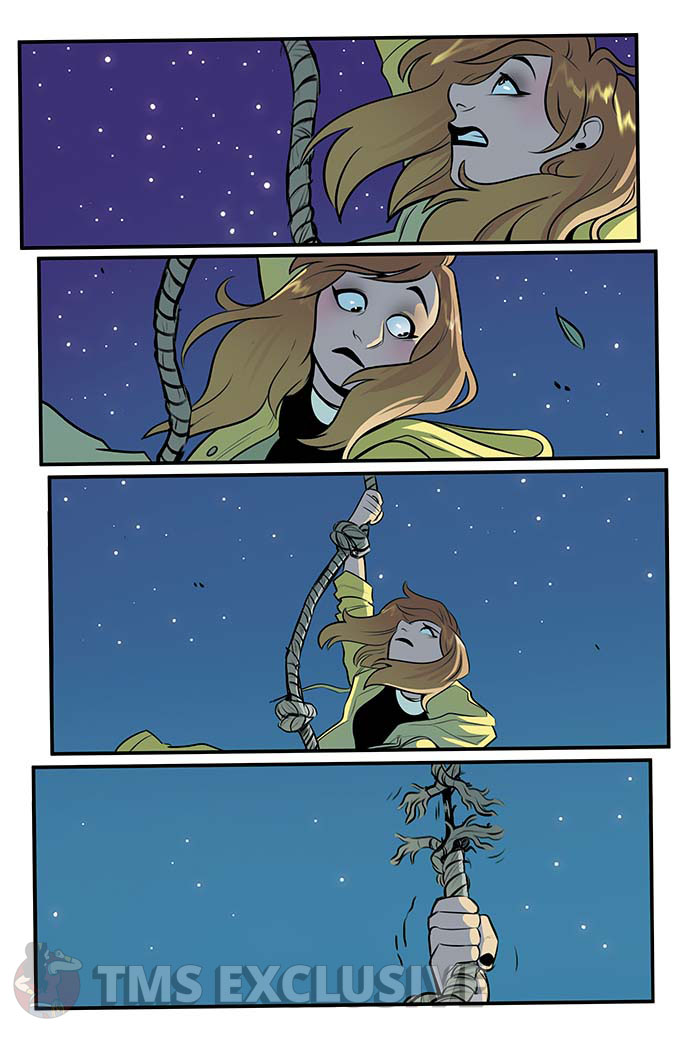 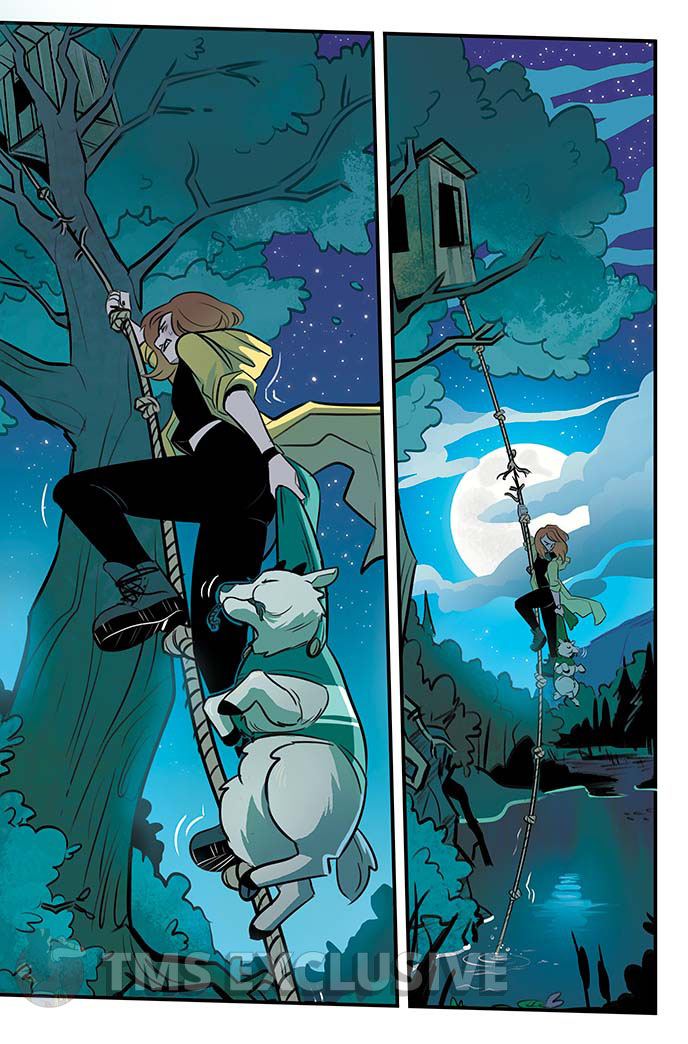 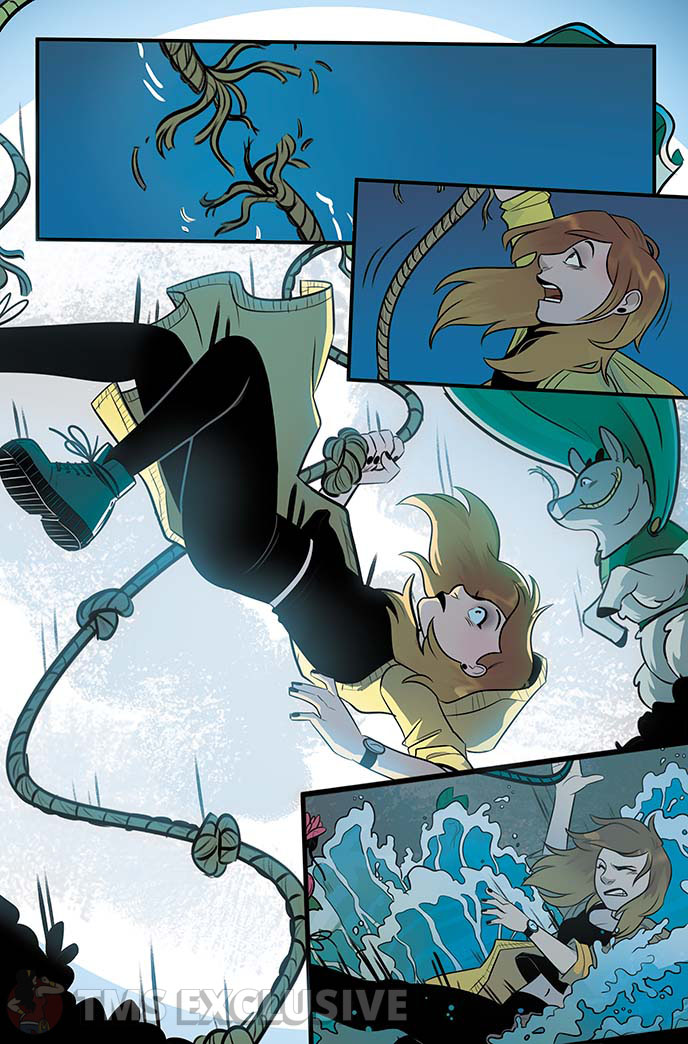 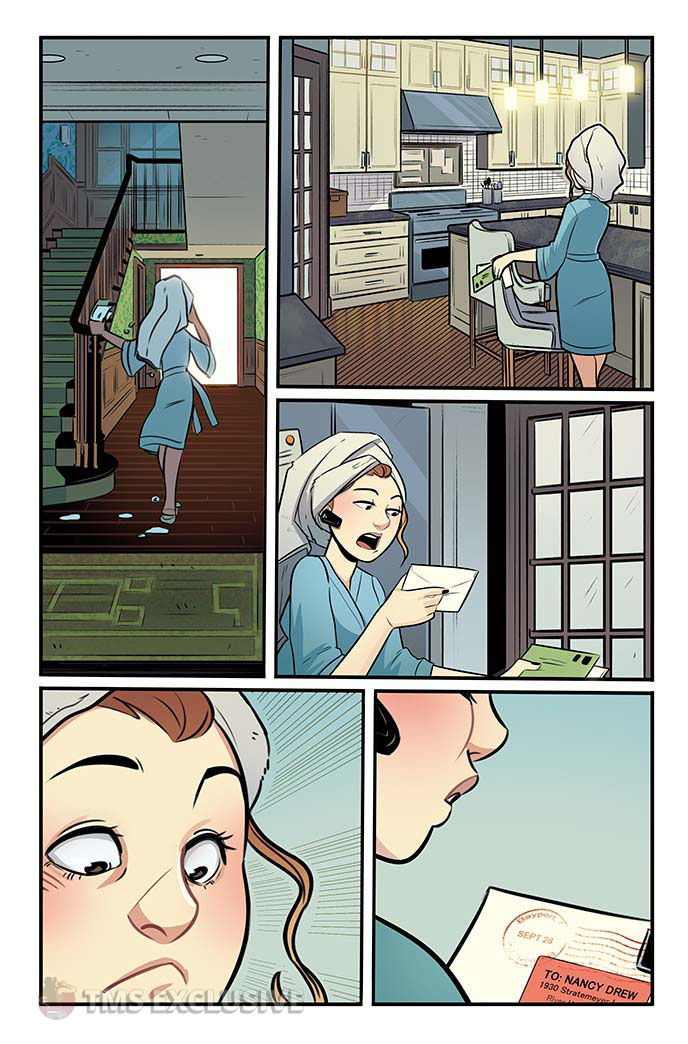 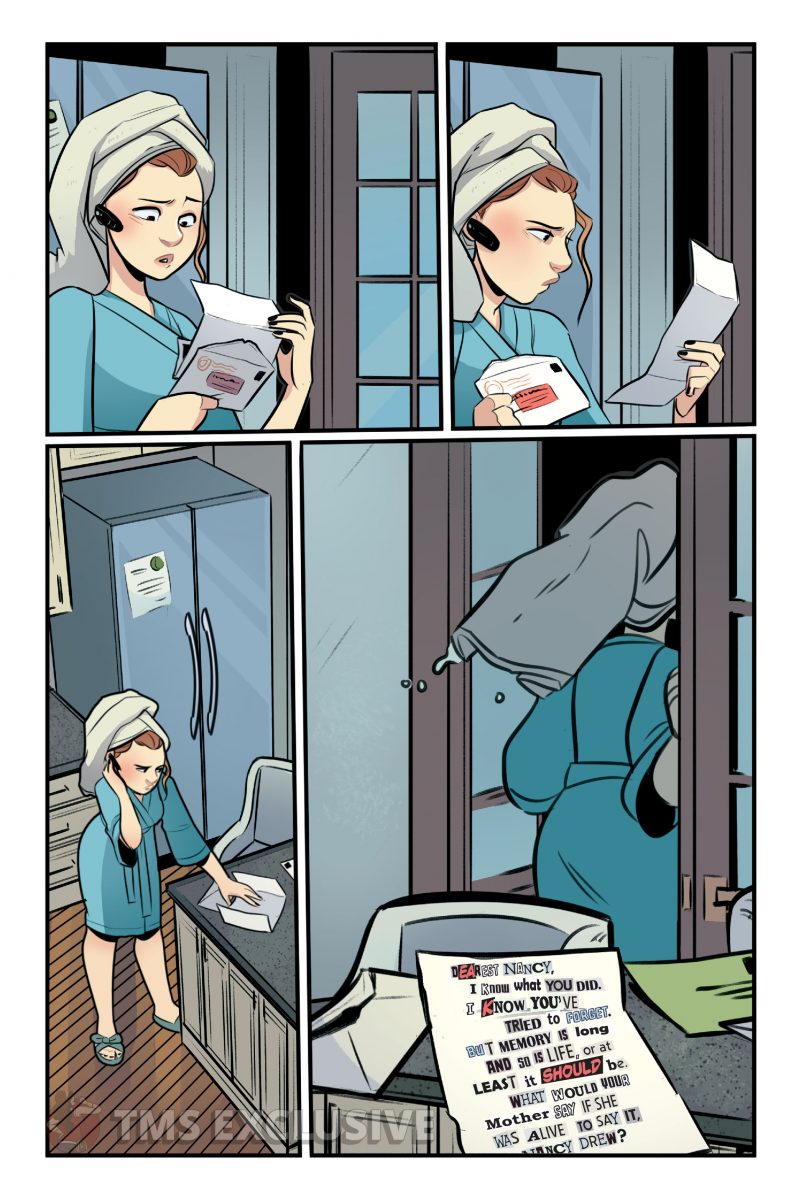 “As someone who read stacks of Carolyn Keene’s mystery stories as a young girl, Nancy Drew has been high on my list of ‘characters I’d like to draw comics of’ for a while now,” says artist Jenn St-Onge. “Getting to work on a series that I loved as a kid, as well as collaborating with Kelly Thompson again, is honestly the best possible combination I could’ve asked for! Nancy is clever, tough, and surrounded by close girlfriends who help her in her adventures, which I think is so super-important in telling stories about young women; I’ve yet to tire of telling stories about the resourcefulness of teens or the power of friendship, and this series is great in both departments.”

Check out some of St-Onge’s character sketches: 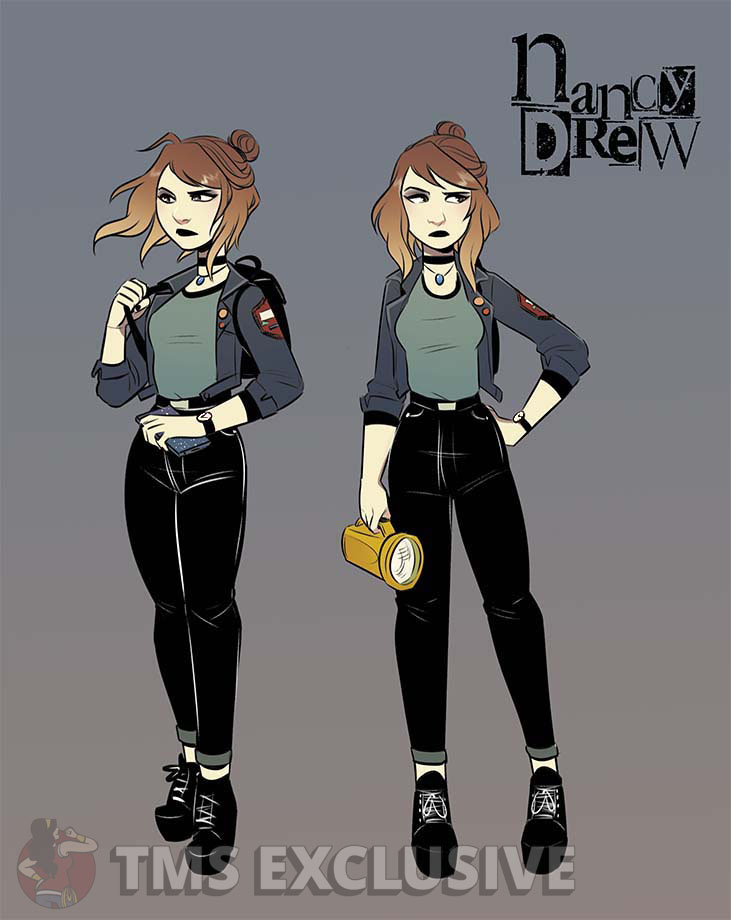 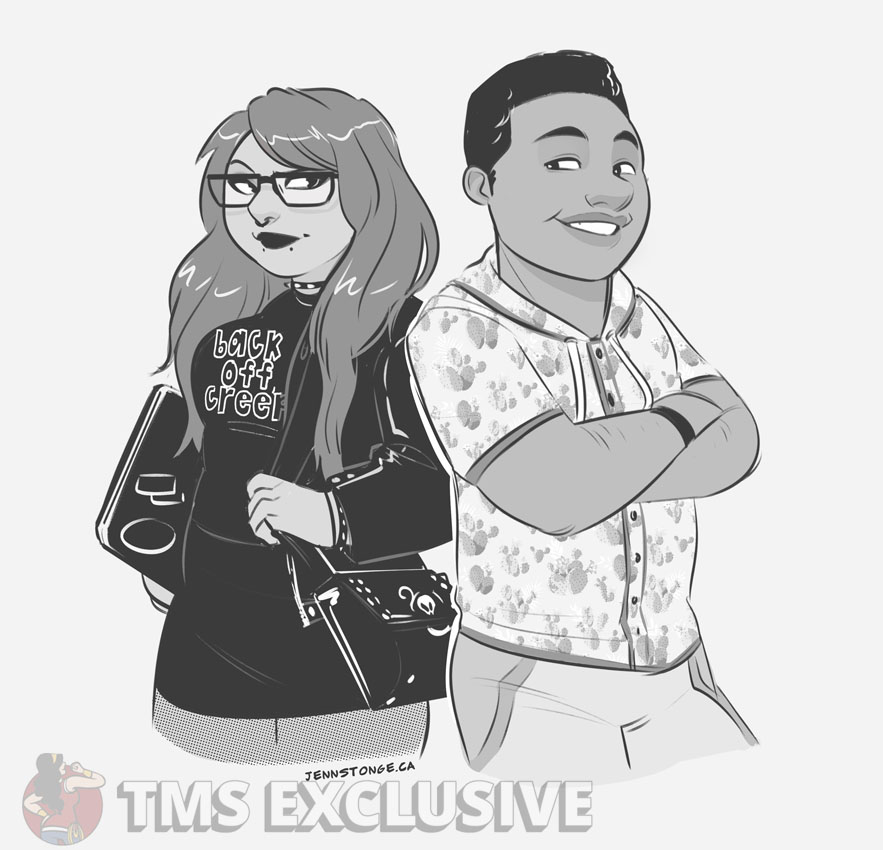 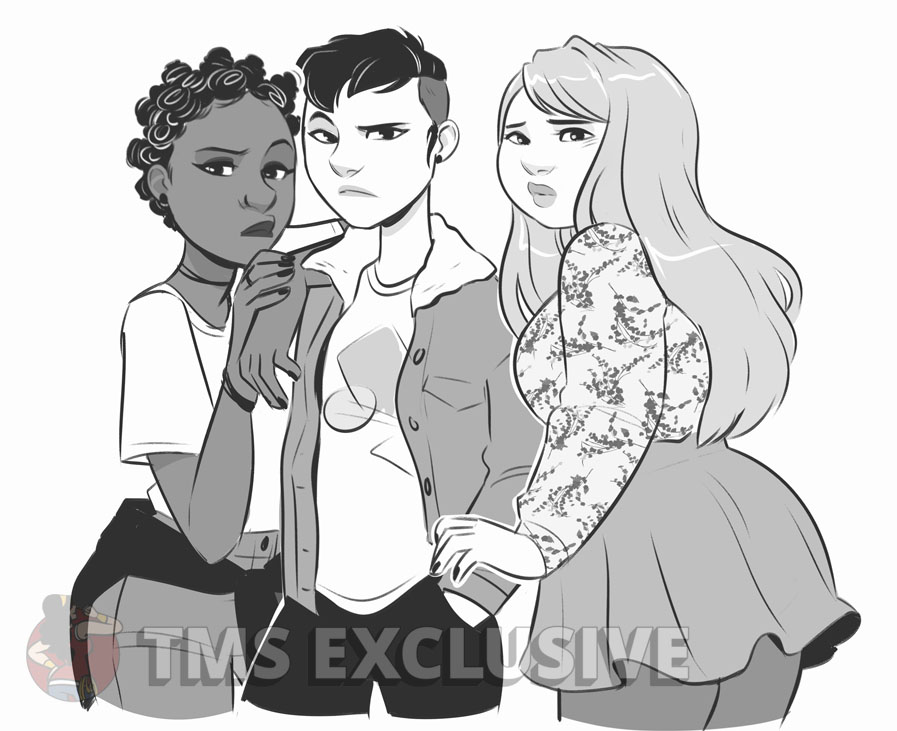 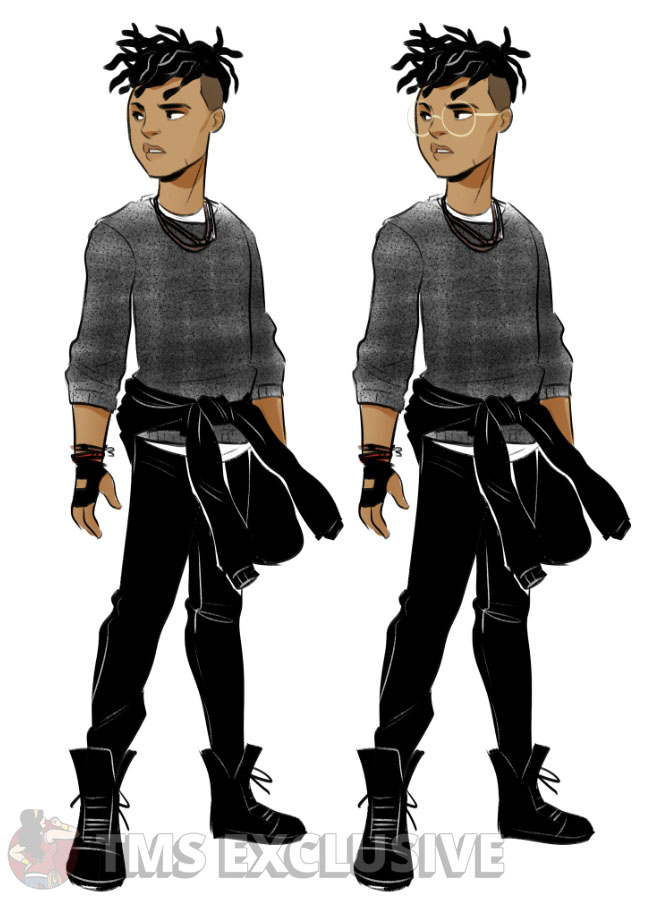 “Kelly’s bringing an incredible sense of character, stakes, and intrigue on top of a humongous vibe of fun,” says editor Nate Cosby. “The attention of detail that Jenn has paid to designing Nancy and her supporting cast and their world is one of the most impressive sequential art feats I’ve ever seen…you’re not just gonna love reading the story; you’re gonna wanna hang out with Nancy and her buds. It’s an utterly gorgeous bouncy blast of a book, with Triona Farrell bringing deft touch and texture on the color art, and thoughtfully unique letter stylings from Ariana Maher. Nancy is in the best creative hands possible.”

So excited for more Nancy Drew adventures! Nancy Drew will be solicited in Diamond Comic Distributors’ April 2018 Previews catalog and slated for release in June. If you wanna support this book, make sure to pre-order it with your local comics shop!