Things We Saw Today: Check Out This Unnerving Teaser for a New Comic Featuring a Favorite Childhood Heroine 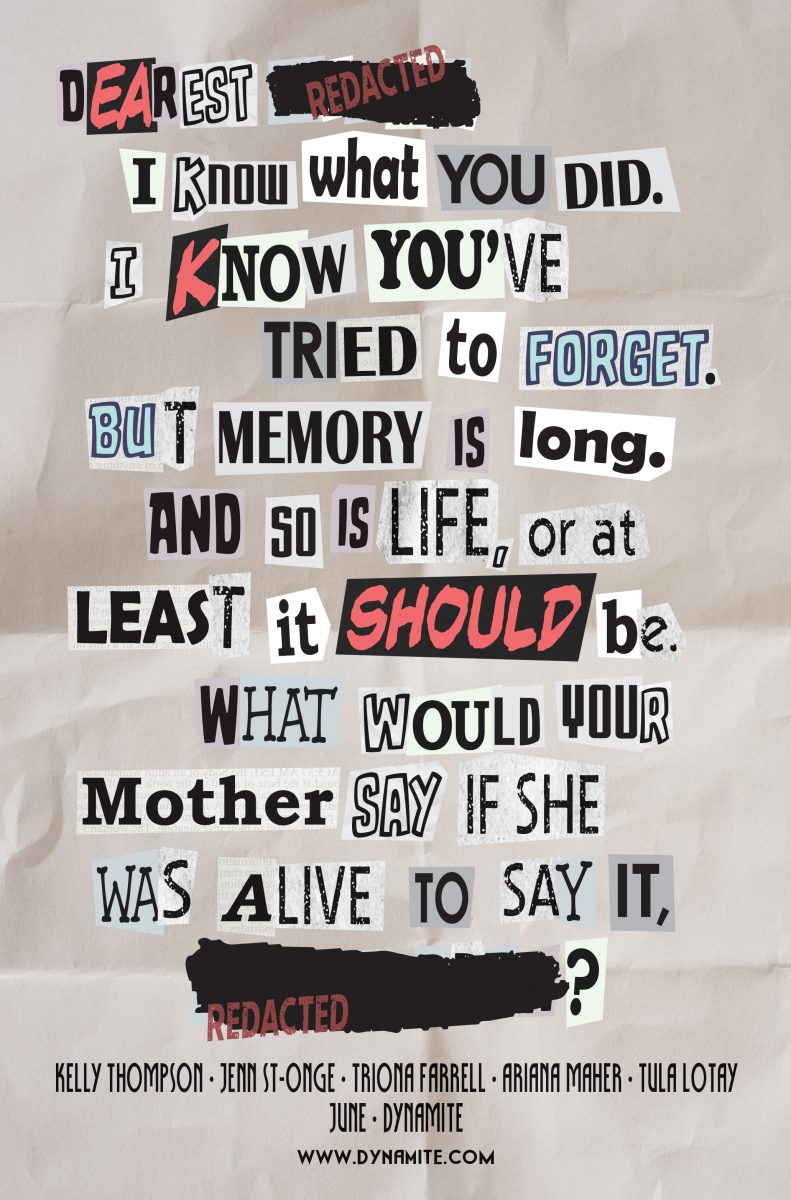 One of the reasons why comics are an awesome medium is that it’s the perfect place for stories from our past to find new life. There is a female protagonist near and dear to many of us from our childhood reading that is getting her own comic later this year. I can’t tell you who it is just yet, but Dynamite has provided an awesome, and slightly unnerving teaser image, which you can check out above.

Looks mysterious. And also creepy. The one thing I know for sure is that it has a kick-ass creative team. I’m a huge fan of both writer Kelly Thompson and artist Jenn St-Onge, and the rest of the art team named above are all Quality, capital “Q.” TMS will have the exclusive reveal of this new comic, complete with cover images and a preview later this week, but for now…what do you think the above means? And what favorite heroine would you like to see get her own ongoing comic?

Elsewhere on the Internet:

Introducing Jane Walker, our new icon that celebrates progress in Women’s Rights. With every step, we all move forward. pic.twitter.com/1YP32odgJk

So, Johnnie Walker brand Scotch has created a “Jane Walker” edition with a new logo featuring a woman in the iconic striding position in order to express their commitment to gender equality, as well as to make women feel more welcomed by the brand. Lest you think they’re leaving it at the logo, $1 from every bottle of the “Jane Walker” edition sold will go to organizations championing women’s causes, such as the ‘Monumental Women’ campaign and She Should Run, a group dedicated to inspiring women to run for office. (via Design Taxi)

Watch with glee as Daveed Diggs and Rafael Casal, hip-hop partners IRL, play a carrot and a sweet potato respectively in an epic Food Rap Battle to help Elmo decide what healthy vegetable to eat on Sesame Street. (via Sesame Street on YouTube)

Disney XD’s Star Wars: Rebels is coming to an end. *sniff* Check out the trailer for the series finale. (via /Film)

What have you seen out there today?