The Mary Sue Exclusive: Comixology’s Recent Marvel Sale Boasted 7 Out of 10 Female-Led Titles in the Top 10 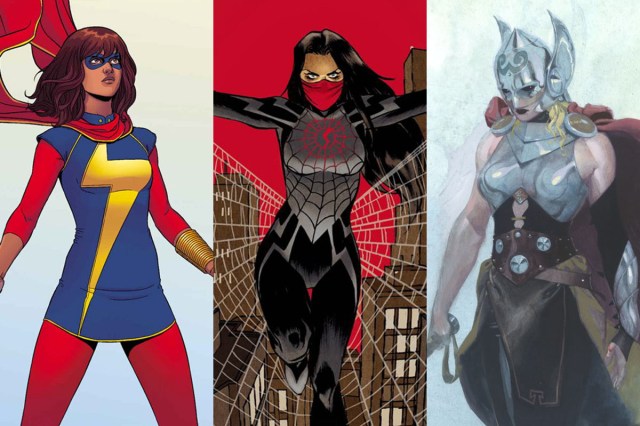 Last month, digital comics retailer Comixology did a buy one, get one free sale for any and all Marvel titles. Who made the top 10? Hint: it wasn’t Wolverine.

Comixology gives The Mary Sue an exclusive look at their top 10 titles sold during the sale:

We already knew the new, female Thor was outselling original Thor and that Marvel put their faith in both her and Kamala Khan (Ms. Marvel) to play a large role in their post-Secret Wars Avenger team but definitely cool to see their Asian-American hero Silk in the number one spot too. Just another bit of hard numbers to support the notion that diverse titles are a good thing and readers really want to give you their money for them.