Evil Dead Adaptation Has A Lot of Blood | The Mary Sue 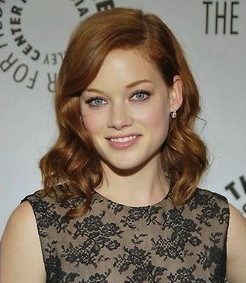 There’s so much blood that the blood got stuck in my ear and I had a terrible ear infection when I was there and couldn’t hear for three weeks. This is really gross, but, I cleaned my ear three weeks ago — and I clean my ears every week — but there’s still, and I’m not even kidding, there’s still red coming out of my ears. That’s not a joke. It’s really kind of scary. — Jane Levy, on playing main character Mia in the upcoming Evil Dead reboot.

There’s always some apprehension when a classic movie series gets rebooted, and The Evil Dead is no different (though we’re pretty excited about it having a female lead). But there’s one things fans won’t have to worry about: sound like the movie will have enough blood. Levy’s even worried about it being to wild for an R rating.

Previously in The Evil Dead