Eve Ensler Responds to Concerns Over the Vagina Monologues‘ Inclusivity 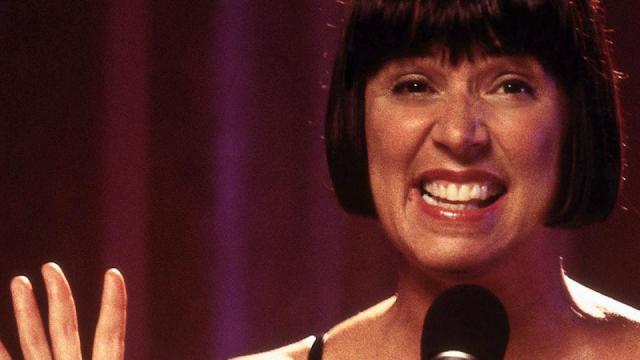 Last week women’s college Mount Holyoke was the subject of intense scrutiny over a campus theater group’s decision to effectively “retire” the Vagina Monologues in favor of creating an original and more inclusive play in a similar style. An email from a Project Theatre representative to the rest of the student body addressed concerns over the landmark text’s portrayal of race, gender, and class, explaining that the play offers a problematic and “extremely narrow perspective on what it means to be a woman.” So what does Eve Ensler think?

Last Saturday Howard Sherman, who has known the writer and performer “casually for several years,” reached out to Ensler and asked if she perceived Mount Holyoke’s decision as a case of political correctness run amok:

I think there’s so many issues running through all this. I don’t want to label it as such because there are genuine concerns that people are having that I want to be very thoughtful about.

This is my perspective on it: The Vagina Monologues is a play. It’s one play. It was never meant to speak for all women and it was never a play about what it means to be a woman. It was a play about what it means to have a vagina. It was very specific. I don’t think I ever said that the definition of a woman – that a woman is defined by having a vagina. I think we have to be able to live in a world where talking about our vaginas is legitimate, due to the fact that three and half billion women have them.

I wish the play was irrelevant. I wish we had reached a state where women are liberated and safe and not under this kind of ongoing oppression of violence and degradation and inequality. But that hasn’t happened yet. I don’t think we’re close.

I think that it’s also really important that trans and transgender people have voice and have access to voice and have plays and ways of articulating their concerns and their issues. Ten years ago there was an all trans production of The Vagina Monologues and I spent quite a bit of time with trans women and we actually went away for a weekend and we shared stories and experiences and as a result they asked me to write a piece for them called ‘They Beat The Girl Out Of My Boy’ which I did and which has been an optional monologue. [A new monologue is added to the play every year.] It was included in the V-Day performances of The Vagina Monologues for the last 10 years and trans women and trans men have been performing The Vagina Monologues for 10 years. So I feel like there has been inclusion.

Sherman also asked Ensler how she felt about Mount Holyoke students’ negative opinion of her work (a bit of a complicated question, considering there’s no evidence that the email in question was ever meant to be seen outside of the student body). The performer praised Project Theatre for creating new content, but cautioned that the message of Vagina Monologues is just as necessary as ever:

I think I have to say that we have to live in a climate and in a world where women with vaginas feel safe and free and open about articulating the stories about their vaginas. That has to remain a possibility and something that we cherish and celebrate in the same way that I would honor transgender people giving voice to their own realities. I think there’s something about the ‘either or-ness’ about it that I find problematic.

I think we have to be careful as we’re evolving and exploding more and more voices that we don’t silence other voices. That’s the thing we always have to be very concerned about and having our attention paid to. It isn’t one thing or the other. We’ve come to the point where we want to now integrate and want other voices. That is fantastic. Go and write a play that does that. Celebrate that. I encourage that. I’ve been celebrating artists my whole life who are giving voice to new strains and pushing the edge and challenging the givens and the status quo.

For more of Ensler’s thoughts on the Vagina Monologues‘ relevancy in 2015, I recommend checking out her full interview with Sherman or The Guardian‘s coverage.

What do you think of Ensler’s reaction, gang? Personally, I’m a little confused by her assumption that Mount Holyoke’s Project Theatre somehow set out to “annihilate the Vagina Monologues.”  I’m not convinced that her play’s pro-vagina message outweighs its omissions so much that it still deserves to be performed, but the Vagina Monologues isn’t a text that’s likely to be “annihilated” in the near future: even after it’s no longer staged, I suspect Monologues will still have relevance, at least as an academic text and jumping-off point for discussion.

It’s worth pointing out that Ensler wasn’t the first to jump to conclusions about Mount Holyoke’s decision; many news outlets have also created a narrative that pits the women’s college against her. But there’s actually no cap on the number of feminist plays we’re allowed to have, and a theater group deciding internally to write material that reflects their own politics is entirely different from a theater group publicly attacking Ensler’s work. I’m not defending the Vagina Monologues, but it’s important to note that viewing a well-established work through a critical lens is not the same thing as instigating a “catfight,” despite how this story is being spun on social media or in the mainstream news.

As Ensler herself says, “The Vagina Monologues is a play. It’s one play. It was never meant to speak for all women.” The only way more women and non-binary people will receive the representation they deserve is if we destroy the myth that one play also has to be the play–a single woman cannot successfully give all bodies, genders, classes, races or sexual identities the representation they deserve, nor should she have to.

As Ensler’s work is discussed in the run-up to V-Day performances this February, I think it’s important to remember that if the world allowed for the voices of more women, Ensler’s representational failures wouldn’t be so important. The Vagina Monologues might be deeply flawed, but so is the delight that many people are finding in watching Mount Holyoke “take it down,” or the assumption that Monologues must become irrelevant before new content can be created. There is so much room for more representation and feminist voices. Much like my vagina, we have endless space to fill.

(via Howard Sherman over email)