What's so special about your vagina? 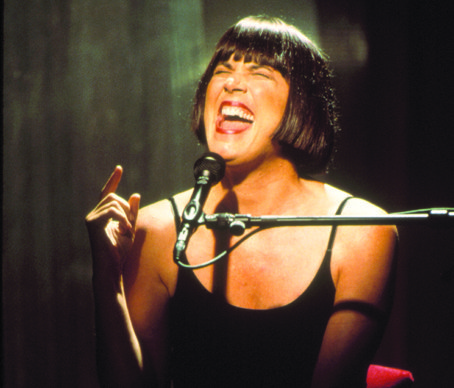 Women’s college Mount Holyoke announced in a campus-wide e-mail recently that the school will be retiring Eve Ensler’s seminal play The Vagina Monologues over concerns that the text isn’t sufficiently intersectional. In the e-mail, student representative Erin Murphy explained

At its core, the show offers an extremely narrow perspective on what it means to be a woman […] Gender is a wide and varied experience, one that cannot simply be reduced to biological or anatomical distinctions, and many of us who have participated in the show have grown increasingly uncomfortable presenting material that is inherently reductionist and exclusive.

Mount Holyoke recently announced that it would accept applications from any prospective students who identify as women in the upcoming 2015 admissions cycle.

In her email, Murphy also addressed issues with Monologue‘s representation of race, class, and “other identities,” and explained that, rather than make large adaptations to the existing text (presumably due in part to rights issues), Mount Holyoke’s Project Theatre Board will instead be presenting a series of student monologues. Campus Reform says the original play will be

[…] performed in a fashion reminiscent of the feminist classic. The program will be performed alongside the College’s Peer Health Educators, an on-campus student-led group that provides education and workshops for students, including a workshop on how to use sex toys properly.

Based off discussions on Mount Holyoke’s anonymous message board the Holyoke Confessional, not all students think retiring the play was the right decision for the school:

I love how people who have never been able to discuss or embrace their vaj-wahs aren’t going to find an avenue here, either, since female-validating talk about vaginas is now forbidden. That’s so misogynistic under the guise of ‘progress.’

Another poster argued that if the show couldn’t legally be updated, the Theatre Board was right to instead create a more inclusive feminist text:

We can’t present a show that is blatantly transphobic and treats race and homosexuality questionably, when one of the conditions of getting the rights to the show is that you can’t critique it or alter it.

The Vagina Monologues was first performed in 1996, and is traditionally shown on college campuses during Valentine’s Day to raise awareness for the V-Day Campaign, a movement dedicated to ending violence against women and girls worldwide. The play’s proceeds are typically donated to a women’s rights organization. In 2004, Ensler updated her play with the monologue They Beat the Girl Out of My Boy, inspired by interviews she conducted with transwomen; the text was performed for the first time at an all transwoman production in Los Angeles later that year.

Although I’m exceedingly privileged in that I’m one of the women whose race, sexuality, class and gender are represented respectfully in the Vagina Monologues, I agree that the massive amount of good the play has done doesn’t excuse its problematic text, even when the show is performed by a diverse cast.

Part of striving for diversity is rigorously analyzing our own biases and privilege, so I think it’s admirable that Mount Holyoke students are making their own intersectional content rather than relying on a text that is beginning to show its age. It’s totally possible to “embrace vaj-wahs” without excluding women who don’t have them or feel otherwise unrepresented in Ensler’s work, and recognizing the Vagina Monologues’ omissions and writing an original collaborative text to correct them is exactly what I’d hope for from students who were barely alive when the play first began to change the way countless audiences perceive their own bodies.