First Official Look at Evangeline Lilly’s Tauriel in The Hobbit: The Desolation of Smaug 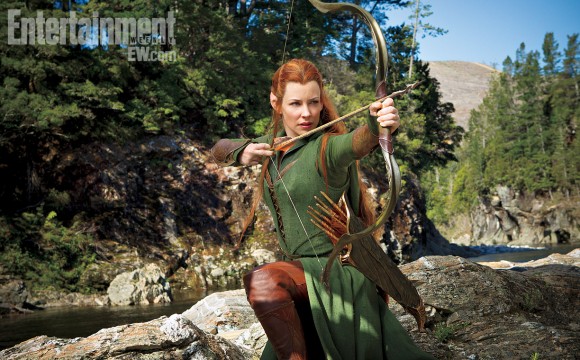 It’s been a long time coming, with grainy pictures of action figures and gifs of unreleased footage pretty much the only looks at Tauriel, the original female character Peter Jackson and Co. have added to the very, very male cast of The Hobbit. Am I disappointed that Entertainment Weekly focuses half their article on grilling Evangeline Lilly about whether her character has a romantic subplot? Yeah. Am I disappointed that the answer appears to be yes? Well, yeah. But I’m also happy that Jackson’s Middle Earth is one where more than two named female characters in the entire history of the setting have ridden into battle alongside men. Also, just look at this .gif.