There’s Been One More Episode Ordered for Eureka: The Season Finale 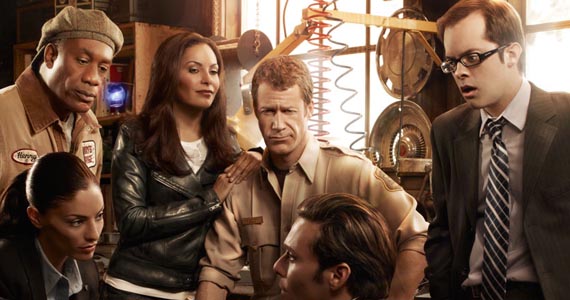 A couple days ago we talked to you all about the cancellation of Syfy staple Eureka. It made a lot of people sad. Well, not-SciFi is showing at least a…tiny bit?…of sympathy for the show, and has ordered one more episode of the show, in order for the show’s creative team to have an hour more time to wrap the story up.

Well…This is kind of good news? But only kind of. It’s still canceled.

Niall Matter, one of the stars of the show, said this yesterday, before the news of the final episode broke:

There’s just not enough time to button everything up. They’re going to work really hard to tie things up, but I read the episode and it’s not how I would want to end this series, that’s for sure.

Lucky for him (But…yeah, still unlucky, his show’s canceled), Syfy at least saw some mercy, and decided that giving everyone one more episode would help to provide what will hopefully be some much-needed closure.

As with the cancellation of most beloved shows, the news of Eureka‘s departure was not met favorably with fans. The network has since said that it was a very hard decision to make, but that the show’s rather sizable budget was the “final nail in the coffin.” It’s also been hinted at that the final decision was not entirely in their hands, but rather in those of their parent company, Comcast-NBC Universal.

On the topic of the final episode, Erica Cera, who’s been a cast member on the show since the beginning, said that “[The writers] have the opportunity to give us and the viewers closure—they’ve been loyal, loyal fans for years.”

When Pushing Daisies was canceled a few years back, the creative team heard in time to go back in, shoot some extra footage, and edit at least a semblance of closure into the episode. Hopefully, given a full episode, Eureka can pull of something to give fans their proper farewell.