Because this used to be a thing that was okay? That doesn't seem right... 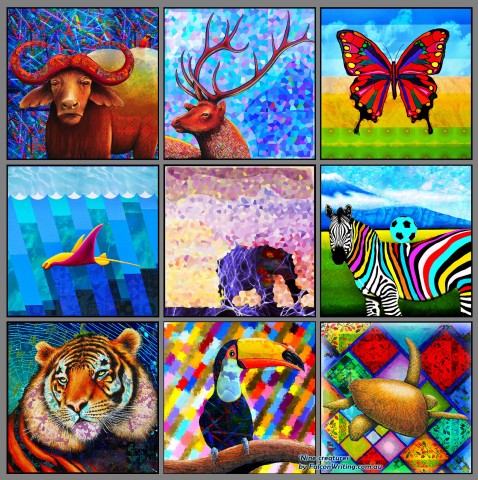 While you can still purchase some fairly odd things on Etsy, the Internet’s premier site for strange, handcrafted items of all ilk, there are some things you can’t get even there. As of this week, shoppers will no longer be able to buy or sell the lynx-and-chinchilla fur jackets of their dreams. That’s because Etsy executives have made the very responsible, right-thinking call to ban the sale of items that use or contain parts of endangered animals.

Using the U.S. Fish and Wildlife Service list of endangered species as a guide, the company has issued a blanket ban on the distribution or sale of any products that include the feathers, fur, bones, ivory, or the entire creepily preserved carcass of any species on the list. While the regulations are based on American laws, they will apply internationally.

Reportedly, users are by and large happy with the change, which simply removes many illegal items from the marketplace. After all, Etsy users tend to be by an large decent folk, and generally speaking, decent folk prefer to see things like tiger pelts on tigers, rather than floors. Any users selling prohibited products (whether vintage or not, as it would be too easy for the nefarious underworld of Etsy to mislabel such pieces and drive up demand) will be contacted, and if it’s deemed necessary, the listings will be removed. Sorry, but you’ll just have to find a private buyer for Grandad’s old polar bear skin rug.

In one notable exemption, North Alaskans using “traditional subsistence methods” will still be allowed to sell items containing parts from endangered animals that they are still allowed to hunt, provided they follow all relevant laws.

The status of imaginary animals including unicorns and manticores remains up for debate. If you’ve been vacillating over whether to buy that griffon feather headdress for a while, though, it may be time to pull the trigger before it’s too late.

(via The Daily Dot via The Mary Sue, image via FalconFabrics)