Should Rhino Horn Trading Be Legal? It Might Help | The Mary Sue

Scientists Call for Legal Sale of Rhino Horns to Help, Uh, Save Rhinos? 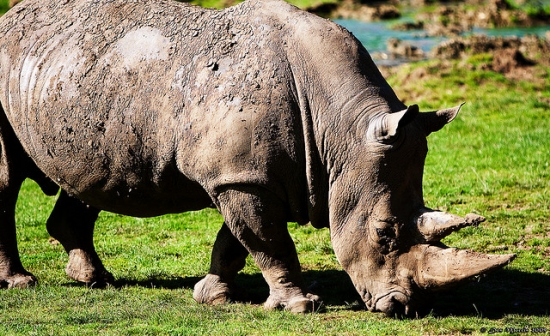 Reasonable people can probably agree that poaching endangered animals like a rhinoceros for their horns is foul play, but that doesn’t stop it from being a huge industry. There have been efforts to stop rhino poaching, like a ban on the trading of rhino horns, but these efforts haven’t worked. Now, in a weird Hail Mary play, four environmental scientists are calling for the international community to allow for a legal rhino horn trade in the hopes that it will curb the demand for illegal poaching.

The lead author of a article published in Science, Dr. Duan Biggs says, “As committed environmentalists we don’t like the idea of a legal trade any more than does the average member of the concerned public. But we can see that we need to do something radically different to conserve Africa’s rhino.”

This is certainly something radically different, but with only an estimated 5,000 Black Rhinos and 20,000 White Rhinos left in the world it’s time to take some chances. As the populations of rhinos dwindles, the demand for their horns is higher than ever before with people willing to pay $65,000 per kilogram last year, says the article. That’s more than ten times the price per kilogram from 1993 when it was just $4,700.

Could this plan actually help save the rhino? The idea is that if a legal trade is introduced it can be regulated, and done in a way that doesn’t harm the animals. Instead of removing the horn completely it can be carefully shaved down. The risk to the animal through the shaving process is minimal, and it’s certainly better than being shot to death and having their horn hacked off. A rhino can slowly grow its horn back, as it adds about 0.9kg of mass per year.

Another benefit to a legal rhino trade is that if the rhinos are being farmed legally for their horns, that would require setting aside land for them that can be protected from poachers. This land would also then protect other species. I agree with Dr. Biggs that the idea of a legal rhino trade is a bit unsettling, but it seems like it could have a real impact on saving these animals from the brink of extinction.

(via Phys.Org, image via Mr Mo-Fo)