You Can Buy “The Internet” For Your Next Shareholders Presentation

The world would fall into chaos if the Internet were in the wrong hands, so you'd better buy it and keep it safe. 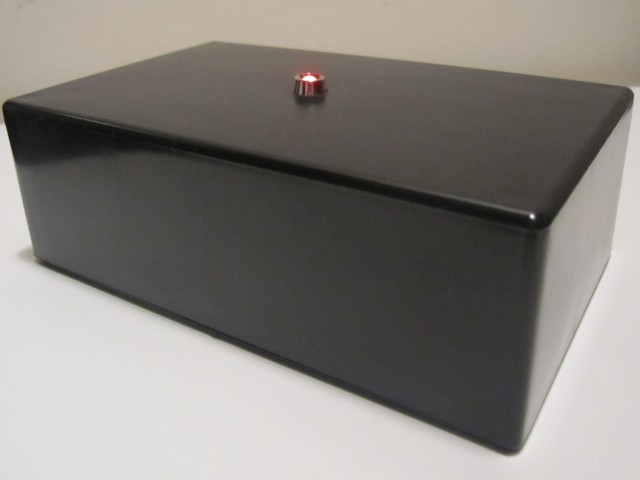 Sometimes you come across something online you never even knew you wanted — like The Internet itself. This replica of “The Internet” as seen in The IT Crowd is now available on Etsy. Sure, it may just be a plastic box with a light on it, but for fans of the show it could make a great addition to your desk.

“The Internet” has a handy blinking red light to remind you of the total collapse of society that would occur if The Internet were to turn off, and also a handy on/off switch in case you actually wanted to send the world spiraling into chaos. If you need a reminder of the horrors that would befall us without the Internet, here is Jen from The IT Crowd presenting “The Internet” to shareholders:

“The Internet” will run you about $30 plus $22.39 shipping to anywhere in the world, or $12.38 if you’re in Australia. $52.39 might seem pretty high for a plastic box with a light on it, but can you really put a price on owning The Internet itself? Besides, if you’re shopping on Etsy you’re probably used to paying a huge markup on neat, nerdy arts and crafts.

If you’re interested, head over to Mike Jenkins‘ Etsy page and grab one. There are only 13 available, though I’m sure he can make more. So could you if you live near a Radio Shack and have an hour to kill.