Episode 2 of Marvel’s What If…? Is One Long Hilarious Dunk on Chris Pratt’s Star-Lord 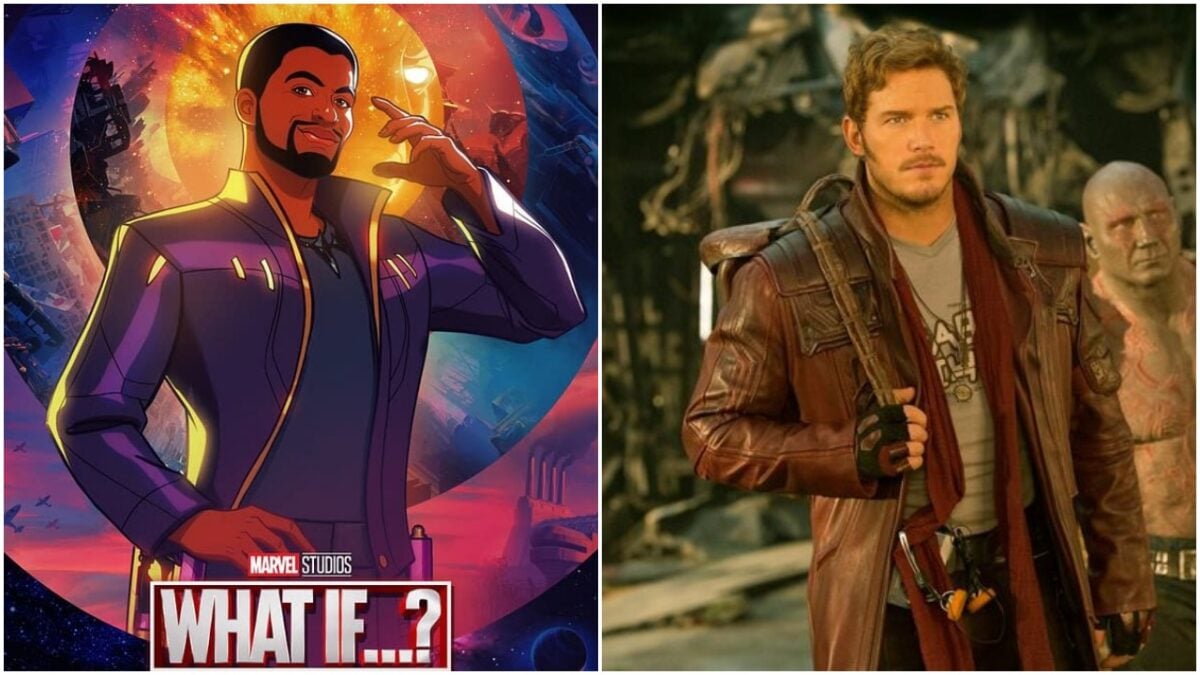 We’re two episodes into Marvel’s What If…?, and so far the Disney+ series has been delightful. The animation is gorgeously rendered, the voice cast seems to be having a blast, and the episodes move briskly. Last night’s episode of Marvel’s What If…? imagined a world where Yondu and the Ravagers abduct a young T’Challa from Wakanda instead of Peter Quill. The episode goes on to give us T’Challa as Star-Lord, a galaxy-uniting hero famous for saving planets and bringing peace.

In fact, nearly everything is better with T’Challa as Star-Lord: he saves Drax’s family, he convinces Thanos not to follow his genocidal agenda, and he transforms the Ravagers into a band of do-gooders much like Robin Hood and his Merry Men. This is all driven not by T’Challa’s strength or trickery, but by his innate goodness and sense of morality. His behavior only confirms everything we know about T’Challa as a man.

But the series also confirms something else: that Peter Quill’s Star-Lord is a useless goofball who leaves most situations worse than when he found them. T’Challa’s excellence only shines a light on just how inept our timeline’s Star-Lord really is. Of course, anyone familiar with the Guardians of the Galaxy knows that Peter Quill skates by mostly on luck and charm. But What If…? straight up roasts the reckless and impulsive man who would be Star-Lord at every possible turn.

#WhatIF spoilers
.
.
.
.
.
.
.
.
.
.
So what you’re say is that Peter Quill was literally the center of Space MCU’s problems? Because the presence of a benevolent and well-adjusted Space Deboo seems to suggest so 😂 pic.twitter.com/EA0nH9tMde

Again, this is not a roast of Chris Pratt the person (although if you want that there’s a lot to choose from). Quill is directly responsible for Thanos’s success in Avengers: Infinity War, when he attacks Thanos in a blind rage and ruins the hold that Mantis and the others have on the Mad Titan.

Yes, it was an emotional response to Thanos telling him Gamora died. But still, Quill’s temper and rage caused his team to lose control over Thanos, allowing him to collect all the infinity stones and snap half of the universe out of existence. By comparison, T’Challa’s Star-Lord overpowers Thanos with diplomacy and conversation.

T’Challa’s Star-Lord is a modern day hero, who is guided by his empathy and his unwavering moral compass. In that way, he is not unlike Anthony Mackie’s Sam Wilson. Both present welcome respites from the “shoot first, ask questions later” behavior of our traditional Western heroes. While T’Challa is able to work alongside former enemies, the insecure Quill can barely tolerate his fellow Avengers. In fact, he spends more time being intimidated by Thor’s presence than working together.

what if spoilers//
–
–
its so funny how people still act like “yall just hate on peter quill cuz of pratt, he is not that bad” and marvel just showed he is indeed that bad

In the finale of the episode, we find the grown Quill mopping floors at the local Dairy Queen, where he is found by his estranged father, Ego. And while we can assume that Quill’s fate will follow that of the rest of Ego’s offspring, many online would much rather watch Quill join forces with fellow ice cream slinger Scott Lang.