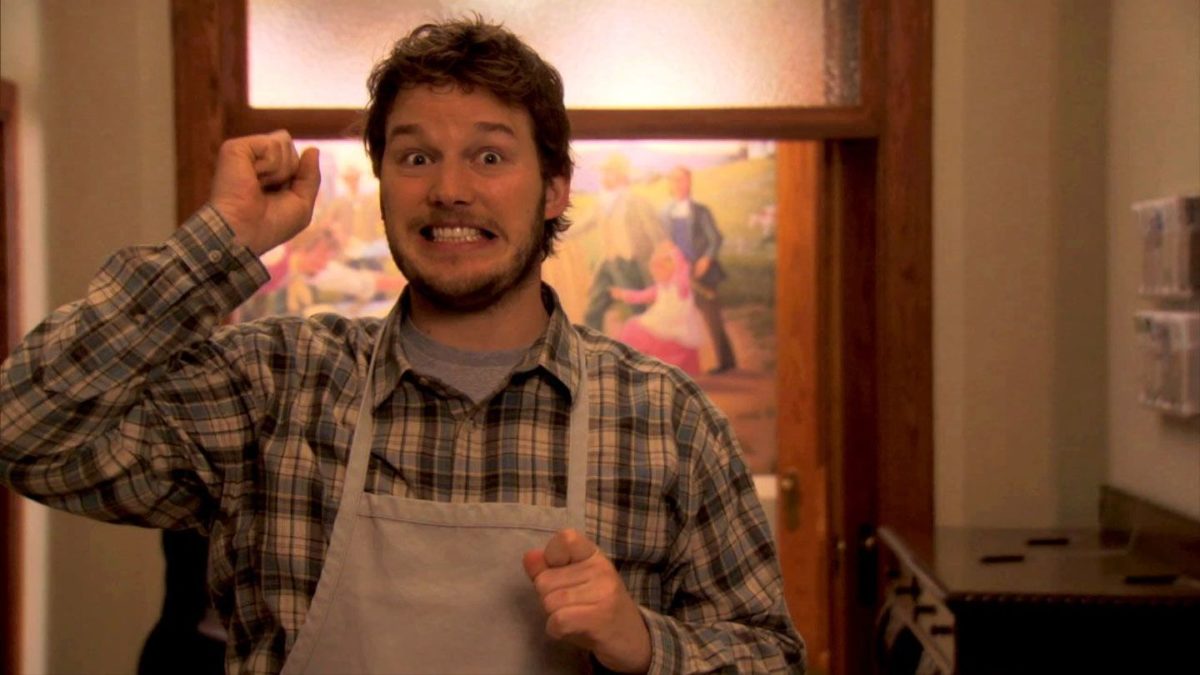 First of all, Chris Pratt … a poet you are not. I’ve never wanted to lay my head down on a table and just cry more than trying to read this poem that Pratt decided to post on Instagram. I guess, in a way, he’s trying to say that taking the middle ground and choosing your own path is what we all need to do instead of listening to either “side” of the news. If there’s something 2019 doesn’t need, it’s more “both sides” nonsense.

Pratt decided to preach about his beliefs and how there are “ding-dongs” on the left and the right, and that we all should, essentially, be Americans first. Because he’s very American. Remember when Pratt wore an interesting American flag shirt? What about his church that he defended, saying it’s not anti-LGBTQ, even when there have been reports from ex-members disputing this?

Anyway, the point of all that is that, as much as it pains me to say it, Chris Pratt has continually made it clear that he isn’t someone I can support. I don’t like his views. I think he believes in a church that is overall hateful despite the small community within it that he may have found, and he’s always done slightly questionable things and passed it off as him being the “funny” guy. (I’m particularly thinking of the instance where he decided to be completely naked on the set of Parks and Recreation, without the consent of the rest of the cast so that it’d be shocking).

So his latest poem is not shocking, just disappointing. Here’s the thing: Do you want to attract people who yell at others and call them “snowflakes” just for hating racism? Do you pride yourself on the fact that your comments are filled with Trump supporters? Because that seems like something I’d probably separate myself from, but with posts like this, Pratt is ushering it in.

Dropping a hot new poem I found. DING-DONGS Ding to the left. Dong to the right. The reverberations swell. Ding dong!Ding dong! They clang the outrage bell. Ding dongs on the far right fringes Squeaking mad like rusty hinges. Ding dongs from the far left squad Fixed on answers outside God. The media plays them like a fiddle Drowning out the healthy middle. Pick your tribe. State your name DISREGARD: WE’RE ALL THE SAME! (Burdened by a sinful heart and hiding in some form of shame.) Change the channel! Don’t be late! Pundits tell you who to hate! Who’s a racist? Who’s a fake? 24 hours of news to break! Skewering truths, spewing sewage, leading mobs of frenzied voices, With two choices, red or blue, And key points to regurgitate. Echo chamber ringing, rips the fabric of society. (Followed by an ad for a pill you pop to stop anxiety.) Get your blood a pumpin’ with some whisper fueled assumption, About someone who wore somethin’ or some singled out opinion among tweeters by the billions “But this one was so outrageous And egregious and alarming!” And you’re angry for the anger in your heart that had been forming Is on the verge of boiling over And you try but are unable Like Chernobyl in your heart the chain reaction is unstable And the blood pressure is higher than the moment just before… And the next commercial thankfully Is a high blood pressure cure. There’s a rhythm to this madness If you take a sec to look One option is unplug Put down your phone pick up a book But the other option probably is more helpful and realistic Find the humor, check the facts, and try to remain optimistic. Ask yourself the question: who profits from my rage? And prevent them from lining up their pockets with that booty. We’re His children despite race, creed, preference or age. Under God we’re indivisible. To stay United is our duty.

In a way, I guess what he wants is everyone to just get along. Much like a contestant on Miss Universe, Pratt aims for world peace, and wouldn’t we all like that? But this kind of poem comes off as very dense and shows that he is ignorant of his own beliefs and does not recognize the unique detriment that the extreme right is having on us as a society. (A 16-year-old had to get up at the U.N. today to scream about climate change because our president thinks it’s a hoax, so like, Chris, take a seat.)

How should we fix this? I vote that we replace Chris Pratt on the list of Hollywood Chrises with Christoph Waltz, mainly because I can never look at Parks and Rec’s Andy Dwyer the same way, and I’m forever mad at Chris Pratt for that.