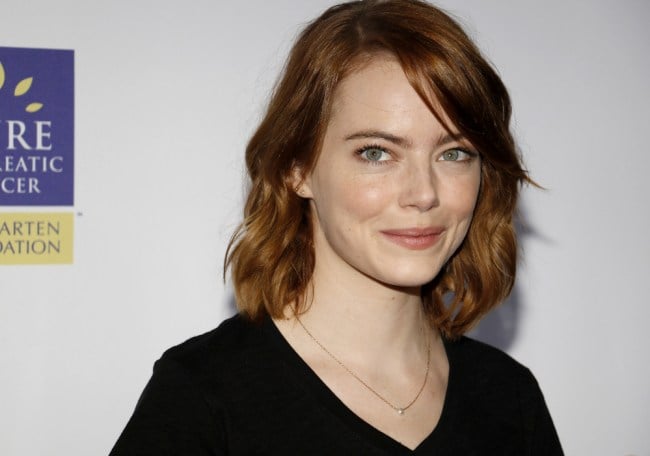 Emma Stone is on the cover of the new Rolling Stone, complete with a lengthy personal profile, and oh wow, does this woman give a good interview. It’s the kind of ultra-L.A. profile that involves sushi restaurants and hikes, an openness about her lifelong struggles with acting, and the PowerPoint presentations that convinced her parents to first homeschool her, and then move to Los Angeles.

She also discusses the struggles she’s had with microaggressions in Hollywood sexism. It’s disheartening to hear this particular person, at the height of superstardom, in serious talks for an Oscar nomination (if not win), describe her experiences of being so consistently undervalued. She talks about her new film La La Land as a breakthrough in a lot of ways, not least of which is the fact that she asked for things. In an ideal world, asking for, say, rehearsal time to learn how to tap dance for a musical, shouldn’t be a courageous step forward personally and professionally, but, well, we all know what kind of world we actually live in. As she puts it,

There are times in the past, making a movie, when I’ve been told that I’m hindering the process by bringing up an opinion or an idea.

Yes, how dare she waste time trying to make sure she’s doing her very best work.

And then even when she was valued for her contributions, or at the very least heard by her directors, she was still rendered invisible.

“I hesitate to make it about being a woman, but there have been times when I’ve improvised, they’ve laughed at my joke and then given it to my male co-star. Given my joke away. Or it’s been me saying, ‘I really don’t think this line is gonna work,’ and being told, ‘Just say it, just say it, if it doesn’t work we’ll cut it out’—and they didn’t cut it out, and it really didn’t work!'”

What I wouldn’t give to hear those off-the-record elaborations.

But maybe the most striking part of the entire lengthy, star-struck profile was the way Stone was so open with her issues of anxiety. She describes it as taking over at a very young age.

“I would ask my mom a hundred times how the day was gonna lay out. What time was she gonna drop me off? Where was she gonna be? What would happen at lunch? Feeling nauseous. At a certain point, I couldn’t go to friends’ houses anymore—I could barely get out the door to school.”

She goes on to describe the leaps forward she was able to make in finding coping mechanisms. Performing helped quell the anxiety, which is, perhaps, the point of the story’s inclusion—to tie her current mega-success to her childhood troubles. “You have to be present in improv, and that’s the antithesis of anxiety,” she says. But the most powerful anecdote of the entire interview (at least to me, and maybe to anyone who struggles with their own fear demons) is the way she talks about her childhood therapist, and one particular project.

“I wrote this book called I Am Bigger Than My Anxiety that I still have: I drew a little green monster on my shoulder that speaks to me in my ear and tells me all these things that aren’t true. And every time I listen to it, it grows bigger. If I listen to it enough, it crushes me. But if I turn my head and keep doing what I’m doing—let it speak to me, but don’t give it the credit it needs—then it shrinks down and fades away.”

Stone doesn’t say how old she was when she made that book—presumably sometime between those age-seven panic attacks and moving to Hollywood at 14—but what a powerful idea to come from a child’s brain, sort of a YA Hyperbole and a Half. How many of us have that little green monster on our shoulder, and how many of us struggle every day with ignoring it? Emma Stone’s life story is a fascinating and inspiring one, but this story transcends the typical awards season profile as something truly beautiful, a story every child (heck, every adult) should have.

(via Rolling Stone, image via Shutterstock)