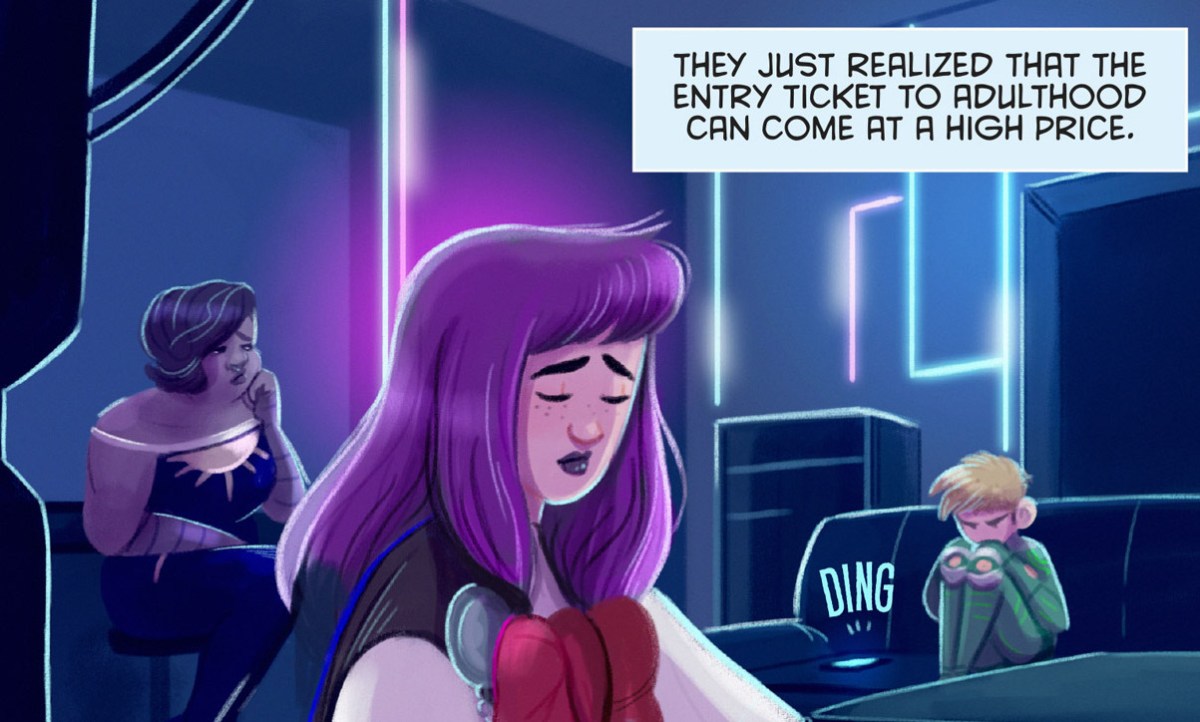 If you’re a sucker for teen superhero teams like I am, there’s a new book out there from that bastion of all things comics on the internet. ComiXology Originals has released a new limited series called Superfreaks from writers Elsa Charretier, Pierrick Colinet, and artist Margaux Saltel, with lettering by Ed Dukeshire. To mark the series’ third issue, ComiXology has provided us with a peek at some of its interior pages. Have a looksee below!

Superfreaks is a limited, 5-issue digital comic series that tells the story of a group of young teen sidekicks who have to step up when the main superheroes disappear. In Issue #3, “La Brute, the Mighty Vanguard, Red: all reveal their true natures in this highly-charged issue that’s packed with love, betrayal, friendship and action!”

In the following preview pages, the kids realize just how alone in things they really are, and that they’re going to have to try and do things differently if they expect to actually be able to help their city and earn any kind of respect. 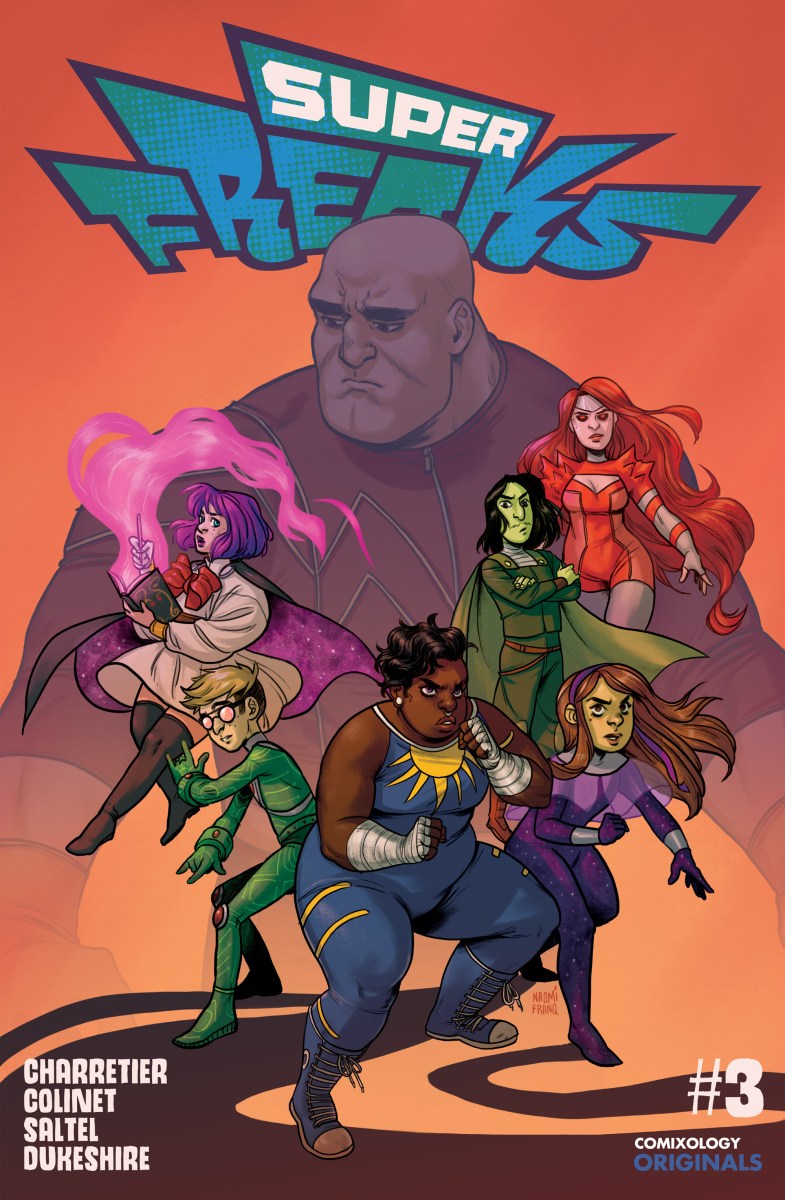 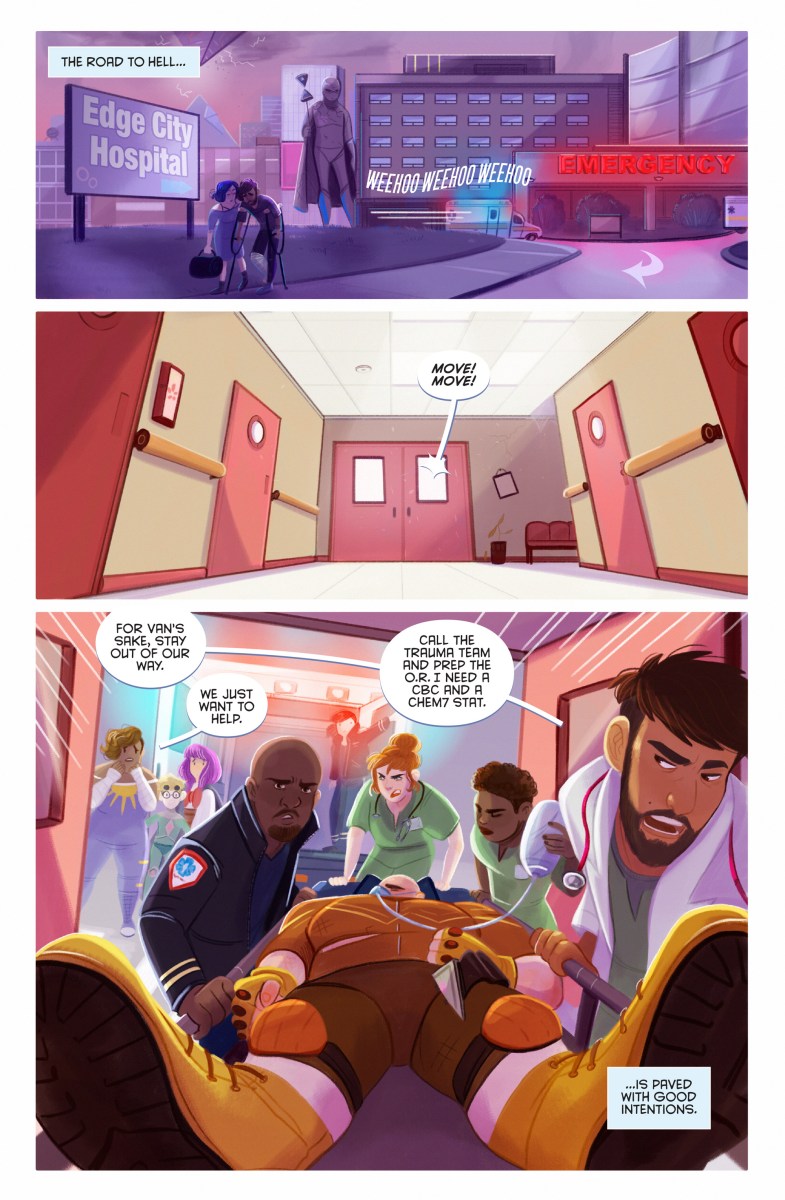 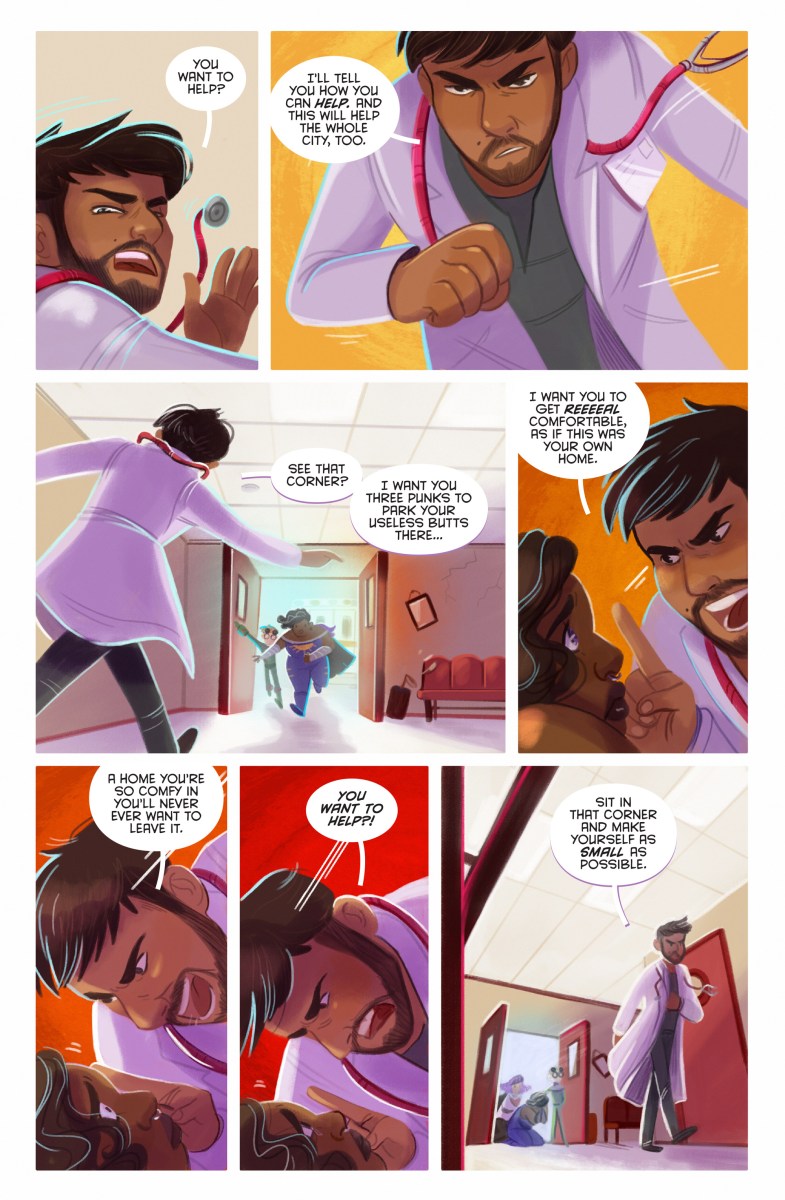 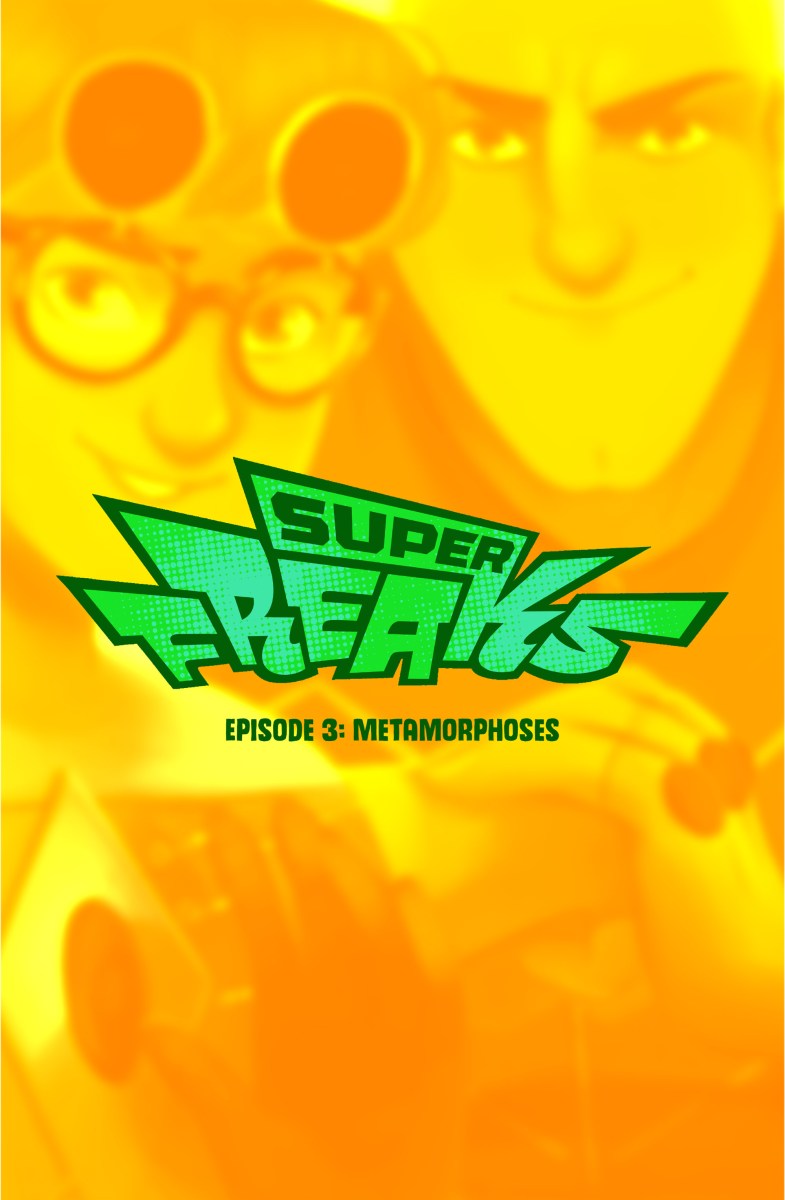 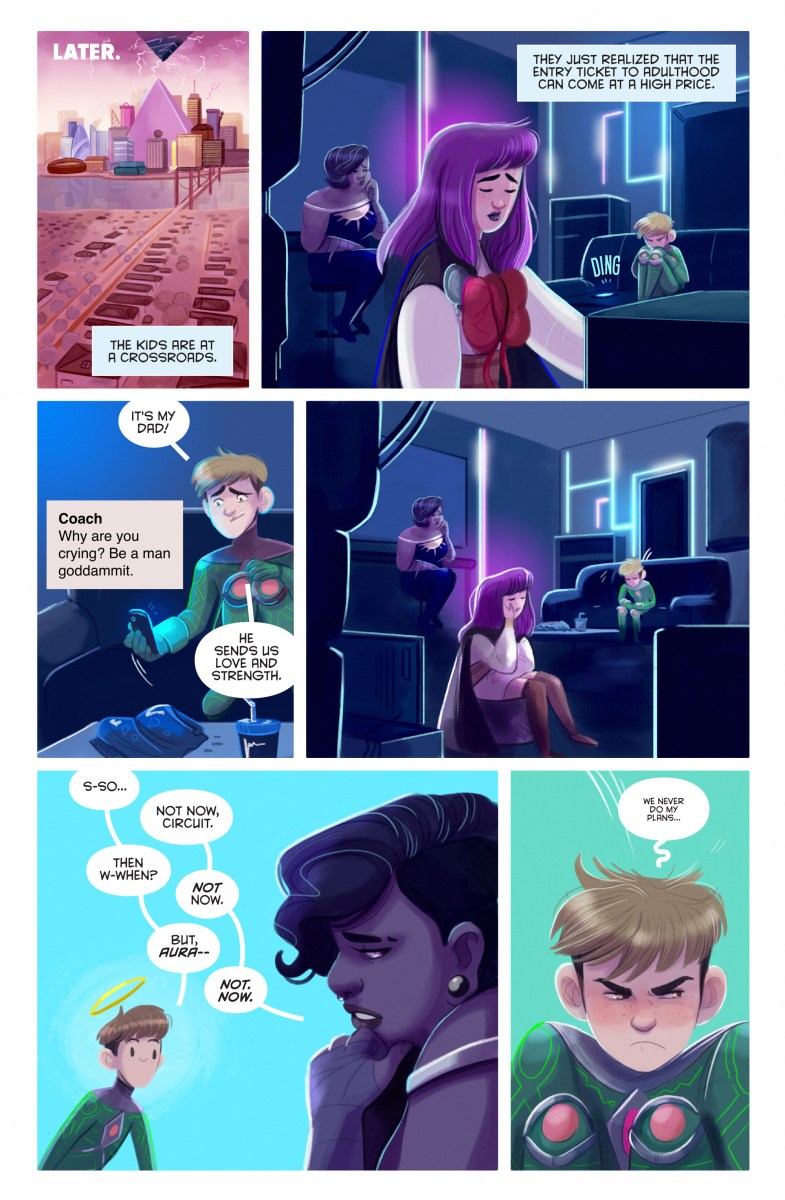 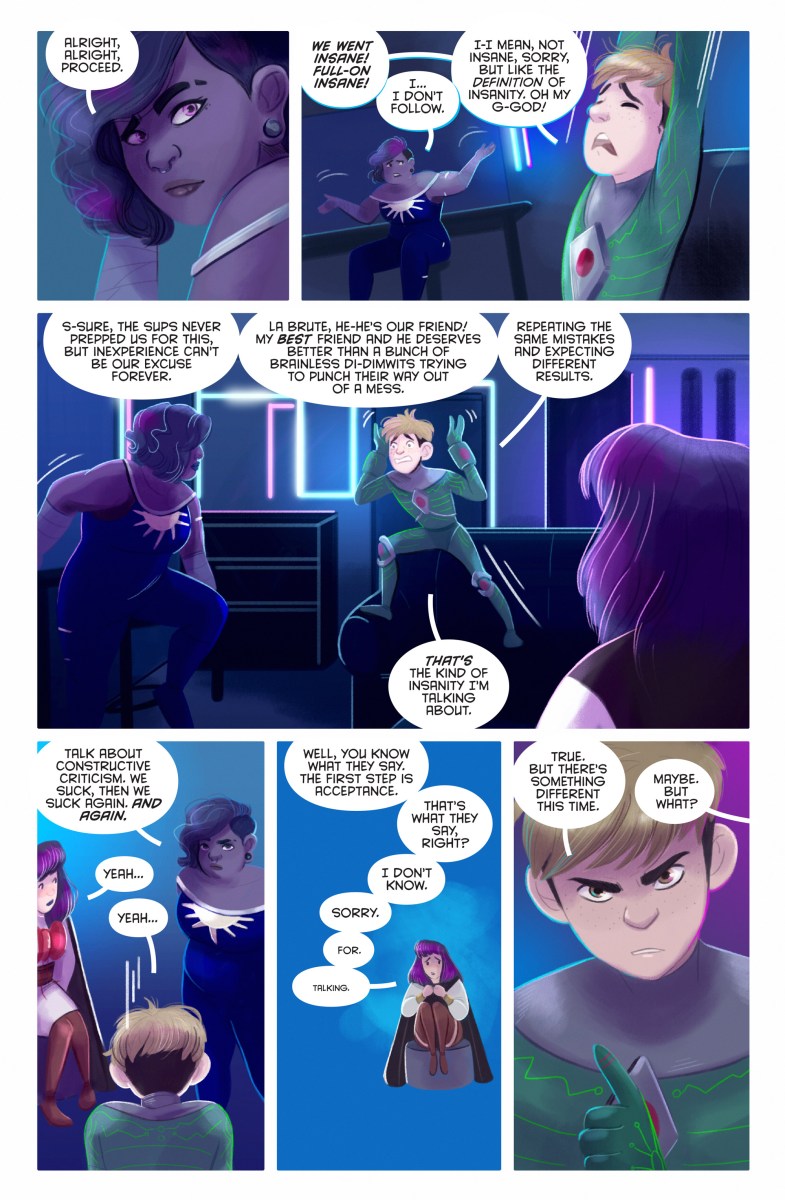 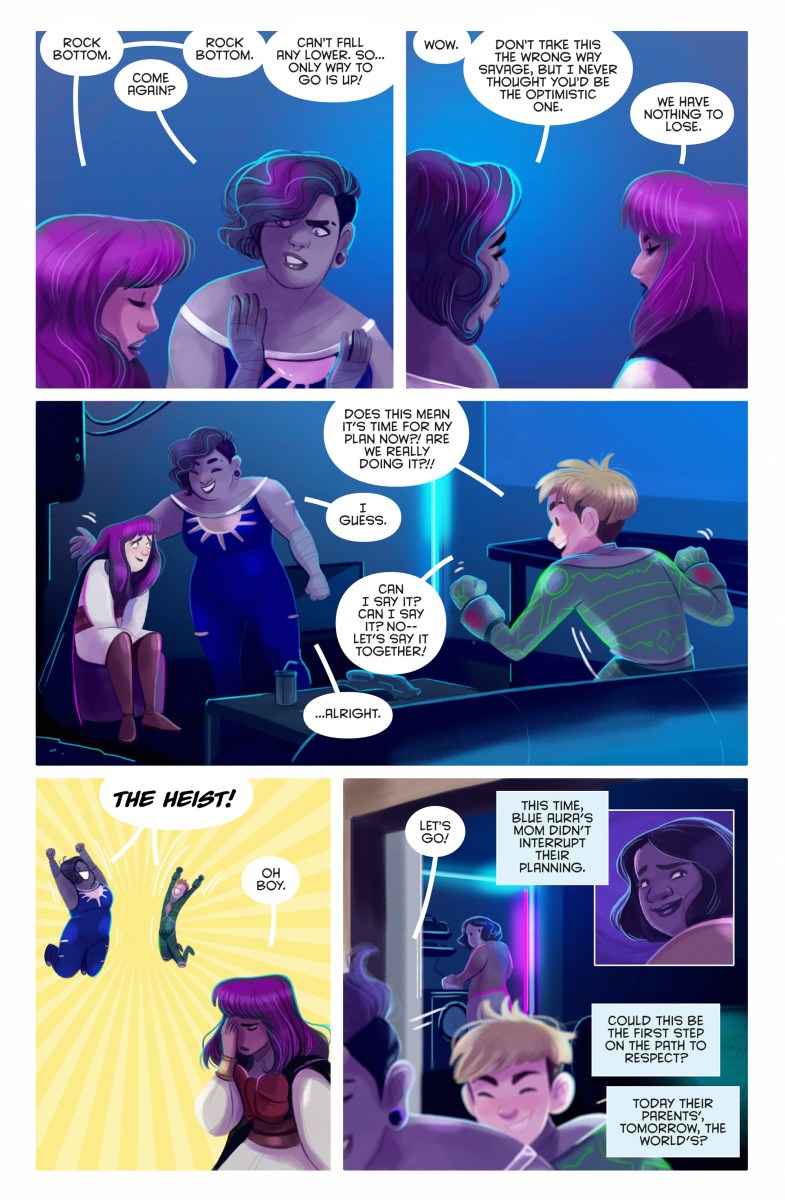 Want more? In case you missed it, check out Elsa Charretier’s awesome essay about an issue that comes up in Superfreaks #3. Then head on over to ComiXology for this issue, and the rest of the series!