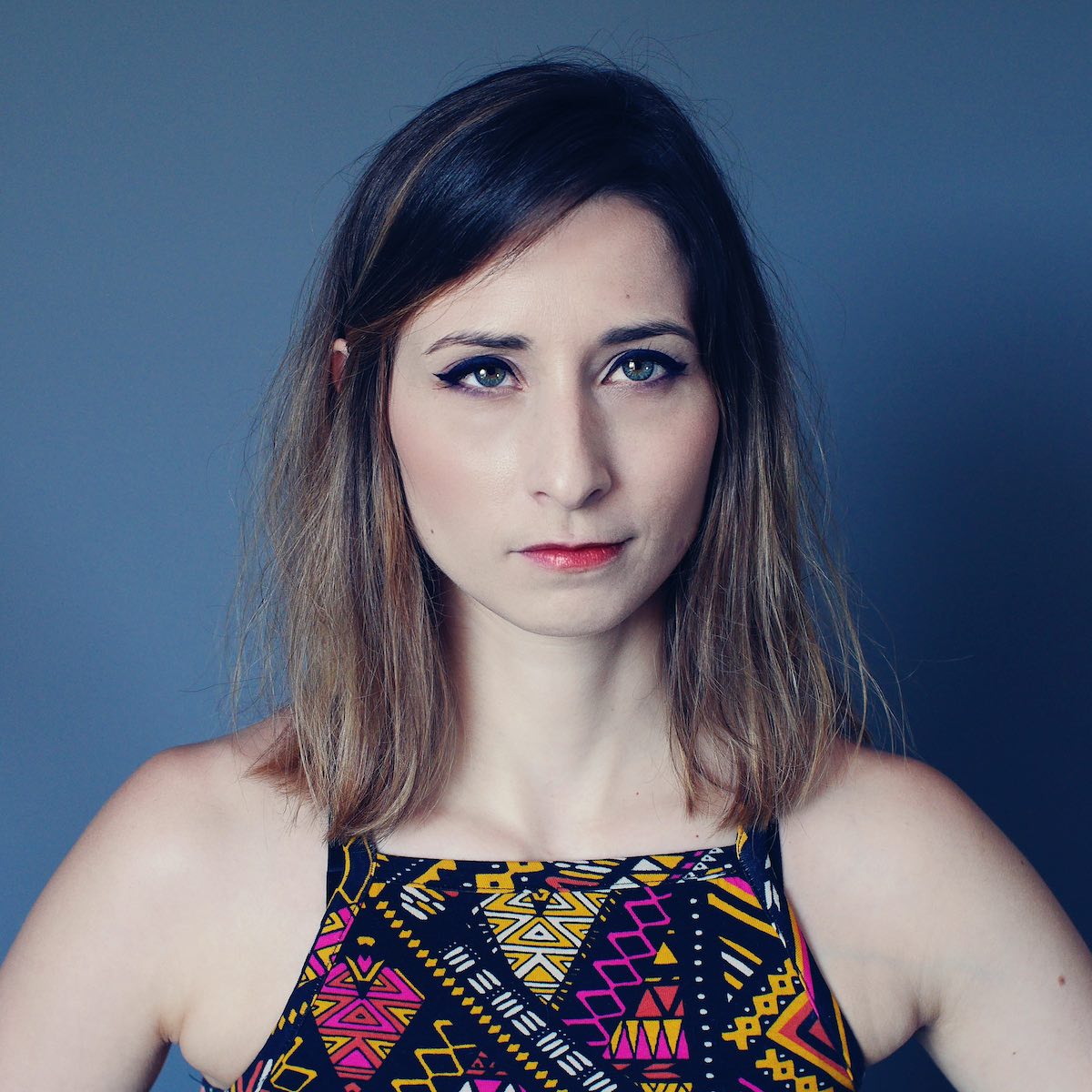 Even today, I still feel uncomfortable using the word “anorexic” to describe my younger self. I keep saying that I had “trouble eating.” I survived an incredibly risky open heart surgery when I was two months old, and grew up with the idea that I was lucky to be alive when other children didn’t have that same luck—that it could have been worse. Eighteen years later, fresh out of high school, I applied that same rationalization to my food and weight issues. I was still able to run, when some really ill girls were hooked up on machines in hospitals. How could I dare say that I was sick?

I’m a very pragmatic person, and causes and consequences are comforting to me. My parents never criticized my appearance, and I was a tomboy until 13-14 years old, not exactly concerned about my looks. I was loved, a happy kid … Then what in the hell happened? How did I find myself at 20 years old, refusing to eat more than half an apple at a time, losing my hair, my periods gone, having to take Imodium four times a week because my gut was in terrible shape, running and running and running to shed the last bit of fat that I hadn’t already sweat out? It didn’t make sense. Family worried, of course, but on the other end, everyone told me I looked like a ballerina, and this made me SO happy. Ballerinas are classy. Ballerinas are pure. Ballerinas are looked at.

A couple of years prior to the beginning of my food issues, I had taken it upon myself to become an actress. I loved movies and thought, at the time, acting in them would fulfill me. I wanted something more out of life than a 9–5 job. I wanted that so badly. I was terrified to lead a boring life and threw myself into classes, castings, and whatnot. I studied Meisner, Stanislavki, dedicated myself to my craft, and all I ever heard in casting calls was “she’s too pale,” “we need a blond one,” “she’s too short.” Enter a room with ten girls looking exactly like you, and you’re not going feel so unique after that. Suddenly, everything became about how I looked. I was never the feminine-dressy-sexy type of girl, but I wanted this life so badly that I just invented a new me: heels, skirt, hair pinned in a high bun, red lipstick. The actress me.

God I fucking hate her.

I dropped 20 pounds in a year. I’m 5′, so that’s a lot. I first cut all fats, then meat, then carbs. So yeah, I wasn’t eating anything at that point. I was terrified of my food being contaminated, and little by little, my stomach shrunk, leaving me unable to eat more than half a fruit at a time. The thinner I got, the closer I thought I was to a career, and I became obsessed by it. By then, I had invested so much time and energy that even though I had made zero career progress, I refused to quit. I felt like such a failure. I was 23, had no college education, no practical skills, and I felt … old, unable to start over. I felt that if I couldn’t be an actress, and had to work in retail for the rest of my life, I’d rather die. And if I had to die, I’d rather die skinny.

It took me years, but I finally had the strength to face that I was not meant to be an actress and cut all ties to those evil movie people who made me feel like shit all the time. I was sad—the saddest I’ve ever been. I got fired from a job because they said I couldn’t cry at the front desk. I got another job at a designer store and caused their bankruptcy because I was so awful to customers. I felt empty, but looking back, this was a detox period. Back to the old, tomboy, real me—no makeup, flat shoes, bit nails—but I still wasn’t eating.

I had no one left in my life but my partner at the time. He knew me well enough to realize that tough love was what would work on me. He tricked my pride, my bullheaded personality, and made putting some weight back on into a challenge. He bought a cooking scale, and every week, we would add 20g on my plate. It was awful. I would eat a tiny loaf of bread and get so full I thought my stomach was going to burst open, but gradually, I added more variety, ate proteins again, and my self-esteem came back with every pound I put back on. It took months, but he never gave up on me, putting his warm hands on my aching belly, cooking pastries to titillate my appetite.

Things were better, but not good. And then, a bulky angel came straight down from fitness Heaven and introduced me to weight lifting. For someone who wanted to look as shapeless as possible, bodybuilding was kind of a stretch, but it changed my life. I started to train and discovered I was actually pretty athletic—and boy was I hungry. Endorphins swept away the last bits of that depressing life I had been living for the past 6 years. It made me wanna push myself, discover my body again. During all the time I had not been eating, I felt like I was just a talking head—not anchored on the ground, floating from one point to another. Today, I’m 24 pounds heavier, all muscle. Well … mostly muscle. I feel strong. I feel like I can tackle any challenge that’s thrown my way, and when I do fall down, I’m right back up. 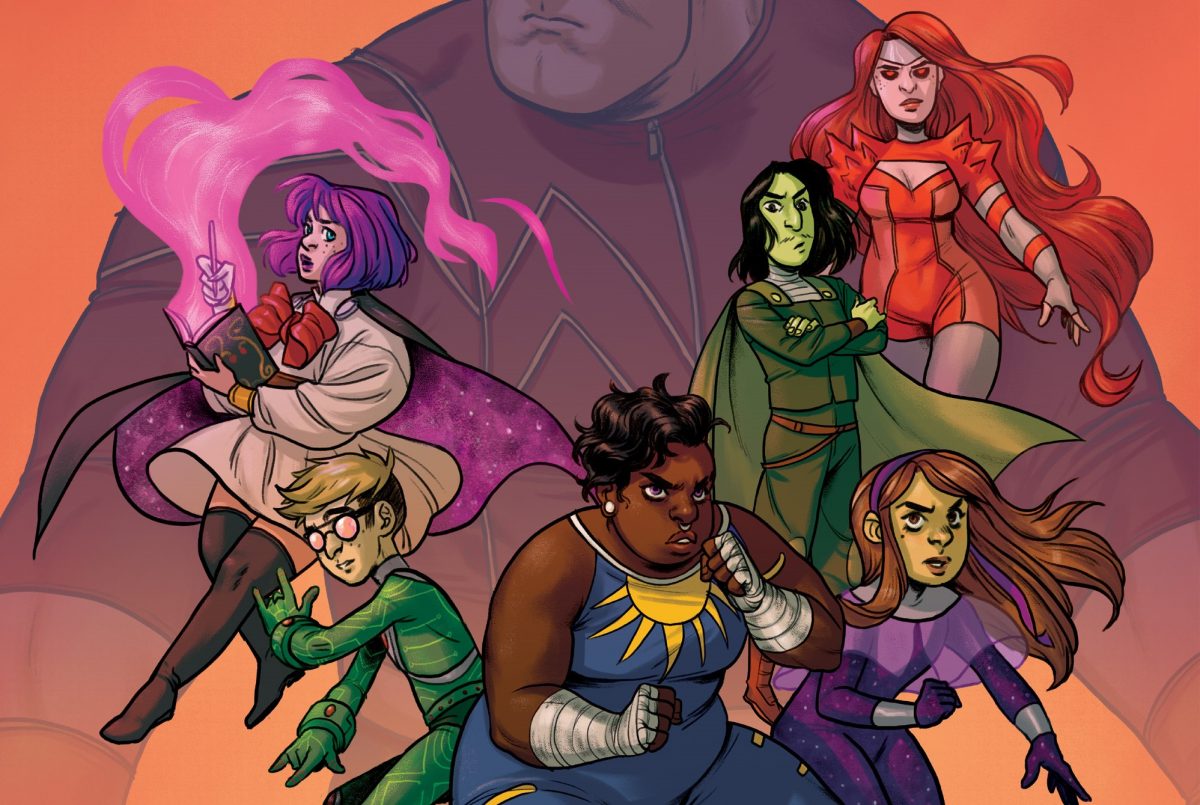 I don’t think it’s random I discovered comics when I started lifting. Had I met comics before that, it probably would have passed me by. I started loving that medium for what it was and not for what it might bring me, or make me into.

My past, and present, with food issues and dysmorphia has made one thing very clear to me: it is paramount that young boys and girls be presented with a variety of body types. Whether it’s characters in a book (yes, even books for very young kids), models on TV, or print ads, anything that kids and young teens can look up to or be influenced by absolutely has to reflect, well, real people. Although it was a specific setting—not everyone does castings and has their face and body scrutinized for a living—my own issues were triggered by people telling me I was too this or not enough that, the same people who perpetuate the idea of the ideal woman: white, thin, and tall.

As creators, we are a part of the landscape that can inspire young people, and I really believe it’s our responsibility to empower them. And if all the pain I went through is helping me see that today, then maybe it was all worth it.

Elsa Charretier is a French illustrator and comic book artist. After debuting on COWL at Image Comics, Elsa co-created THE INFINITE LOOP with writer Pierrick Colinet at IDW. She has since worked at DC Comics (STARFIRE, BOMBSHELLS, HARLEY QUINN), Marvel Comics (THE UNSTOPPABLE WASP) and Random House (WINDHAVEN, written by George R.R. Martin). She has also written THE INFINITE LOOP vol.2 as well as SUPERFREAKS and is a regular artist on the STAR WARS ADVENTURES books. Twitter: @e_charretier. https://www.bigheadlittlearms.com/