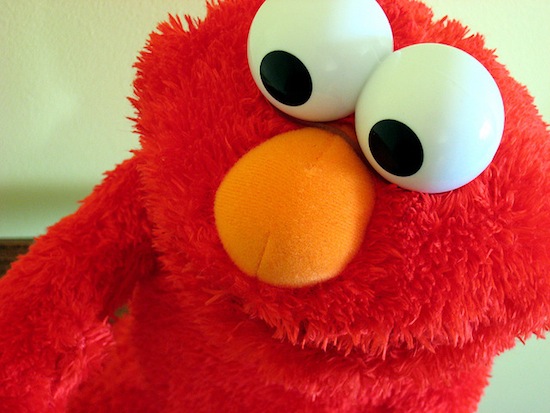 Earlier this week, we reported with great sorrow and no small degree of queasiness that Elmo puppeteer Kevin Clash had been accused of having a sexual relationship with a teenager. Good news, everyone! The New York Times this morning is reporting that the anonymous accuser has recanted the allegations. In a statement made by his lawyers, Clash’s accuser is now calling the relationship an “adult consensual” one. On second thought, we’re upgrading that to great news, because when this story broke on Monday morning, we felt just gross. All. Day. Long.

Though Clash is understandably ducking the spotlight right now, a spokeswoman gave a statement on his behalf, saying, “I am relieved that this painful allegation has been put to rest. I will not discuss it further.”

Amen, sister. Can we all take a cue from this and not discuss it any further? Please? No one wants to hear the phrase “Elmo sex scandal” ever again. In fact, we’d love nothing more than to forget it ever existed in the first place.

There is no word about when or if Clash will end his leave of absence from Sesame Street, whichbegan at the start of this mess. Substitute puppeteers will fill in for Clash as production on the show continues. Meanwhile, producers are working with Clash to find an eventual replacement, as while this may not be the end of Clash’s tenure as the crimson-furred children’s TV icon, that day will have to come sooner or later. For while puppeteers may come and go, Elmo must go on.