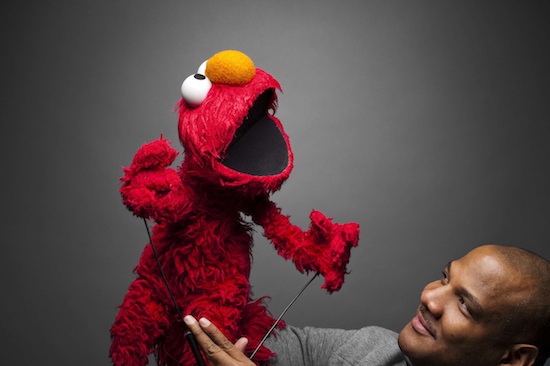 This morning in “Things That Are Terrible” news, The New York Post is reporting that Kevin Clash — the puppeteer who brought beloved muppet Elmo to life for decades — has taken a leave of absence from his work on Sesame Street in the wake of allegations that he had a sexual relationship with a then 16-year-old boy. If you can think of anything more inappropriate or childhood marring this morning than the phrase “Sesame Street child sex scandal,” we very seriously don’t want to hear about it.

…Clash’s employers conceded he used “poor judgment” in having a “personal relationship” with the accuser — although accusations of underaged sex were “unsubstantiated.”

“We met with the accuser twice and had repeated communications with him. We met with Kevin, who denied the accusation,” according to statement by Sesame Workshop.

“We also conducted a thorough investigation and found the allegation of underage conduct to be unsubstantiated. Although this was a personal relationship unrelated to the workplace, our investigation did reveal that Kevin exercised poor judgment and violated company policy regarding internet usage and he was disciplined.”

So the good news is that there’s no hard proof the guy who was the voice and heart of a childhood icon beloved around the world was having a sexual relationship with a teenager while he was in his forties. The bad news is there might just be no hard proof yet, as it’s pretty clear something at the least unseemly and inappropriate was going on between the two. Clash has apparently admitted to having a relationship with the man after he turned 18, though what kind of relationship that is remains unclear.

In related news, if anyone needs us for the rest of the day, we’ll be drinking hot chocolate in a little fort of pillows and blankets on our bed, trying desperately to recall a simpler time before we heard anything like this story, which is clearly just the worst sort of news.