Eliza Dushku Joins The Cast Of The Saint Reboot, Hopefully To Kick Ass 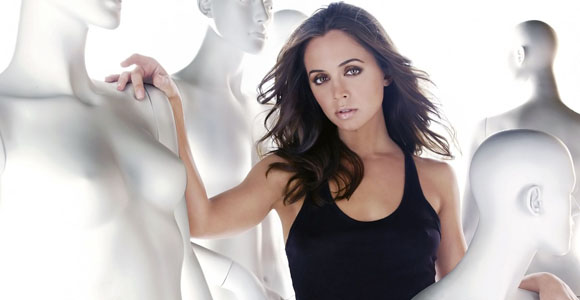 Eliza Dushku has made a name for herself kicking all kinds of butt on television. I wouldn’t mind being type-cast that way and it seems she doesn’t either. Dushku has just been cast in the upcoming reboot of The Saint. And guess what? Famous Simon Templar, Sir Roger Moore,  has signed on to produce!

Over the weekend we mentioned actor Adam Rayner was chosen as the new Simon Templar in The Saint reboot. Deadline writes:

Simon West is directing the pilot from a script by Jesse Alexander. Alexander is set as showrunner of the project, a new take on Leslie Charteris’ The Saint 70-book franchise. It will follow the exploits of Simon Templar (Rayner), a brilliant criminal who uses his considerable illicit skills as a modern-day Robin Hood as he infuriates local law enforcement and woos Patricia Holm (Dushku), his on-again, off-again romance.

Are they relegating Dushku to purely the romantic interest? Something tells me that won’t be the case. From Buffy the Vampire Slayer to Dollhouse, you’d think they knew the potential they were casting here. My guess is she’ll play a more active role.

Meanwhile, Moore, the 1960s Saint star is going to have a hand in the production which is a nice idea. He’ll co-produce along with his son Geoffrey Moore, Lulu Moore, and Louisa Macdonald.

I admit, I’m a sucker for the 90s reboot starring Val Kilmer but other than that, don’t have much experience with the franchise. Now that Dushku is on board though, I can’t wait to watch.