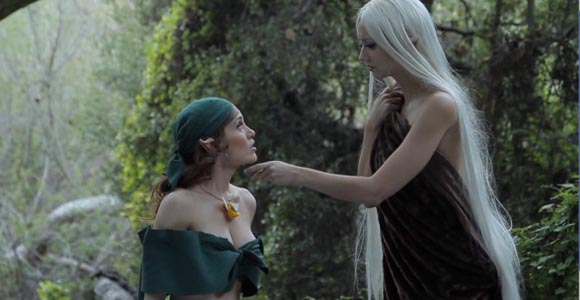 Fans of the ElfQuest comic have been waiting for a film adaptation oh, just about forever. Warner Bros. was close to making it happen but the job has now passed to two indie producers who have a history with the series.

Variety reported the news but we also received a separate press release as well as a statement from those involved.

Variety writes, “ElfQuest may be headed for the big screen with producers Stephanie Thorpe and Paula Rhodes acquiring movie rights to the 35-year old comic book series by Wendy and Richard Pini.”

You may remember Thorpe and Rhodes’ work on the “ElfQuest: A Fan Imagining” short (embedded below). Marvel and DC have both published ElfQuest stories in the past and BoingBoing has been giving us new stories recently which can also be found on ElfQuest.com.

“Fans of ElfQuest helped make our trailer possible, so it was wonderful to get to announce this next step,” Thorpe told us. “It’s been a magical journey for both of us these past 2 years–it was about this time almost exactly 2 years ago that Paula and I learned–via twitter–that we both loved ElfQuest, and soon after we decided to make the trailer together.”

Wendy Pini said via the press release, “Paula Rhodes and Stephanie Thorpe more than proved themselves to us with their award-winning ‘ElfQuest – a Fan Imagining.’ With their deep love and understanding of the property, they represent a new direction for ElfQuest… new creative energy and new connections in the larger media.”

Are you happy the project is still moving forward?