Editors’ Picks 10/5: An Online Service and a Keyboard That Doesn’t Exist 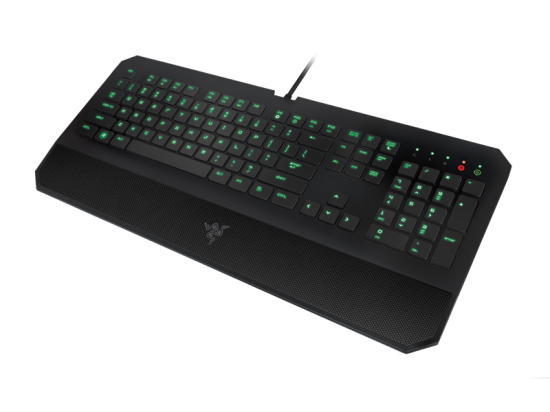 This week in Editors’ Picks: James wishes someone would make the perfect keyboard, Rollin is thankful that Nintendo is bad at something, and Ian is traveling the country.

I built a new gaming PC a few months ago. Aside from having to deal with Windows being Windows on occasion, it’s pretty great. Big monitor, 20 button gaming mouse, powerful gaming RAM made to be overclocked, a new-at-the-time graphics card, a speedy SSD, and a mid-sized case so it fits in my small New York City room. Unfortunately, I’ve been using a keyboard that I took off the floor of my friend’s office. Aside from this specific keyboard’s layout and spacing driving me to a very dark emotional place, it doesn’t quite match the rest of my rig. Now, I don’t even mean aesthetically, I mean in terms of functionality. Not counting the maddening layout, it’s just a regular keyboard.

The size of my hands and fingers, coupled with the speed at which I type, generally feels more at home on a chiclet keyboard. You know the kind, Apple popularized them. The quick key presses and better spacing works better for me. So, I figured if I’m looking for a new keyboard, I should also grab a gaming one since the whole point of my new rig is gaming. However, chiclet gaming keyboards barely exist. The closest ones that come to mind are the Razer Deathstalker line, one of which is way too much money for a gimmicky screen on the keyboard, while the other is the same model minus the screen, with no extra gaming buttons whatsoever, and is thus too expensive for what it offers.

Other illuminated chiclet keyboards — the few that exist — don’t have any sort of extra gaming functionality, whereas non-chiclet gaming keyboards have more extra gaming functionality than you can probably imagine. Tons of extra buttons, little scroll wheels on the keyboards, LCD screens, different illumination settings, customizable layouts, and so on. So, my recommendation this week is for the gaming keyboard industry to stop screwin’ around, and throw chiclet keys onto one of their already decked-out keyboards. It’s 2012, c’mon already.

I have little to no shame. This was most evident when I recently stopped by the local GameStop to download the latest Pokémon being offered exclusively via Mystery Gift in the store. This has occurred multiple times, in multiple stores, during both my childhood and adult life. Even worse, I have multiple copies, so there’s the awkwardness of having to switch out games multiple times to get the same Pokémon because that’s the only chance I’ll have at getting it.

At least Nintendo still hasn’t managed to fully understand online services. Otherwise, we’d get various Pokémon offered to us in microtransaction form. Sure, you can go up against the Elite Four, but why not download an EV-trained Deoxys for $0.99? The sad thing is that I know I’d be first in line if they started offering those kind of sales. Even after obsessively attending every giveaway that comes across my radar, I still don’t have a Deoxys.

Basically, Pokémon is both the reason why Nintendo totally should offer a better online service and also why I hope — for the sake of my wallet — that they never actually do. The repercussions of suddenly offering DLC on the level that Microsoft and Sony do are astounding and scary. I’m sure, like many others, I’d come to love Big Brother.

I can now confirm that both stuff and things are found to be exceedingly sufficient to my enjoyment needs. Stuff satisfies a primal need for material objects, while things soothe the emotional beast just underneath the gooey layer that is my skin. Others may find that doodads, whatsits, and thingamajigs suit their needs, but there’s nothing quite like stuff and things for me. On the other hand, doohickeys are right out.