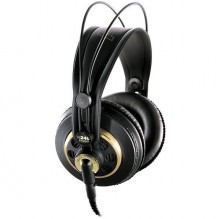 This week in Editors’ Picks: James turns salads into real food, Rollin snobs it up with audio, and Ian feels better about his life by looking at the sorry state of others’.

I’m usually on some kind of diet. However, it’s usually some diet that is both conducive to lifting weights on a regular basis, but also not having my stomach hang over my belt when I sit down. As most lifters know, a regular salad with some vegetables and maybe half a breast of chicken in it won’t really cut it if that’s what you’re eating before your two-to-three hour session at the gym. A salad, though, turned into what I like to call food, rather than a bowl of leaves, is actually a pretty good delivery mechanism for tasty energy, doesn’t cost too much, and is still healthier than that combo meal of fried chicken tenders, french fries, and mozzarella sticks that you’ll never admit you eat.

Don’t change the amount of lettuce, but instead of putting seaweed into your lettuce as a topping along with nothing else — which I somehow witness around twice a week — put some kind of bean, put some chickpeas, put some nuts, put a worthwhile amount of chicken, and don’t be too afraid of croutons, as you’re about to go to the gym and some carbs will help. Also, croutons are the food of the gods. Now, instead of something that isn’t really too fun to eat and also isn’t very filling, you have genuine food, and it won’t be nearly as bad for you as all those french fries.

I love these headphones. I don’t toss that word around lightly; stating that I love these isn’t an exaggeration, it’s just a fact. They came into my life via a suggestion from Kirk Hamilton, and I honestly haven’t used a single different pair of headphones since the fated day they came in the mail.

That is, until yesterday when my hard-worn pair finally bit the dust.

It was something that I suspected might happen sooner or later, as my lifestyle tends to be hard on gadgetry, but the horror experienced at the discovery wasn’t lessened any by its inevitability. When you’ve had your auditory horizons broadened, it’s rather difficult to go back to the standard Logitech monstrosities.

The first set of tracks I listened to using my brand spankin’ new AKG headphones was the stream of the Beastie Boys’ Hot Sauce Committee Part Two. There was something desperately profound about upgrading to a set of headphones with the AKG’s sensitivity. I’m not much of a specifications nerd, so the official list of differences wasn’t something I ever paid any attention, but the sound pouring out was different than anything I’d ever heard before.

Now I want it back.

Actually, let me restate that. I HATE moving. Just like everyone else does, yes. And everyone hates moving because it is the WORST. Please do not try to argue this point. I can show you the chart proving this is a fact, so let’s not waste the time of everyone concerned.

I’m particularly hating moving this week, as I’ve been in my new apartment for about a month, and my place is still all screwed up and everything is terrible. Okay, not everything — my roommates are excellent, and the place is great, with cheap beer and falafel right downstairs.

Everything else, though, is terrible, like how my router and modem are currently balanced on top of an air conditioner in the living room, because we didn’t have a table when the cable guy showed up. (Full disclosure: We still do not have a table.) We don’t own a couch or a TV yet. Boxes are stacked in corners like we’re just waiting to be evicted already. And in the course of having a job and a life, I’m lucky if I can find 15 minutes in the course of a day to try and feel more at home in my new home.

But as always, looking at people less well-off makes me feel much better. On this front, there are no people less well off than the good folks at http://www.reddit.com/r/shittybattlestations/.

Shitty Battlestations are the least classy computer setups that you can imagine. Computers on the floor. Computers on desks that are too small to a ludicrous degree. Computers literally wallowing in pits of their owners filth. Monitors jammed into makeshift styrofoam stands and balanced precariously on desk chairs.

All of them in worse situations than me. True, some are not worse by much but they are all worse, and that’s the important thing here. When I get frustrated by the state of things at home sweet home, all I have to do is look at someone else’s shitty battlestation and feel a little better about myself. Because I’m damn far from the best kind of people, but thanks to reddit, I can prove I am not the worst.