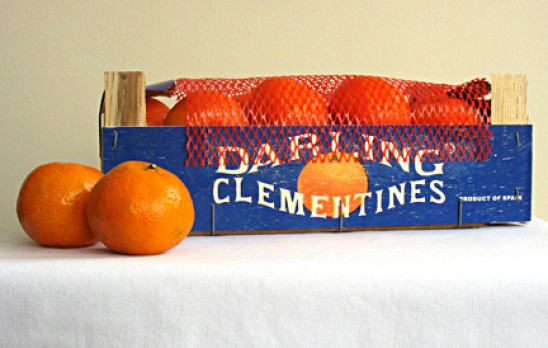 This week in Editors’ Picks: James likes something that’s secretly geeky, Rollin is a glutton for a specific kind of fruit, and Ian reads about laundry that isn’t about laundry.

If you’ve been following my recommendations, at least half the time, they’re not something that one would consider a “Geekosystem hobby.” Though I’m one of those people that have video game tattoos, and spends his disposable income on fancy computer parts, new consoles, and booster packs in free-to-play games, I make it a point to have other hobbies outside of the umbrella of geek culture. Sometimes, it’s nice to take a break from Steam or forum arguments about min-maxing character builds. For instance, I love a sport. One sport, and one sport alone, but man, I love it more than most things.

A few years ago, I played Fantasy NBA for the first time — having been a diehard NBA fan my entire life — and let me tell you, if you can like a sport enough to play Fantasy, you’ll find a new hobby that is quite possibly geekier than whatever first-person shooter you just pre-ordered, or whatever obscure indie game you just bought through Steam, but will help you become able to connect with people that you normally wouldn’t consider yourself having something in common with. On top of that, a Fantasy sport will hit every single MMO-style, video and tabletop gaming urge your body and soul has.

I’m suggesting Fantasy NBA not because I live and breathe the NBA, but because the 2012-2013 season starts in less than one week, and now is the perfect time for a draft. Along with that, Fantasy NBA has some of the easier stats of which to keep track, so a sports newcomer can more easily follow the NBA, as opposed to, say, baseball. Rebounds, points, steals, blocks, three pointers — the stats are all really obvious and instantly noticeable when watching a game. It also helps that NBA players are the most famous athletes in the world, even though basketball isn’t the most popular sport in the world. Because of this, you’ll most likely end up loving or hating some of the sport’s personalities, and then your enjoyment of Fantasy — and your affinity for the sport — becomes even greater. Best of all, possibly Fantasy’s greatest trick is that it can actually get you into the sport if you just bite the bullet and agree to play in a league without actually liking the sport first. You’ll want to have a good team, and you might start to actually like the sport because you now have something invested in it. So, head on over to ESPN, or Yahoo, or NBA.com, and check out some Fantasy leagues, and hey, maybe you’ll end up enjoying something you previously might not have.

Citrus fruits are one of the few things I can say, without reservation, that I truly love. Be it oranges, limes, lemons, or grapefruits, it’s hard for me to turn one down. Even thinking about being handed a particularly strong citrus fruit makes my mouth pucker with anticipation.

There’s one particular fruit that I cherish and hold dear over the others. If the variety of citrus fruit on the Earth were to be referred to as my progeny, clementines would be my favorite child by far. Clementines would be the one that got to stay up late and eat ice cream before dinner. I’d even let it borrow the car. There’s something about the fact that they’re essentially a form of mandarin orange with a hint of tangerine that makes them irresistible to me. They’re seedless, imminently juicy, and easy to peel. They’re just that good.

I first grew to love the mighty clementine during a visit to Wisconsin, and I’d yet to eat them since moving. Imagine my surprise when I spotted them at my local grocery a week ago. It was like fate had designed for my path to cross their mesh-enclosed deliciousness.

It was love at first bite, and I’d be doing the world a disservice if I didn’t recommend them now.

So, I was raving about the excellence of The Dresden Files not too long ago in this spot, because the fact is I love me a high quality mystery novel. Related to but distinct from that love is the special place I hold in my heart for a well-crafted spy thriller. I’m a sucker for Ian Fleming’s Bond novels, and of course for the movies that made them famous, but I also devour author’s like Ross Thomas, Graham Greene, and John LeCarre, with equal abandon. That’s why I’m so in love with Charles Stross’ The Laundry Files right now.

The series follows Bob Howard, an unlikely civil servant and IT geek turned stumbling supernatural superspy. Howard is in the lifetime employ of the Laundry, an eyes-only division of the British intelligence services devoted to keeping the secret world of the supernatural under wraps from the general public. Mostly, they do this by ensuring that said public is not gruesomely devoured by the supernatural.

The Laundry Files does a great job of not quite turning the thriller genre on its head, seeing no compelling reason to reinvent a very good wheel. Instead, Stross takes the typical spy tropes and builds a great hard sci-fi storyline around it, complete with an intriguing and excellent take on the nature of magic in the book’s universe. And as an engineer and IT guy, Stross leaves plenty of Easter eggs for hardcore techies to enjoy, painting totally believable scenarios wherein being able to track an IP address can be the key to saving all life on Earth. The novels — and the short stories that accompany each — are great reads for anyone who’s ever wanted a novel that played out as the bastard child of H.P. Lovecraft and Ian Fleming with Neal Stephenson acting as godfather. And really, who hasn’t?

For a man of simple tastes who generally only asks for a couple quality serials to keep my eyeballs occupied, I’m in hog heaven right now between The Dresden Files and The Laundry Files.