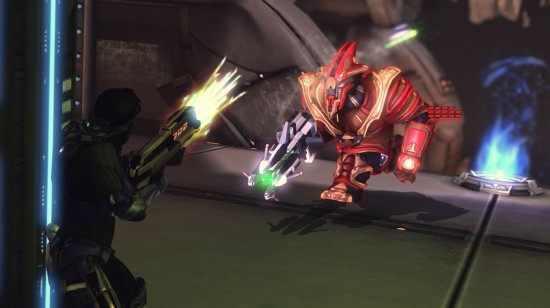 This week in Editors’ Picks: James stays in shape even though he eats quite a bit of  fancy puddin’, Rollin strategically saves the world from an alien invasion, and Ian finally likes a book series that he’s supposed to have liked for the past ten years.

Regardless of the shape you’re in, a diet could always help. If you aren’t in great shape, a diet could help you lose weight. If you’re in okay shape and want to get into great shape, a diet is as important as cardio and lifting weights. If you’re already in fantastic shape, a diet will keep you there, and keep your insides healthy. However, diets aren’t fun. Even if you have no problem being on a diet, it’s not fun when you’re out with friends and they’re ordering amazing meals and desserts, and you have to order that same grilled chicken dish everywhere you go.

So, I propose a “general” healthy diet — don’t eat too many carbs unless you’re hitting the gym in an hour or so, eat some fruit for dessert, and maybe have a protein shake to get some calories — but with two cheat days. Basically, eat healthy on the weekdays, and then eat whatever you want on the weekends. Would it be faster to eat healthy seven days a week? Of course, but you’ll eventually go insane when your friends are eating steaks and potatoes and pastries every weekend while you’re stuck with a non-Caesar salad.

Getting into physical shape requires a lot of physical commitment, but it requires a load of mental commitment and stability. If you allow yourself some cookies or chips, and maybe some pizza or fast food on the weekend, you’ll be a lot happier. If you’re keeping with the diet, and still going to the gym, you’ll still be getting into better shape even though you’re occasionally going to places like this on the weekend.

XCOM: Enemy Unknown employs perma-death. I’ve played about 10 hours so far, and I haven’t lost a single character. I’m also pretty sure I’m going to eventually lose. I know this now, despite trouncing every alien encounter that comes my way. In fact, I was destined to lose about two months (in-game time) into the campaign.

Yet, I love it. Deep down inside, this is the kind of game I’ve wanted for a long time. It’s not sinister in its punishment, it just deals out what you’ve got coming. It takes your mistakes and beats you over the head with them. Dashed into a corridor without someone on Overwatch, the game’s version of cover fire? That rookie probably deserves to die. This is the type of thing that the game isn’t quick to forgive.

Probably the best thing about the newest entry in the fabled XCOM franchise is that it manages to marry the grand strategy of Civilization or Total War with the minutiae of turn-based games like Fire Emblem or Valkyria Chronicles. In short, it’s very specifically tailored to everything I love.

If you’ve been waiting for a legitimate turn-based strategy game to come out, this is for you. If not, it still might be for you, but be prepared to lose miserably.

So, when I went to Missouri last week for the incredibly lovely wedding of two dear friends who are now well and thoroughly stuck with each other, I needed a book to keep me occupied during plane rides and layovers. You all recommended a whole bunch of really excellent looking books — Vurt is totally on my to-do list in short order — but I ended up landing on Storm Front, the first book in The Dresden Files series, mostly because people have been telling me I would love these books for, like, the past ten years at this point.

These people were, of course, correct. Best. Plane Book. Ever.

As a private investigator’s kid who grew up on hard-boiled fiction like Raymond Chandler and Dashiell Hammett, Harry Dresden is right up my alley. Doing noir — especially contemporary noir — well is no mean feat. The genre is so thoroughly mined and over-the-top by its nature that it’s hard to do noir style detective stories well — Warren Ellis’ Crooked Little Vein, for instance, veers into parody about 20 pages in and just keeps going. Dresden Files author Jim Butcher tempers the characters noir roots with just enough humor to keep the story from taking itself too seriously.

Fun, fast paced, and clever, Storm Front isn’t high art, but it is exactly the sort of hard-to-put-down joyride I look for in a book when I’m on a plane, at the beach, or in a sickbed. Considering the bug I seem to have brought back to the East Coast with me, it’s a safe bet I’ll be diving into the next installment this weekend, accompanied by many mugs of strong hot toddy.