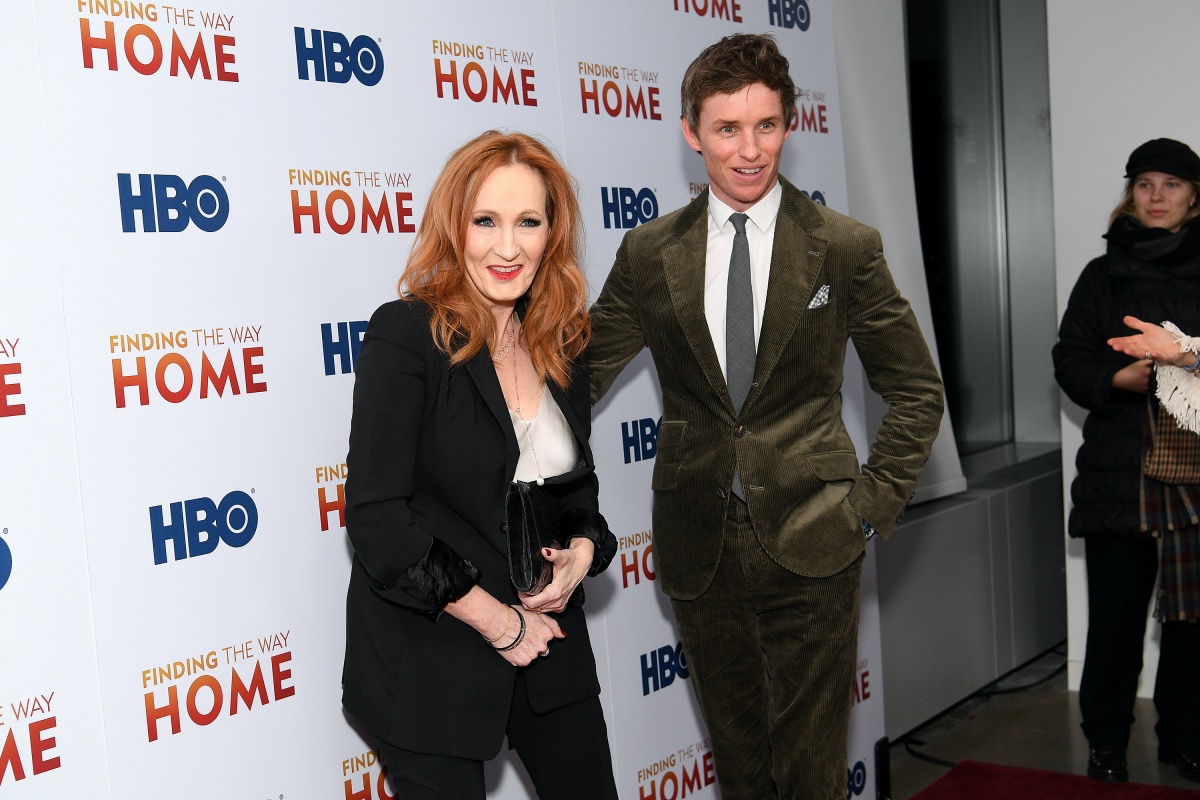 Redmayne, in an interview with The Daily Mail, said that he does not agree with the “absolutely disgusting” abuse towards her online. He says that he wrote her a “private note” due to seeing the “vitriol” against her. The actor also noted, “Similarly, there continues to be a hideous torrent of abuse towards trans people online and out in the world that is devastating.”

Honestly, Newt, you should have just left it at that statement. Or, even better, he could have just kept to what he said in June.

Back then, in a statement to Variety, Redmayne said,

As someone who has worked with both J.K. Rowling and members of the trans community, I wanted to make it absolutely clear where I stand. I disagree with Jo’s comments. Trans women are women, trans men are men and non-binary identities are valid. I would never want to speak on behalf of the community but I do know that my dear transgender friends and colleagues are tired of this constant questioning of their identities, which all too often results in violence and abuse. They simply want to live their lives peacefully, and it’s time to let them do so.

That was a perfect statement, from a cis male actor who got his second Oscar nomination for playing a dramatized version of the Danish painter Lili Elbe, a trans woman, in Tom Hooper’s The Danish Girl. The role received pushback from within the trans community, and the same year, Redmayne appeared in the Wachowskis’ Jupiter Ascending.

Redmayne is as close to privilege as you can get at every intersection, and this was a situation where he should have just found a very non-answer media statement—especially following the excellent statement by Judith Butler when this same topic was brought up, it is just very telling that before acknowledging the systematic harm to trans people, Rowling’s feelings must be propped up first.

It is not that I think Redmayne doesn’t care. However, he, like many people who have any kind of privilege, has a natural instinct to protect the “norm”—to protect their “friends” who they have ties too. Redmayne is currently working on a Rowling project, and since he is one the many actors to benefit from playing a trans person, but also has worked with two trans women directors, I understand him being asking this question.

All this tells me is that despite being someone who wants to be an ally, Redmayne still, in the end, doesn’t fully understand the issue or the impact of the statements Rowling has made. If he did, then he would understand that the backlash she has gotten has happened amongst having a bestselling novel, a video game from her IP coming out that will make her more money, and plenty of trans exclusionary defenders. She has fed into an atmosphere of hate, loudly, while ignoring and blocking anyone trying to civilly engage with her. Rowling has nurtured the backlash, not tried to ease it.

I just wish that even if Redmayne did have empathy for Rowling out of a personal relationship, he would have worded it in a way that didn’t make the pain put onto transpeople the secondary part of this discussion. He already got it right the first time. Why couldn’t he have stuck the landing?