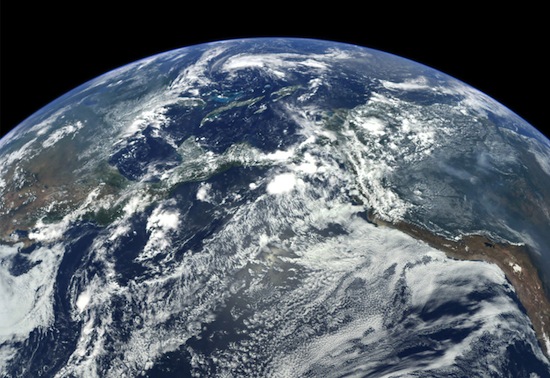 As researchers sift through reams of data looking for the telltale signs of planets orbiting other stars in our galaxy, special attention is paid to planets in the so-called ‘Goldilocks Zone’ that could conceivably support life. In the interest of improving and honing the search for Earth-like planets, a team of astronomers led by Penn State University has proposed some changes to the ‘Goldilocks Zone’ that they think paint a better picture of where life-sustaining planets would orbit in relation to their stars. There’s just one problem — that new definition kicks the Earth’s orbit nearly out of the new ‘Goldilocks Zone,’ meaning that we are all going to have to move to a planet that could support life, as this one clearly can’t. Get packing, everyone.

The ‘Goldilocks Zone’ is narrow belt around a star where an orbiting planet would be warm enough to support life, but cool enough that life wouldn’t just go around bursting into flames all the time, a factor that can significantly delay evolutionary development. The term was introduced nearly two decades ago, and hasn’t been substantively updated since then. That’s why Penn State researchers wanted to take a look at the zone with open eyes — and new data on how planetary atmospheres absorb heat from their stars.

Taking into account those new findings, the Penn State team suggests that the potentially habitable zone around planets should be pushed back, farther away from stars. That new definition could bring some farther away planets into the fold of life-sustaining planets, and goes down as great news for people who hope tauntauns are a real thing somewhere. But it also kicks some planets out of the hunt for life as too hot — including, oddly enough, our very own Earth, which we were pretty sure did a fairly good job of supporting life. Then again, what do we know?

According to the new definition, Earth is just a million kilometers from the “too hot” edge of the habitable zone, saved from being overheated only by its clouds. Clouds are just one factor that neither definition of the zone takes into account, as they can’t be seen from our vantage point, driving home the reminder that while the ‘Goldilocks Zone’ is a good place to start looking for other worlds that could support life, it’s still a big swing made with incomplete data, and by no means the end of the story.