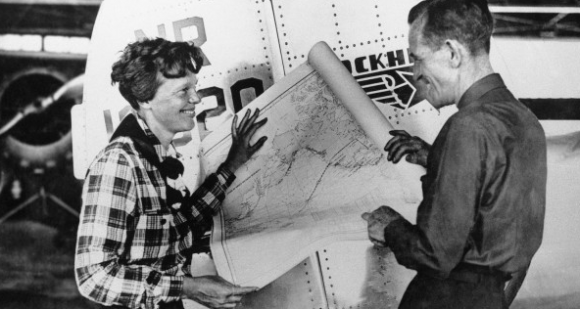 There are some unsolved mysteries the collective “we” just cannot seem to let go of. The disappearance legendary aviatrix Amelia Earhart and her navigator Fred Noonan is one of them. There’s just enough evidence to paint a truly compelling picture, but never enough to ever label their file “solved.” Now, 75 years after Earhart’s plane went radio silent for the last time, we’re still looking. And we’re still finding: A team of researchers revealed on Friday that, after reviewing underwater video footage, they believe they have found a scattering of man-made debris that very well could have once been a part of Earhart’s plane.

The expedition began July 12th, and was spearheaded by the International Group for Historic Aircraft Discovery (TIGHAR). The goal of the expedition was initially to find and recover large pieces of aircraft wreckage, but the team found that the waters around Nikumaroro–where Earhart is said to have crashed–were “more severe than expected.” This, along with technical malfunctions, led to delays in telling the world what they had found, which led to false early reports by the media saying that they had come up empty-handed.

TIGHAR’s official website now proclaims “Breaking News. Debris Field Found,” after the high-definition footage had been analyzed by Jeff Glickman, a forensics imaging specialist. A fender, a wom gear, a strut, and a fender are the specific parts said to be visible in the image.

Take a look at the image. We can’t see anything particularly man-made, but then again we’re far from experts: 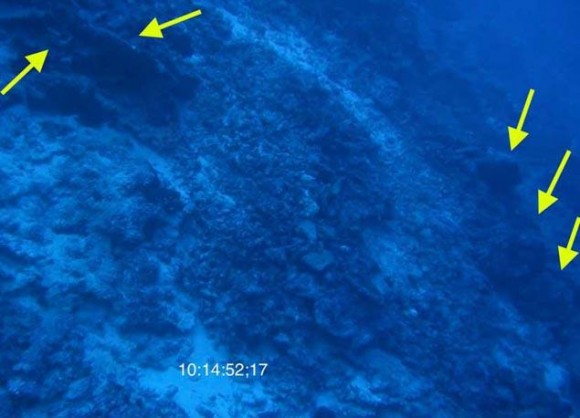 Given this “debris field” of “man-made objects,” the bigger question now concerns whether or not these new images depict pieces of the same Lockheed Electra aircraft portrayed in the famous photo taken off Nikumaroro’s western shore in October, 1937 — three months after Earhart and her navigator, Fred Noonan, disappeared. According to Glickman, several of the remnants — though considerably beaten up — do correspond to the 1937 photograph, shot by British Colonial Service officer Eric R. Bevington.

The 1937 photograph they’re referring to showed what many concluded looked like a piece of the landing gear–it’s what prompted the more recent of expeditions in the first place, with a little push from Hillary Clinton.

TIGHAR’s most recent announcement is far from the first evidence found that suggests Earhart and Noonan landed–or crashed–on the island. One accepted possibility for what happened to Earhart and Noonan is that, after a fuel malfunction, the pair either landed or crashed on the coral atoll we now call Nikumaroro Island. As we noted in a previous story on the duo, “Unable to get the plane back up in the air without runway, the vehicle would eventually have been washed off the reef and into the ocean by tides.”

Additionally–and compellingly–researchers in the past have found remnants of 1930s beauty products on the remote island, including a jar of Dr. C. H. Berry’s anti-freckle cream. Earhart was well-known to have hated her freckles. One particular fragment of that sort of jar was found next to the bones of a turtle, suggesting that it had been used as a tool.

We may never have concrete answers on what happened to Earhart and Noonan on their doomed trip around the world. The truth resists simplicity, especially when three-quarters of a century have come and gone since the events took place. So let’s look to Hillary Clinton‘s words of wisdom on this matter (emphasis ours):

“Amelia Earhart may have been an unlikely heroine for a nation down on its luck,” said Clinton, “but she embodied the spirit of an America coming of age and increasingly confident, ready to lead in a quite uncertain and dangerous world. I’m thrilled to invite to this room today scientists and engineers, our aviators and our salvagers and everyone who still knows how important it is to dream and to seek. Because even if you do not find what you seek, there is great honor and possibility in the search itself.“