EA Admits They Screwed the Pooch on SimCity, Would Like to Buy Your Forgiveness 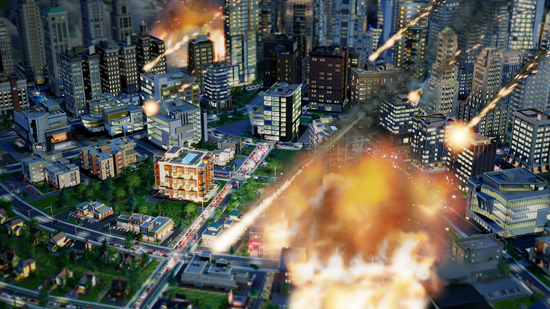 To state that the launch of the latest SimCity video game has gone poorly for Electronic Arts would be putting it kindly. Despite what they assure us were their best efforts, the PC game has been plagued with server issues from the moment it went live. They’ve been scrambling to correct this matter, and things seem to be smoothing out, but the majority of this past week was a hellish one for virtual cities everywhere. Well, EA knows they “done goofed,” and they’re going to offer a free game to everyone that’s had to deal with their shenanigans.

A post from Lucy Bradshaw, general manager for Maxis, over on EA’s blog goes into detail about what all went wrong, which is of course a bunch of spin on, “oops, we didn’t anticipate this.” Specifically, here’s a nice little blurb from her:

So what went wrong? The short answer is: a lot more people logged on than we expected. More people played and played in ways we never saw in the beta.

OK, we agree, that was dumb, but we are committed to fixing it.

So, it’s agreed: Dumb move. It gets better, though, because EA’s totally willing to give you a free game to make up for it — a tactic you might recall from the PlayStation Network outage debacle. What game? Well, that’s yet to be decided, but it’ll be “a free PC download game from the EA portfolio.” If I were a betting man, I’d wager it’ll be Battlefield 3, what with the sequel rumors floating around.

On the other hand, this download hits on March 18th. So if you really want to be sneaky, you can buy SimCity now, after most of the trouble has passed, and get a free game on top of it. Sorry to everyone that had to deal with the game at launch, but the rest of us got a sweet deal.