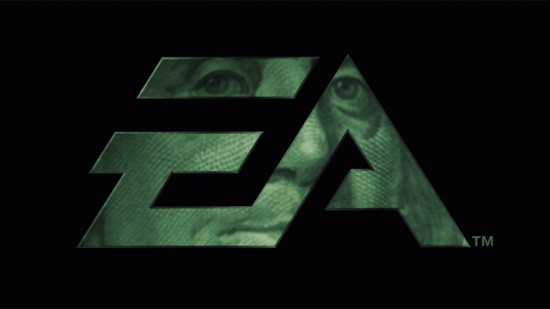 When most people think “EA,” they think “challenge everything” or “it’s in the game;” but EA might be playing a very different kind of game. There have been a number of rumors floating around about an alleged buyout of Electronic Arts, Inc. The story first appeared this morning in the New York Post, which reported, based on unnamed inside sources, that EA is in the early stages of negotiation with private equity firms KKR and Providence Equity Partners regarding a potential buyout. Could this really be happening? Could EA really be sold to an equity firm? Although nothing is certain as of yet, these rumors are certainly making a splash.

It hasn’t been the best year for Electronic Arts. Their market cap has fallen a full 37%, forcing the company to buy back some of its stock. EA might have a chance to turn its luck around, however, with a sale to one of two private equity firms that have apparently approached EA for negotiations. KKR and Co. and Providence Equity Partners have been named by the New York Post as the firms in question. An unnamed source also mentioned that EA would be willing to make a deal for $20 a share. Since the news came out, EA’s stock has risen nearly 10% in a matter of hours with folks clambering to get a piece of the action. It really is amazing what people will do based on what a few unnamed sources had to say.

What does all this mean for gamers?

One interesting aspect of the article in the New York Post was the author’s speculation as to why EA might be making this move:

Like its rivals, 30-year-old EA has been challenged by the changes roiling the traditional gaming business. Sales of hardware consoles and software have slumped along with the rise in popularity of mobile and casual games that users can play for free online. Consumers are also buying fewer $60 games.

US sales of new videogames, consoles and accessories fell 20 percent in July, capping a string of declines that have plagued the industry since November.

In total, sales fell to $548.4 million last month, down from $686.3 million a year earlier, according to market researcher NPD Group.

The idea that EA is hurting so badly that it needs to go private might be indicative of the beginning of a monumental shift in the games industry. While more people are playing video games, fewer of them are turning to consoles or games that are considered “traditional.” While they might be going belly-up, Zynga is a perfect example of this. Free or cheap “casual” games are rising in popularity and the big game companies like EA and ZeniMax are starting to feel the hurt.

As with all rumors, we won’t be able to know what this means for sure until something actually happens. So, keep your ears open and your eyes peeled for more news; we’ll certainly being doing just that here at Geekosystem.