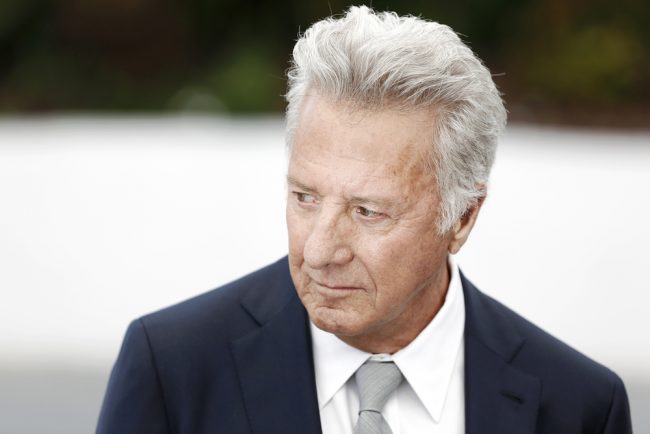 Anna Graham Hunter broke the silence last month with her account of Dustin Hoffman sexually harassing her on the set of the Death of a Salesman film adaptation when she was 17. Not long afterwards, Kathryn Rossetter followed with a harrowing account of Hoffman groping and assaulting her backstage during the 1984 revival the Miller play. Now, more and more women are coming forward with stories that suggest Hoffman has been a serial predator over his seven-decade career.

Hoffman responded to these early allegations by saying, “I have the utmost respect for women and feel terrible that anything I might have done could have put her in an uncomfortable situation. I am sorry. It is not reflective of who I am.” The fact that these stories have only increased puts the validity of that claim into question.

The Hollywood Reporter and Variety shared the accounts of several women who claim Hoffman harassed them, all of which “have been corroborated by friends and family member in whom the women confided their experience over the years.” These incidents occurred in 1973, 1975, 1980, and 1985, and many of them were younger than 18 at the time.

One allegation comes from playwright Cori Thomas, the daughter of the Liberian ambassador to the United Nations. In 1980 she was a 16-year-student at the U.N. International School when she became friends with Hoffman’s daughters. Thomas states that though she was supposed to be picked up by her mother after dinner one night, Hoffman has instructed her to “follow the actor back to the hotel he was occupying during [his] divorce”. There Hoffman showered as they waited for her parents. “He came out naked,” Thomas says. “He got into the bed. And he asked me to please massage his feet.”

Another woman, Melissa Kester, talks about meeting Hoffman at a recording studio in 1985 when she was 20. Her boyfriend at the time was working for Ishtar. Kester says that Hoffman invited her into the recording booth, where the two were “only visible from the shoulders up” to the rest of the crew. There, she says Hoffman proceeded to assault her in way that sounds very similar to Rossetter’s account:

When recording began on the next take, Hoffman grabbed Kester firmly and pulled her into him, she claims. From the mixing table, it seemed like innocent palling around. But inside the booth, Kester says Hoffman was pushing his hand down into her pants. “And then,” she says, “he stuck his fingers into my vagina.” All the while, Hoffman never stopped singing.

“My boyfriend was right there,” she says. “I didn’t know what to do.” Hoffman proceeded to violate her for approximately 30 seconds, Kester estimates, before she finally pulled herself away and tried “not to make it look like a big deal.”

“I felt like it was my fault. I felt so cheap. It changed everything. I realized, ‘Of course he wasn’t interested in your writing,'” she says.

An anonymous woman who was 22 at same time and had a non-speaking role is Ishtar also said that Hoffman assaulted her when the two were in the back of a station wagon on a ride home from a wrap party. She recalls, “he just took his hand and stuck his fingers right up inside of me. I didn’t know what to do. He’s smiling at me. I was frozen. I was outside of my body.”

Carolyn, a healthcare worker, met Hoffman in 1975 when she was 21. When she was working as a tour guide, Hoffman boarded one of her tour busses and invited her out for the evening. After being ushered to his hotel room, Carolyn announced she wanted to leave. Then, she recounts Hoffman replying, “Go home? You don’t think you’re getting out of here without having sex, do you?”

She says Hoffman blocked the doorway and presented her with two options of sex acts. She chose oral sex — “I can’t remember the other option.” When it was over, she claims, Hoffman handed her a $20 bill for a cab home.

It’s notable that in these accounts, the women often describe how Hoffman used his position to take advantage of women who looked up to him. In their accounts, Hoffman begins interested in their thoughts on Arthur Miller or eager to help them with their careers before turning into a predator. They describe keeping silent out of shame, terror, and embarrassment.

Hoffman has stood by this however, with his attorney telling Variety the accusations were “defamatory falsehoods.”