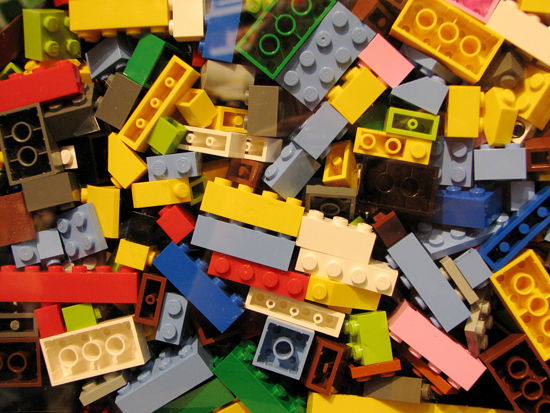 How many hours does it take to get the center of a 65,000 piece LEGO pile? This is the kind of question we like to imagine went through the heads of Daniel Larsson and Tomas Redigh as they dumped 100 containers of 650 pieces of LEGO out on the floor and proceeded to sort them by color. The two are collectively known as the group Rymdreglage and were looking to use the pieces in an upcoming video. All total it took them 71 hours to sort.
But just saying the number doesn’t really do the feat justice. Luckily for everyone else, they filmed the entire thing and have released a time-lapse video of it. One thing to note is that the video makes it clear that they weren’t working on the pile at all times. It’s pretty obvious that they slept and performed other bodily functions as needed. At the same time, there always appears to be at least one person in the room actively working on the pile save for one or two brief instances. See for yourself:

This is all ultimately for the creation of a sequel to their video titled “8-bit trip” from 2009. If anyone’s still curious as to how they could possibly need all 65,000 blocks, the original video should answer that sufficiently:

Needless to say, they’re going to need every last LEGO they can get their hands on if they want to top what they’ve accomplished previously. More LEGOs equals more better.