This Summer’s Drought Could Be the New Normal. I Hope You Didn’t Like Trees! 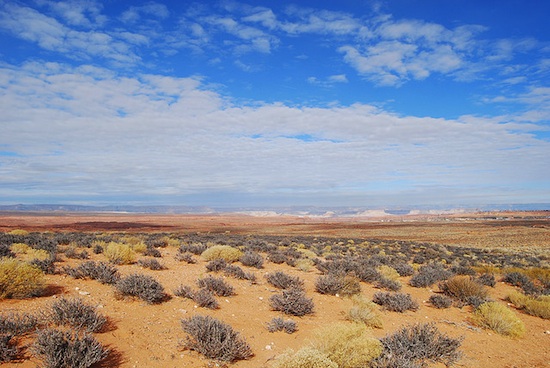 Remember how we had all those droughts all over the country last summer, and all over the world the summers before that? Well, it turns out rather than “economically crippling worldwide drought,” you may just want to start referring to that situation by its new name: “Summer.” According to a study in the journal Nature Climate Change, the droughts of the last several years could just be the new normal if climate change predictions pan out. If that’s the case, say researchers, forests could become a thing of the past. So, y’know, if those are your thing, I guess take a picture now?

The study analyzed 1,000 years of tree rings, which can tell researchers a lot more than just how old a tree is. When looked at by someone who knows what they’re doing, tree rings can also provide information about how much moisture a tree held in a given season, how much stress it was under at different times in its life, and even how much precipitation occurred, making them excellent ways to learn more about our climate in the past. That in turn lets us be more terrified about the climate in the future, especially when you take into account things like this little gem: According to the study, this year’s drought was the worst the southwest U.S. has seen in about 600 years.

Of course, it’s not just trees that feel the effects of drought. Changing precipitation factors can make dry areas drier, stoking wildfires like the ones that ravaged Colorado mere months ago, and drive up grain prices, which can shift food prices in general.

With droughts predicted to only get worse in the coming decades as weather patterns continue to change, the situation doesn’t look to get any rosier any time soon, meaning that in some parts of the world, forests will just be a thing you tell your grandkids about, like land lines and Social Security benefits. You will tell those stories in hushed and dreamlike tones, wondering if you even believe these strange, beautiful works of wonder could really have existed, just before the pack of mostly feral children set upon you, devouring you messily.

This is all a little bit grim for our tastes, though. Can’t we concentrate on the upside of all this? An entire North American continent possessed of the bleak beauty of the American Southwest, for example. It will be just like living inside a Cormac McCarthy novel, only with exactly as many roving gangs of murderers hunting you to steal your canned food.