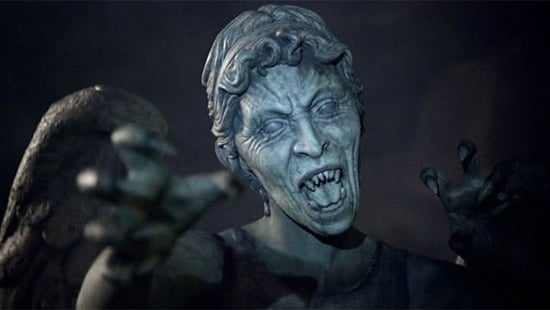 Winning in one of the categories at the Hugo Awards is basically the science fiction equivalent of winning an Oscar. Yet, in a scenario that wouldn’t have been out of place in one of the stories awarded, the Ustream broadcast from Worldcon this past Sunday, September 2nd, was cut off in the middle of Neil Gaiman‘s acceptance due to copyright infringement. The feed had been automatically dropped by digital rights management software and couldn’t be brought back up.

You see, Ustream uses something called Vobile, a third-party service, to monitor their various feeds for copyright infringement and nip things in the bud before they get out of hand. Like many other services, Vobile allows copyright holders to upload content that can then be checked against any potentially infringing content on sites with which Vobile is connected. So, not long after airing legitimate clips of broadcast television, seeing as Gaiman won for his Doctor Who script, the stream was replaced with the words, “Worldcon banned due to copyright infringement.”

Worse yet is the fact that, according to a statement made by Ustream CEO Brad Hunstable, they weren’t able to lift the ban in time to bring the stream back. Whether this is because of something to do with Vobile is unclear. It could simply be that the awards were already over by the time they managed to fix things. Being unable to restore your own service because of a third-party service’s actions, especially if they’re inaccurate, is a bit of a scary thought.

Hunstable’s statement is otherwise your typical PR apology, though they have suspended use of Vobile until such a time that they can “recalibrate” the service to better suit Ustream’s needs. So, they haven’t sworn off automated copyright robots. They’ve merely decided to fiddle with the settings.