Kids: they're not just for chores anymore! 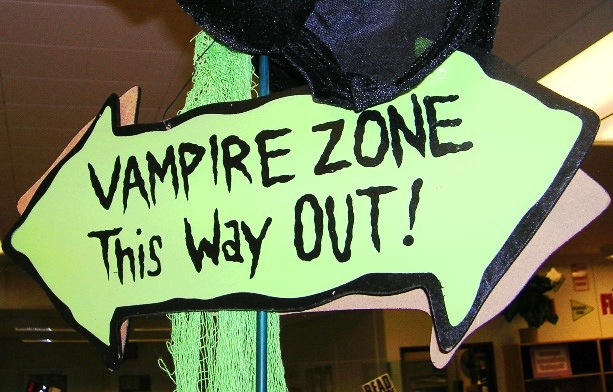 A pair of recently published studies show that transfusions of blood from younger individuals reverses the effects of aging in their elders, at least in mice. So, next time you watch a movie where the villain drinks the blood of the young to stay youthful, you’ll know it’s scientifically accurate.

One study, headed up by Saul Villeda of University of California, was published in Nature and shows that mice with cognitive impairments related to aging had their neural damage reversed by transfusions of blood from younger mice. The study still lacks an explanation for the phenomenon, but it also showed that injecting the younger plasma directly into the brain was even more effective at repairing the damage.

There was no word on how it works if the older mice bit the necks of the younger mice and sucked their blood, but I’ve seen several movies that suggest it’s even more effective. Movies don’t lie, right?

They currently believe that the anti-aging properties are related to higher levels of certain proteins in the younger blood that awaken stem cells, which begin creating brand new, “young” tissue. The other study, led by Harvard University’s Dr. Amy J. Wagers and published in Science, shows that high levels of the protein GDF11 in blood from younger mice repaired aging hearts in older mice.

Of course, human tests will be needed before you start harvesting your children BioShock-style, but the results are incredibly encouraging in the fight against Alzheimer’s, heart disease, and other age-related illnesses. They’re also very encouraging in the fight against teen vampire stories, because once parents start doing something, it becomes immediately uncool—even vampirism.

(via Sploid, image via Enokson)